Duelling guitars, a giant particle detector and a teenage scientist – move over, Alpenhorn, it's time to rock out at CMS 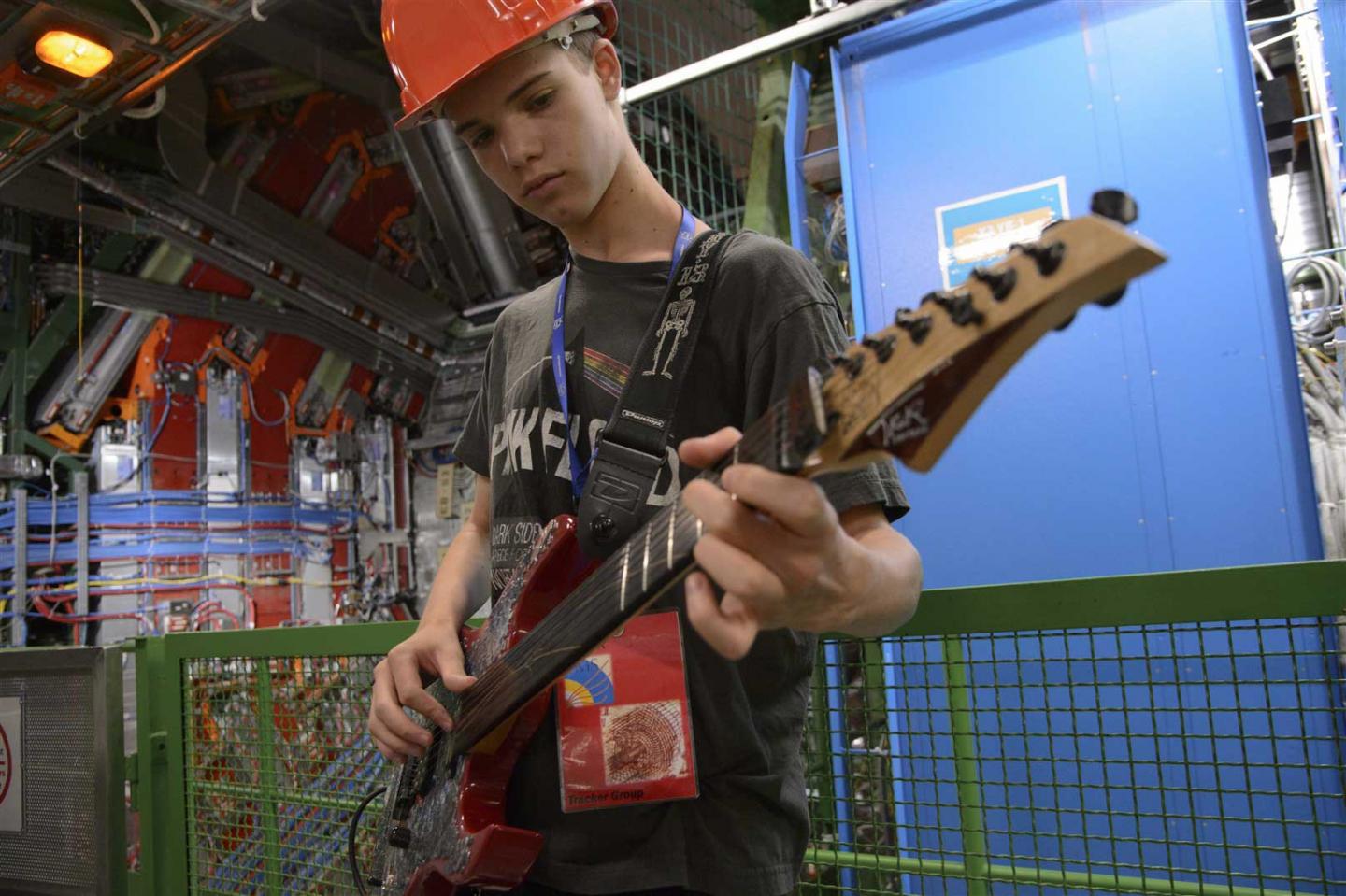 You may think a cavern containing one of the largest particle detectors in the world would be a strange place for an impromptu jam session. Physicist Piotr Traczyk doesn't. Which is why he spent an afternoon last week rocking out in the CMS cavern with Jonah Kohn, winner of the 2012 Google Science Fair Prize in the 13-14 age category.

“One day, a friend and I were trying to play the guitar in a class room,” says Kohn. “But it was so noisy that we couldn’t hear anything! We figured out that if you put your teeth on the head of the guitar, you can hear it through the vibrations.”

His project - Good Vibrations: Improving the music experience for people with hearing loss using multifrequency tactile sound – started from there. Kohn attempted to provide the hearing impaired with an improved experience of music by creating a device that converts sound into tactile vibrations.

His prize included a week as an international particle physicist, shadowing CMS physicist Verena Martinez Outschoorn for two days at Fermilab in the US and three days at CERN in Switzerland. During his tour of Fermilab, Kohn was introduced to the basics of particle physics. At CERN, he met many physicists with connections to music, including those appearing later this month at the Montreux Jazz Festival. He visited numerous experimental areas around CERN including ALICE, ATLAS and CMS.

“Being here was very interesting, I learnt a lot. I’ve seen a lot of things and quite a few I didn’t even know about,” he says. “I think the best part for me was in the CMS cavern… They had me playing the guitar with one of the physicists! That’s definitely something memorable.”

Although he doesn’t know yet what he wants to study later, Jonah shows great interest in neuroscience and engineering.