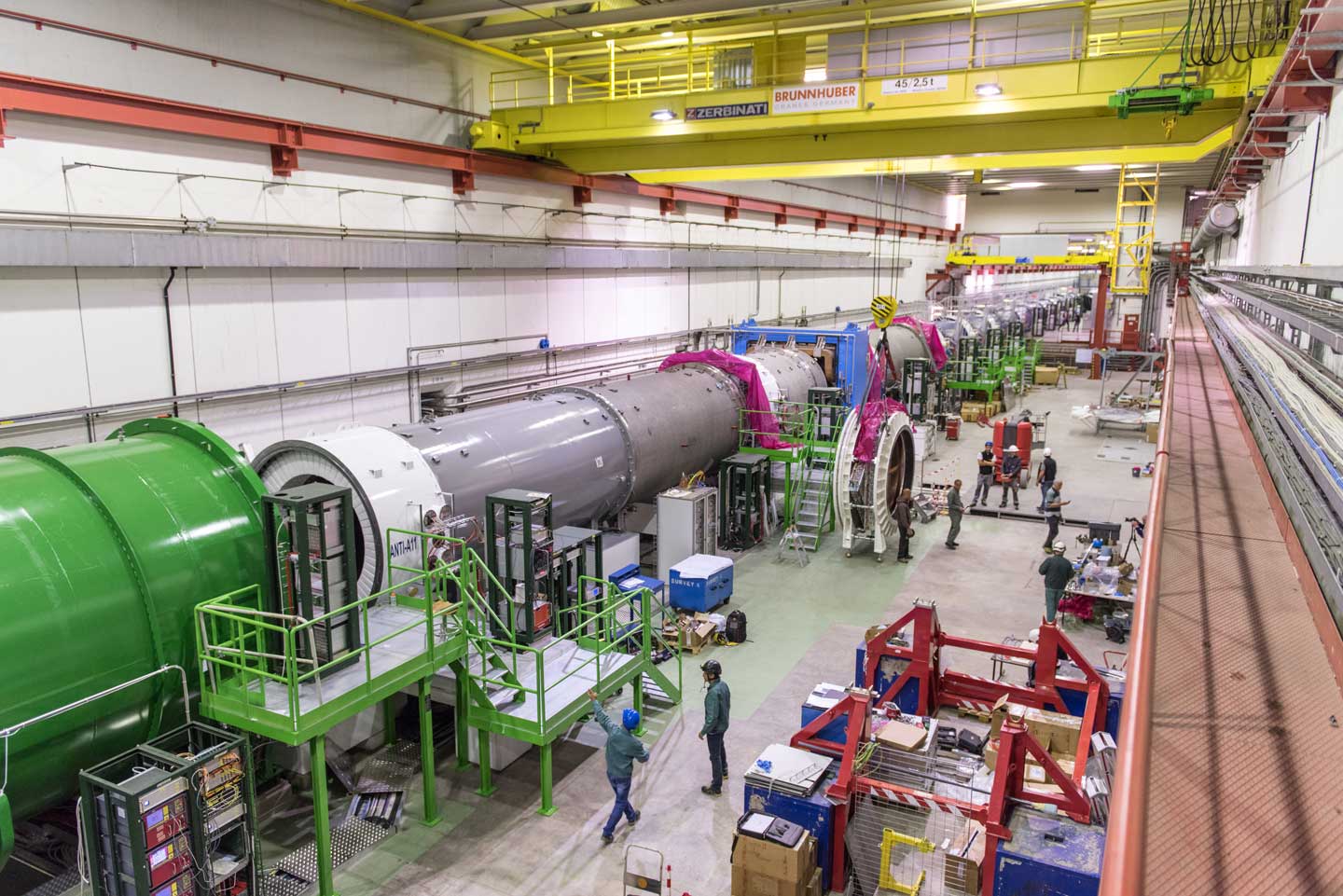 The NA62 Gigatracker is a jewel of technology: its sensor, which delivers the time of the crossing particles with a precision of less than 200 picoseconds (better than similar LHC detectors), has a cooling system that might become the precursor to a completely new detector technique.

The NA62 Gigatracker (GTK) is composed of a set of three innovative silicon pixel detectors, whose job is to measure the arrival time and the position of the incoming beam particles. Installed in the heart of the NA62 detector, the silicon sensors are cooled down (to about -20 degrees Celsius) by a microfluidic silicon device. “The cooling system is needed to remove the heat produced by the readout chips the silicon sensor is bonded to,” explains Alessandro Mapelli, microsystems engineer working in the Physics department. “For the NA62 Gigatracker we have designed a cooling plate on top of which both the silicon sensor and the readout chip are bonded.”

One hundred and fifty microchannels are etched in the ultrathin silicon cooling plate in which a coolant circulates and keeps the whole system at its operating temperature. Each of the microchannels is just 70 µm deep and the silicon plate is only a few dozen µm thicker. This means that the microchannel cooling system can be implemented in silicon trackers as the additional material the beam particles have to cross is minimised and therefore the influence on the particle track is reduced significantly compared to traditional cooling methods. The stable low temperature helps to reduce the radiation damage to the detector and therefore increases its lifetime in the harsh environment.

In the NA62 GTK, the sensors, readout electronics and cooling plates are all made of silicon. This is why the natural evolution scientists are thinking of is the integration of all the three components in one single device. “This is what we call a 'monolithic device',” explains Mapelli. “In particle physics experiments, it is very important to reduce the amount of material used in high-precision detectors. A single device incorporating the sensing layer, the electronics, and the services, such as the cooling, would be a very compact and thin system. It would also be less fragile than the current systems because it would require fewer manipulations. Finally, it would be more effective as the distance between the point where the heat is produced – namely the readout chip – and the coolant would be minimised.”

Experts in the CERN Physics department are currently working on future developments of this technology for high-energy physics detectors and beyond, as this technique could also be used in high-density computing, medical imaging and, more generally, in fields where images with sub-nanosecond time-measurement precision are used.