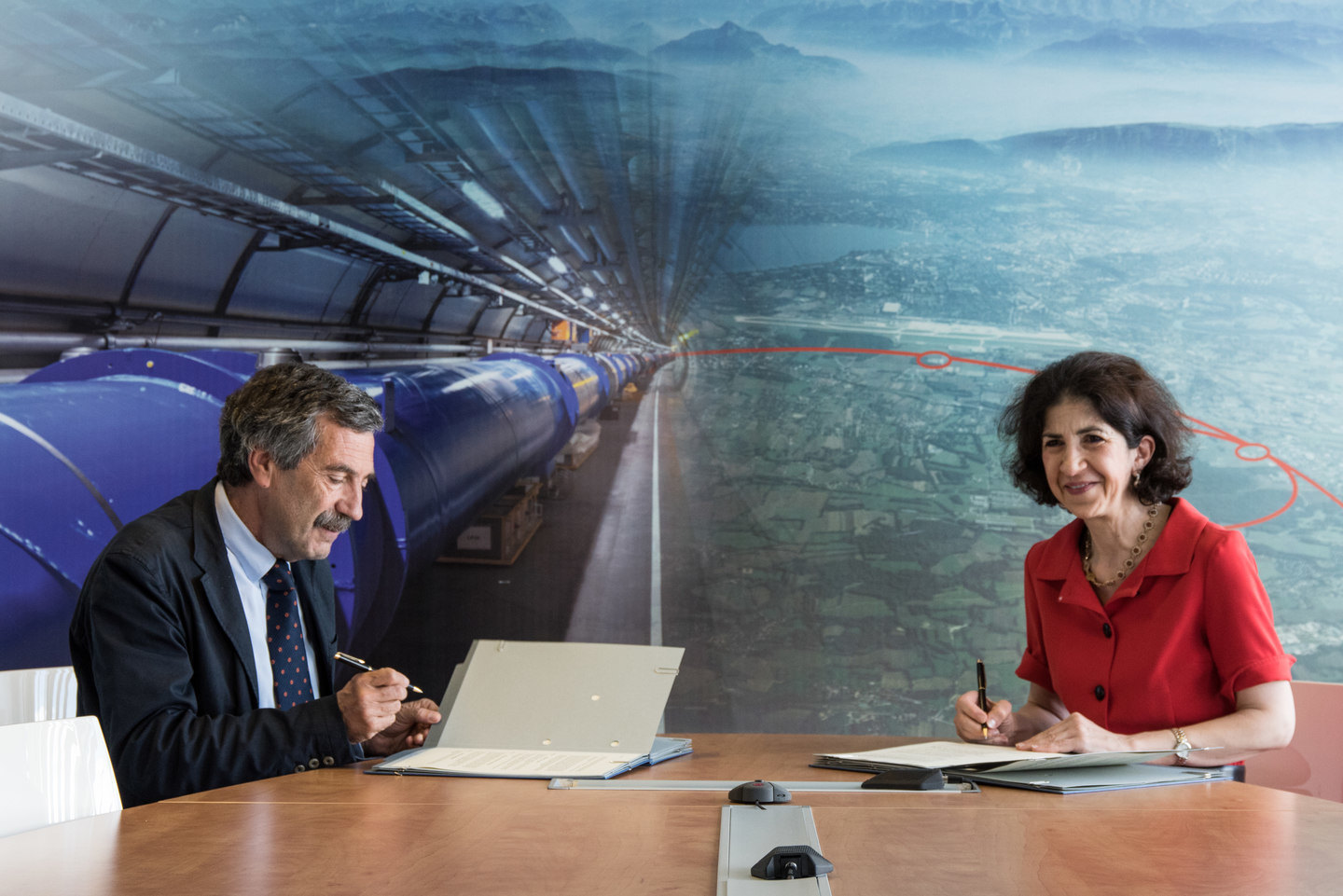 Today, CERN signed its ninth Business Incubation Centre (BIC) agreement, with the Italian National Institute of Nuclear Physics (INFN). The agreement was signed by Fabiola Gianotti, Director-General of CERN, and Fernando Ferroni, the President of the INFN.

Together, CERN and INFN will support the dissemination of technologies originating from high energy physics research, and maximise their benefits for society. The agreement will bring together innovators from academia, business and technology.

CERN and INFN will jointly set up a network of Italian BICs called the “Research to Innovation” (R2I) Network, composed of local offices in already established Italian BICs. INFN will act as the coordinator of the Italian BICs, who will have access not only to CERN’s expertise, but also to the international BIC network set up by CERN.

“Creativity and innovation flourish when people come together and share ideas,” says Dr. Speranza Falciano, the Vice President of INFN.

Italy is the ninth country to participate in CERN’s BIC Network scheme. France, Finland and Spain joined in 2015, and the other countries participating are Austria, Greece, the Netherlands, Norway and the UK. “The R2I Network will give direct access to CERN and INFN technologies and expertise to Italian entrepreneurs and actors of innovation,” said Giovanni Anelli, Head of the Knowledge Transfer Group at CERN.

The R2I-Network will support the development and exploitation of innovative ideas, including know-how, in technical fields broadly related to CERN’s activities in high energy physics. The technology domains where CERN has demonstrated itself as an international centre of excellence range from detectors, vacuum technology, and cryogenics to magnets and superconductors.

CERN’s international network of BICs currently supports twelve incubates based on CERN technologies. The startups have applications in domains as diverse as biotechnology, the oil & gas industry and material science.