Syukuro Manabe, Klaus Hasselmann and Giorgio Parisi receive the prize for their groundbreaking contributions to our understanding of complex physical systems 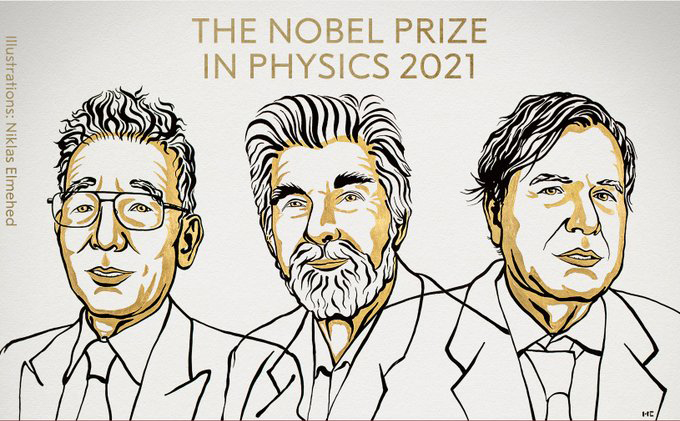 CERN congratulates Syukuro Manabe, Klaus Hasselmann and Giorgio Parisi on the award of the Nobel Prize in physics “for groundbreaking contributions to our understanding of complex physical systems”. Manabe and Hasselmann are recognised “for the physical modelling of Earth’s climate, quantifying variability and reliably predicting global warming” and Parisi received the prize “for the discovery of the interplay of disorder and fluctuations in physical systems from atomic to planetary scales”.

The prize recognises new techniques to describe complex systems, which are hard to understand, and predict their behaviour in the long term. Manabe’s work laid the groundwork for the development of current climate models, and Hasselmann’s techniques have been used to demonstrate that the increased temperature in the atmosphere is caused by human emissions of carbon dioxide. Parisi’s work meanwhile allowed the understanding and description of many different and apparently entirely random materials and phenomena, in physics, biology and beyond.

Early in his career, Parisi also made fundamental contributions to particle physics. Together with the Italian theoretical physicist Guido Altarelli, he derived the equations that describe how the probabilities of finding quarks and gluons inside a proton change as one varies the energy with which the proton is probed. These evolution equations are an essential element for interpreting data at accelerators, in particular from proton collisions at the Large Hadron Collider (LHC).