CERN at the WOMAD: The World’s Festival 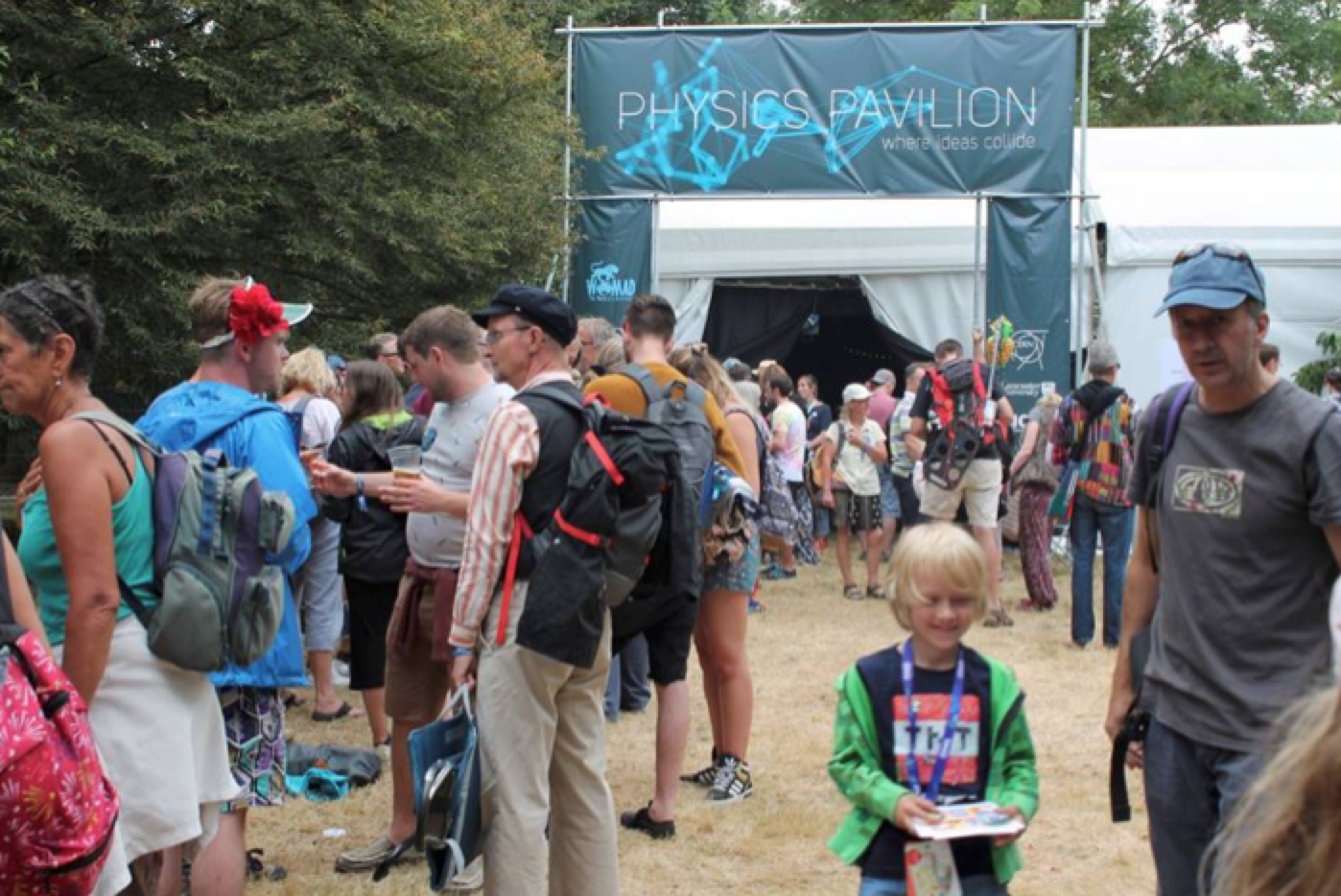 For the third consecutive year, CERN and its partners Lancaster University and the Institute of Physics, ran their popular Physics Pavilion at Peter Gabriel’s WOMAD Festival near Bristol (UK).

Since the huge success of the first year, WOMAD provided two additional new spaces – The Lab and the gazebo. The Lab offers hands-on ticketed workshops with new activities like the art of Science Rap, Programming a Humanoid Robot and the Physics of Gin. The gazebo proposes all day drop-in activities, with girls from Badminton School serving up interactive fun, and CERN Virtual Reality proving extremely popular.

CERN’s Thierry Stora, Jasper Kirkby and Simon Baird gave engaging talks about MEDICIS, CLOUD and CERN’s Accelerator System. And this year, a NASA collaboration brought a live link to the Goddard Space Flight Centre in Maryland, where Hubble telescope operations were explained to the audience.

New this time: CERN had a ‘Build an Accelerator’ workshop where participants could build a brand new device created in collaboration with Devoxx4kids and the HIDIOT in the UK, allowing them to solder and program a mini accelerator which shoots ‘particles’ around and even creates ‘collisions’. Many thanks to the IT department for the loan of 16 laptops!

This year, the Physics Pavilion also hosted the first CERN Alumni event in the UK. Those present enjoyed talks from Mike Large, physics graduate and Chief Operating Officer of the Real World and WOMAD groups and CERN Alumnus Spyridon Papadopoulos (who launched the new CERN Alumni London group at the event). The talks were followed by a networking drink which allowed alumni to (re)connect, debate subjects brought up during the talks as well as provide their ideas for the CERN Alumni Network.

If you have any ideas for talks or workshops at WOMAD or would just like to hear more, please contact connie.potter@cern.ch.

Two mystery boxes in the hands of a new pair ...