New toolbox, released by CERN and University of Bath collaboration, has applications in medical imaging and cancer diagnosis 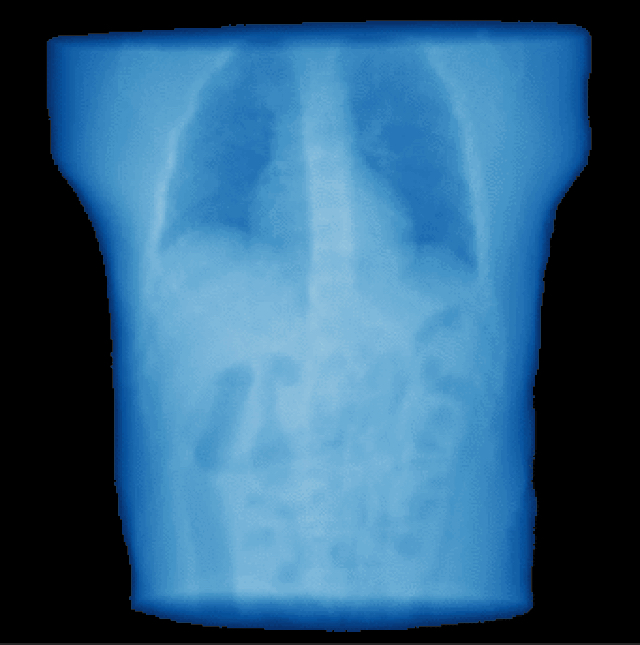 3D X-ray imaging of a patient’s lungs and thorax. The TIGRE toolbox provides a high resolution image with only 1/30th of the radiation for the patient (Image: Ander Biguri).

CERN and the University of Bath have released a new toolbox for fast, accurate 3D X-ray image reconstruction with applications in medical imaging and cancer diagnosis.

The software offers a very simple and affordable way to improve imaging and potentially reduce radiation doses for patients.

The toolbox is based on Cone Beam Computed Tomography (CBCT), a type of scanning process that takes a series of 2D X-ray pictures and that then processes them into a 3D image. As part of the collaborative project between CERN and the University of Bath, Ander Biguri, a PhD student at Bath, has reviewed a broad range of published CBCT algorithms and adapted them to be faster. Ander Biguri modified the algorithms to run on a laptop fitted with a GPU – the same graphic processor found inside video game consoles.

The new software means the medical imaging processing can run around 1000 times faster. Another strong point of the toolbox is that it makes it easier to compare reconstructions using different algorithms. The project was coordinated by Dr. Manuchehr Soleimani, from the University of Bath, and on the CERN side, by Dr. Steven Hancock and Prof. Manjit Dosanjh.

“Things that took days to process can be done in minutes on the laptop,” explains Steve Hancock.  “But it is not just about raw speed,” he adds.  “Using some of the other algorithms we can make an image to match the quality of current CT scanners but with fewer projections as input, and that means that we can potentially reduce the patient’s radiation dose by a factor of 10.”

The new software is collected in a repository called the Tomographic Iterative GPU-based Reconstruction (TIGRE) Toolbox, and is available open source. The collaboration hopes their open source approach will create a meeting point for academics and clinicians that will lead to the technology being adopted more widely and further developed.

The software creators benefited from the assistance of CERN’s Knowledge Transfer group – known as KT - dedicated to accelerating the transfer of CERN related innovation and whose aim is to maximise CERN’s positive impact on society.

“The Knowledge Transfer group helped bring the toolbox to its key stakeholders with a range of activities, from legal advice, licensing, management of the intellectual property, to the dissemination strategy,” says Tiago Araujo, KT Officer at CERN, who has been supporting the TIGRE team during the development phase with others.

“The team working on the TIGRE toolbox wanted it to be open source. In the Knowledge Transfer group, we strongly supported this idea, because it could help maximise the impact of their work on society,” says Charlyne Rabe, legal advisor in the KT group. “At CERN, we worked together with the University of Bath to ensure that the legal aspects were all in order before release,” she adds.

In addition, the TIGRE team was selected for CERN’s competitive Knowledge Transfer fund, receiving £58’000, which contributed to the funding and training of a Ph.D. student based in the UK.

The new toolbox is available under an open software license on GitHub. PhD student Ander Biguri presented the recent results of the TIGRE toolbox during the CERNEarly-Career Researchers in Medical Applications talks.