Nuclear physics at CERN: a hub for interdisciplinary research

Fundamental research at the ISOLDE and n_TOF facilities at CERN has applications in a wide variety of areas of astrophysics, medical physics, energy and more 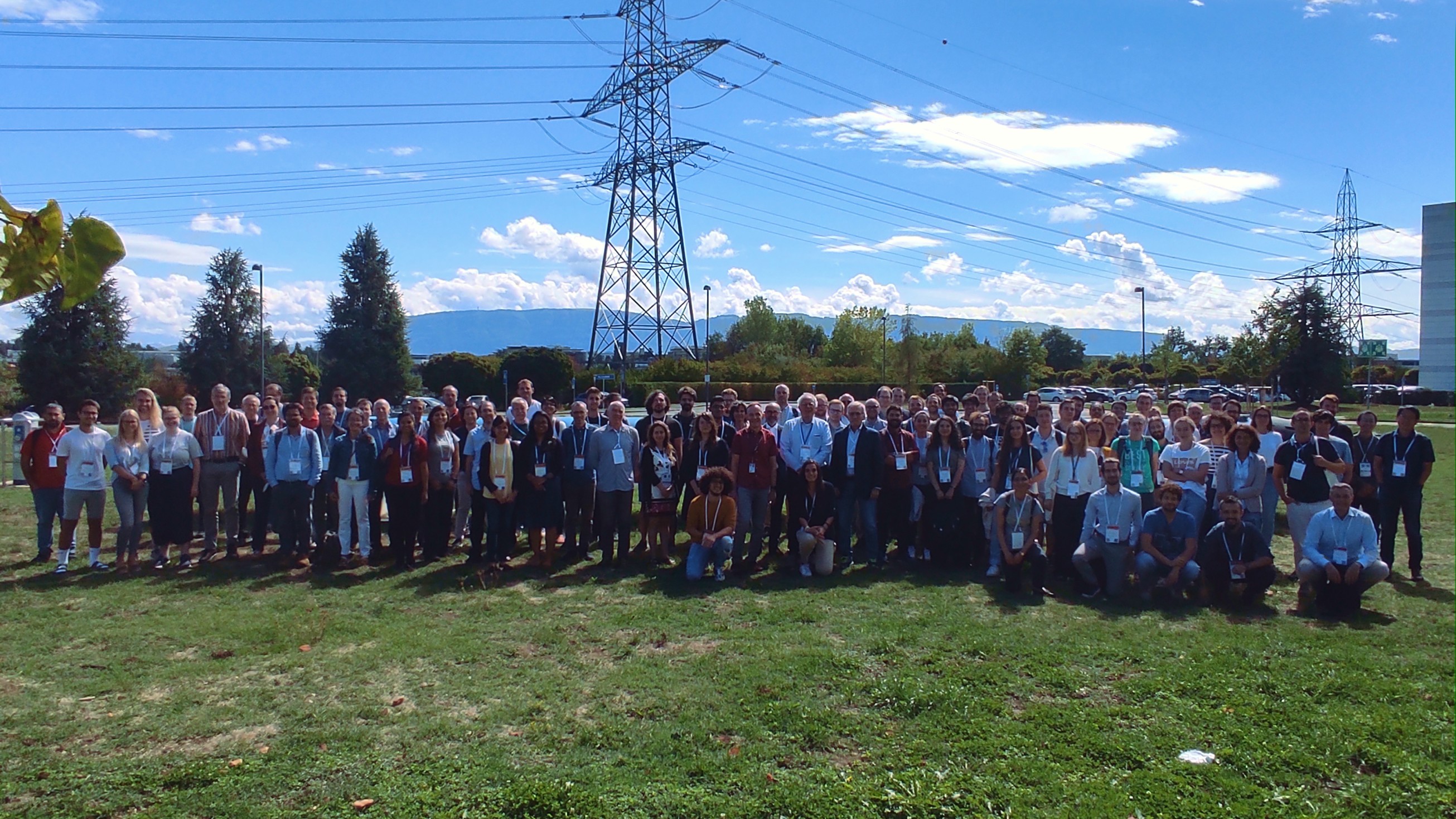 Participants in the NPA-X conference

For a week at the beginning of September, a surprisingly wide variety of physicists gathered in CERN’s Main Auditorium. The tenth edition of the Nuclear Physics in Astrophysics Conference (NPA-X), which takes place every two years, brought together experimental and theoretical nuclear physicists, astronomers, astrophysicists and cosmo chemists from all over the world to benefit from each other’s expertise. Each NPA is hosted by different collaborations, and this year it was hosted by ISOLDE (Isotope mass Separator On-Line facility) and n_TOF (Neutron Time of Flight). Based at CERN, these nuclear physics collaborations are at the core of CERN’s interdisciplinary research, with applications far beyond particle physics.

The many topics addressed at NPA-X included the evolution of stars, the formation of elements in the cosmos and nuclear processes involving exotic objects such as black holes.

One interesting example of interdisciplinary activities highlighted at NPA-X was piecing together clues about the Milky Way: astrophysicists had observed gamma rays radiating from its centre. Together with the nuclear physics community, they were able to determine what caused this, using their respective expertise.

“When stars explode, they produce aluminium-26, and you want to understand why and how much is produced,” said Alberto Mengoni, co-organiser of the conference and spokesperson for n_TOF. “This depends on the nuclear reactions that form and destroy Aluminium-26, which we study at n_TOF and ISOLDE.”

Using a lead target, n_TOF takes a pulsed proton beam from the Proton Synchotron (PS) and creates neutron beams with a range of energies. These beams are then directed towards a target, which allows scientists to determine the nuclear properties of a sample placed there.

ISOLDE operates in a similar way. A beam from the PS Booster is directed towards thick targets, causing it to disintegrate and produce a range of different isotopes. A low-energy beam from these isotopes can then be used to probe, for example, nuclear masses and decays. HIE-ISOLDE provides a higher-energy beam that can “mimic” reactions that occur in stars.

The fundamental research at these two facilities is essential for developing an understanding of the properties of elements in the periodic table, as well as the many different isotopes that exist.

Because of this, they attract more than 1000 users from a wide variety of areas. “I think this is probably one of the most scientifically diverse parts of CERN,” said Sean Freeman, spokesperson for the ISOLDE collaboration and conference co-organiser “with research across nuclear physics, fundamental interactions, atomic and molecular physics through to material science, medicine and biology.”

As well as in astrophysics, ISOLDE and n_TOF’s research has particularly useful applications in medicine. For example, the collaborations are sometimes approached with a list of requirements for an isotope used in cancer diagnosis. Freeman explained: “The nuclear physicists will answer questions like: “which isotope?”, “can we manufacture it?” and “what reactions and what targets can be used?” It’s a process of hearing what one side wants, and figuring out the nuclear physics input.”

Another highly relevant contribution  is to the development of nuclear energy. “We’re not for or against nuclear energy, but we are interested in the physics aspects of advanced nuclear technologies,” said Mengoni. “Managing waste is a huge issue for the acceptance of nuclear energy, and so n_TOF was initiated to help develop systems that reduce it.” The facilities also contribute to developing advanced nuclear reactors, with innovative solutions for improving reactor safety and efficiency.

Other areas of research range from condensed matter physics, such as probing the internal structure of solids and probing materials with potential use in quantum computing, to using nuclear magnetic resonance to help understand biological processes such as protein folding. And these examples just scratch the surface.

Similar conferences to NPA-X exist for these other applications of nuclear physics, where fruitful research and dialogue between disciplines is established.

“I think it is really important to build dialogue with scientists from other areas because it is then possible to understand the deep bond between different lines of research,” said Alice Manna, one of the NPA-X participants. “Moreover, these kinds of interactions allow us to explore what’s going on outside our own research field and feel part of a wider scientific community.”