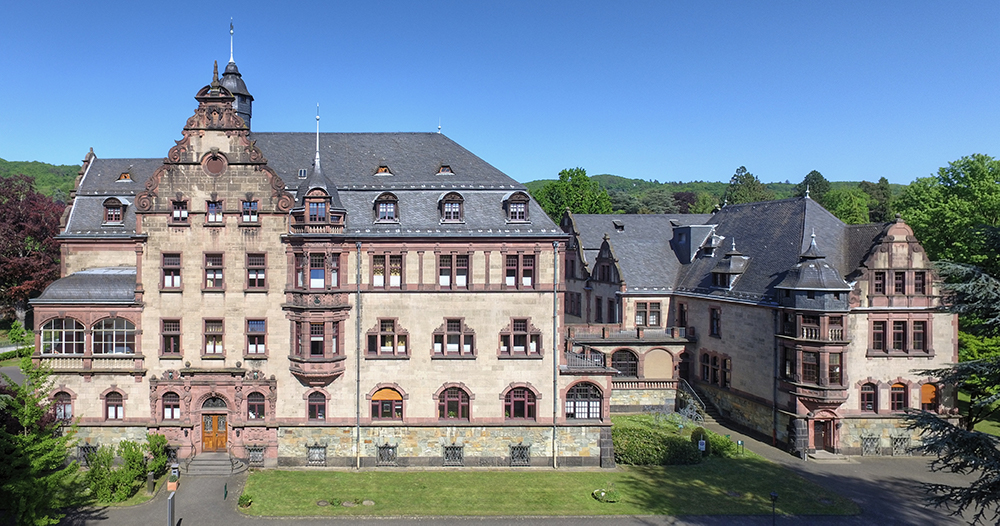 From 21 to 25 January, senior figures in European particle physics are gathering in the small town of Bad Honnef, Germany, for a week of intense discussions that will guide the future of fundamental exploration. The “strategy drafting session” marks a key stage of discussions for the update of the European Strategy for Particle Physics.

This update of the European Strategy for Particle Physics began in September 2017. A call for input in 2018 attracted 160 submissions from the entire community, which were discussed at an open symposium in Granada, Spain, in May 2019. A 200-page briefing book then distilled the input into an objective scientific summary that forms the basis for discussions in Germany this week. The recommendations are due to be approved formally by the CERN Council on 25 May at an event in Budapest, Hungary.

The focus of the latest strategy update, the third since 2005, is which major project should follow the Large Hadron Collider (LHC) once its high-luminosity phase comes to an end in the late 2030s. There is broad support for an electron–positron collider that will explore the Higgs sector in detail, as well as for a high-energy proton–proton collider at CERN. In Europe, the possible options are the Compact Linear Collider and the Future Circular Collider, while an International Linear Collider (ILC) in Japan and a large Circular Electron–Positron Collider in China are also contenders. The strategy update will also consider non-collider experiments, computing, instrumentation and other key aspects of growing importance to the field such as energy efficiency and communication.

During her annual address to personnel on 14 January, CERN Director-General Fabiola Gianotti acknowledged the enormous efforts that have gone into the strategy update, and said that she hoped that a recommendation on CERN’s next major collider would be among the strategy update’s priorities.

“The start of a new project in the early 2040s is crucial to keeping the community motivated and engaged,” said Gianotti, noting that CERN and Europe should also be open to participating in projects at the forefront of particle physics elsewhere in the world. “The Higgs boson is a guaranteed deliverable. It is related to the most obscure and problematic sector of the Standard Model and carries special quantum numbers and a new type of interaction. It is therefore a unique door into new physics, and one that can only be studied at colliders.”

The previous strategy update, which concluded in 2013, made several high-priority recommendations: the full exploitation of the LHC, including the high-luminosity upgrade of the machine and detectors; R&D and design studies for a future energy-frontier machine at CERN; establishing a neutrino programme at CERN for physicists to develop detectors for experiments at accelerator-based neutrino facilities around the world; and the welcoming of a proposal from Japan to discuss the possible participation of Europe in the ILC. The first three are well under way, while a decision on the ILC still rests with the Japanese government. Other conclusions of the 2013 update included the need for closer collaboration with the astroparticle and nuclear physics communities, which has been met, for example, via the recently launched centre for astroparticle physics theory (EuCAPT) and the new Joint ECFA-NuPECC-APPEC Seminar series, JENAS. There was also a call for greater scientific diversity, leading to the CERN-led Physics Beyond Colliders initiative, which will also form a central part of this week’s discussions.

This text was originally published on cerncourier.com.

Update 27 January: A statement was produced after the meeting outlining the next steps in the process.