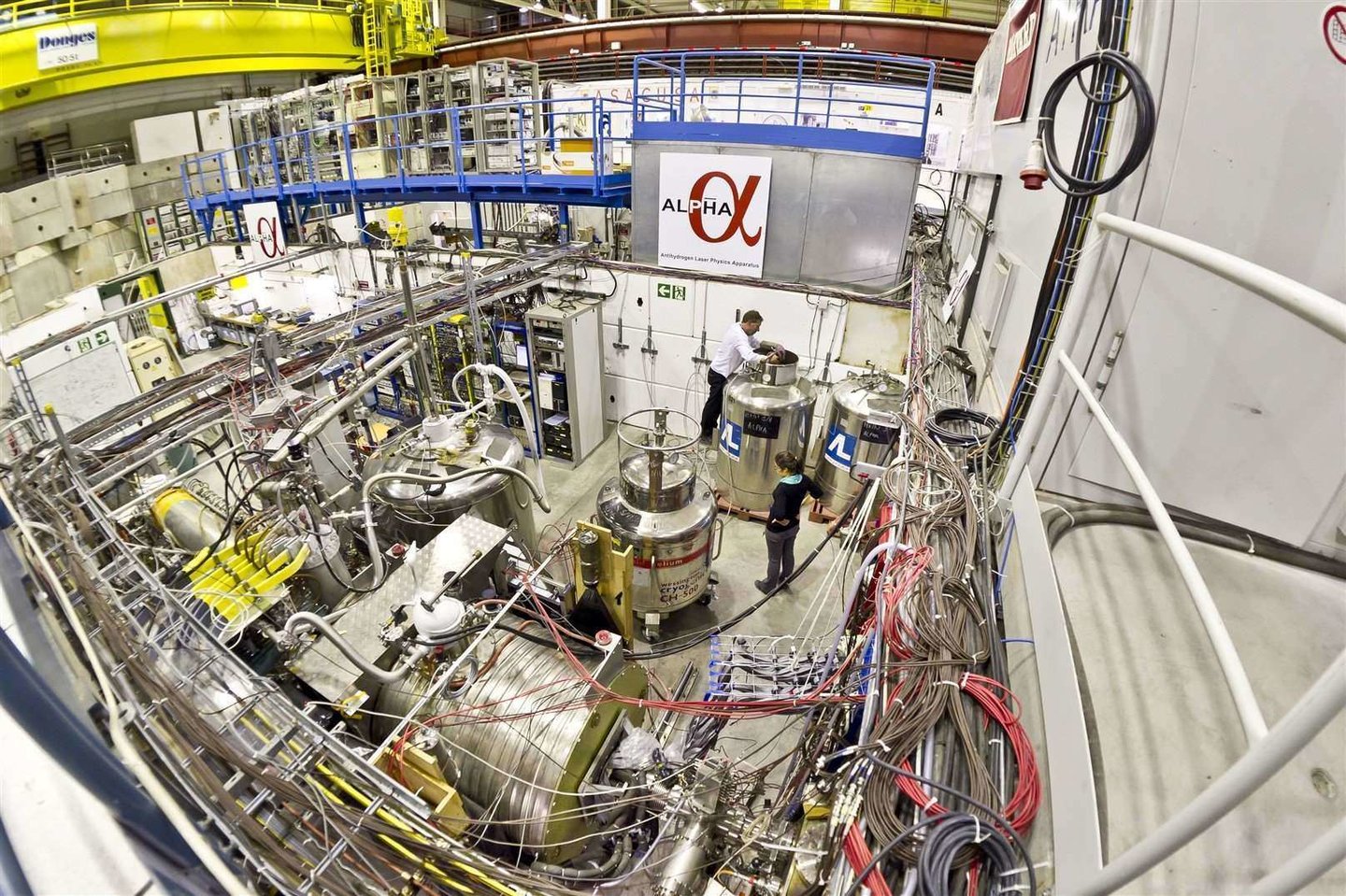 The ALPHA experiment, one of five experiments that are studying antimatter at CERN (Image: Maximilien Brice/CERN)

Twenty years ago a team of scientists at CERN led by Walter Oelert succeeded in producing the first atoms made of antimatter particles.

The nine atoms of antihydrogen – the antimatter counterpart of the simplest atom, hydrogen – were made at CERN’s Low Energy Antiproton Ring (LEAR) facility. This world premiere happened exactly 30 years after the discovery of the antiproton and opened a new chapter in the study of antimatter.

Comparisons of hydrogen and antihydrogen atoms constitute one of the best ways to make precise tests of differences between matter and antimatter. Their spectra are predicted to be identical, so any tiny differences would open a window to new physics, and could help in solving the antimatter mystery.

The atoms produced in 1995 remained in existence for about 40 billionths of a second, travelling for 10 metres at nearly the speed of light before being annihilated by ordinary matter and producing the signal that showed the anti-atoms had been formed.

Seven years later, CERN's Antiproton Decelerator (AD) made headlines around the world when the ATHENA and ATRAP experiments successfully produced large numbers of antihydrogen atoms for the first time.

Today, the AD serves five experiments that are studying antimatter in different ways: AEgIS, ALPHA, ASACUSA, ATRAP and BASE.

ALPHA – ATHENA’s successor – is specifically designed to trap antihydrogen particles for longer than its predecessors, so they can be studied in finer detail than ever before. The ALPHA collaboration has already measured the electric charge of an antiatom to a much higher precision than before. The ASACUSA collaboration, which also has high-precision studies of antihydrogen in its sights, has demonstrated the first-ever production of a beam of antiatoms.

Earlier this year further advances were made when the Baryon Antibaryon Symmetry Experiment (BASE) reported the most precise comparison of the charge-to-mass ratio of the proton to that of its antimatter equivalent, the antiproton. The study, which took 13,000 measurements over a 35-day period, showed that protons and antiprotons have identical mass-to-charge ratios.

The AEgIS experiment, which has just started operation this year, is designed specifically to measure the gravitational interaction of antimatter. Another, future experiment, GBAR, will make similar investigations.

These recent successes mark a growth in antimatter research that CERN’s AD can no longer keep up with, as more and more low-energy antiprotons are needed for experiments. An upgrade to the AD, called ELENA, will become operational in 2017. This is where GBAR will be installed.

ELENA will decelerate the antiprotons from the AD still further, allowing many more to be trapped by the experiments. With the additional ability to serve four experiments almost simultaneously, ELENA will usher in a new era in the investigation of the relationship between matter and antimatter in the universe.

For more read: "In the steps of the antiproton"