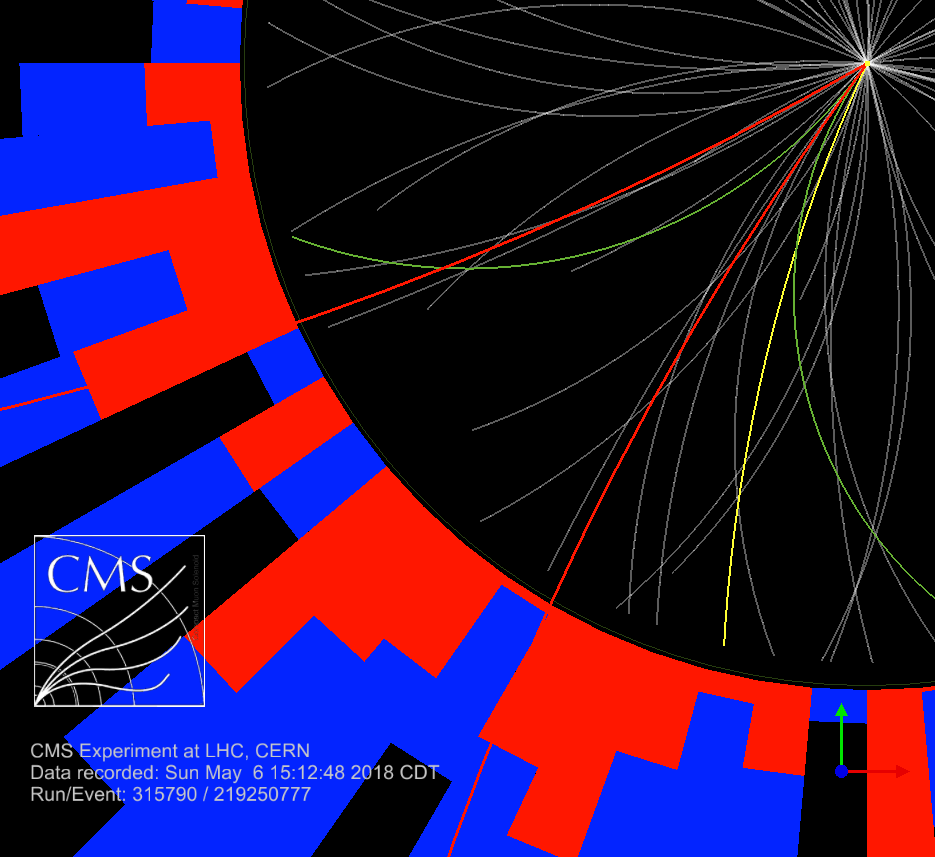 Just under three months after the final proton–proton collisions from the Large Hadron Collider (LHC)’s second run (Run 2), the CMS collaboration has submitted its first paper based on the full LHC dataset collected in 2018 – the largest sample ever collected at the LHC – and data collected in 2016 and 2017. The findings reflect an immense achievement, as a complex chain of data reconstruction and calibration was necessary to be able to use the data for analysis suitable for a scientific result.

“It is truly a sign of effective scientific collaboration and the high quality of the detector, software and the CMS collaboration as a whole. I am proud and extremely impressed that the understanding of the so recently collected data is sufficiently advanced to produce this very competitive and exciting result,” said CMS spokesperson Roberto Carlin.

Quantum chromodynamics (QCD) is one of the pillars of the Standard Model of elementary particles and describes how quarks and gluons are confined within composite particles called hadrons, of which protons and neutrons are examples. However, the QCD processes behind this confinement are not yet well understood, despite much progress in the last two decades. One way to understand these processes is to study the little known Bc particle family, which consists of hadrons composed of a beauty quark and a charm antiquark (or vice-versa).

The high collision energies and rates provided by the Large Hadron Collider opened the path for the exploration of the Bc family. The first studies were published in 2014 by the ATLAS collaboration, using data collected during LHC’s first run. At the time, ATLAS reported the observation of a Bc particle called Bc(2S). On the other hand, the LHCb collaboration reported in 2017 that their data showed no evidence of Bc(2S) at all. Analysing the large LHC Run 2 data sample, collected in 2016, 2017 and 2018, CMS has now observed Bc(2S) as well as another Bc particle known as Bc*(2S). The collaboration has also been able to measure the mass of Bc(2S) with a good precision. These measurements provide a rich source of information on the QCD processes that bind heavy quarks into hadrons. For more information about the results visit the CMS webpage.

The results were submitted to Physical Review Letters and presented at CERN this week.