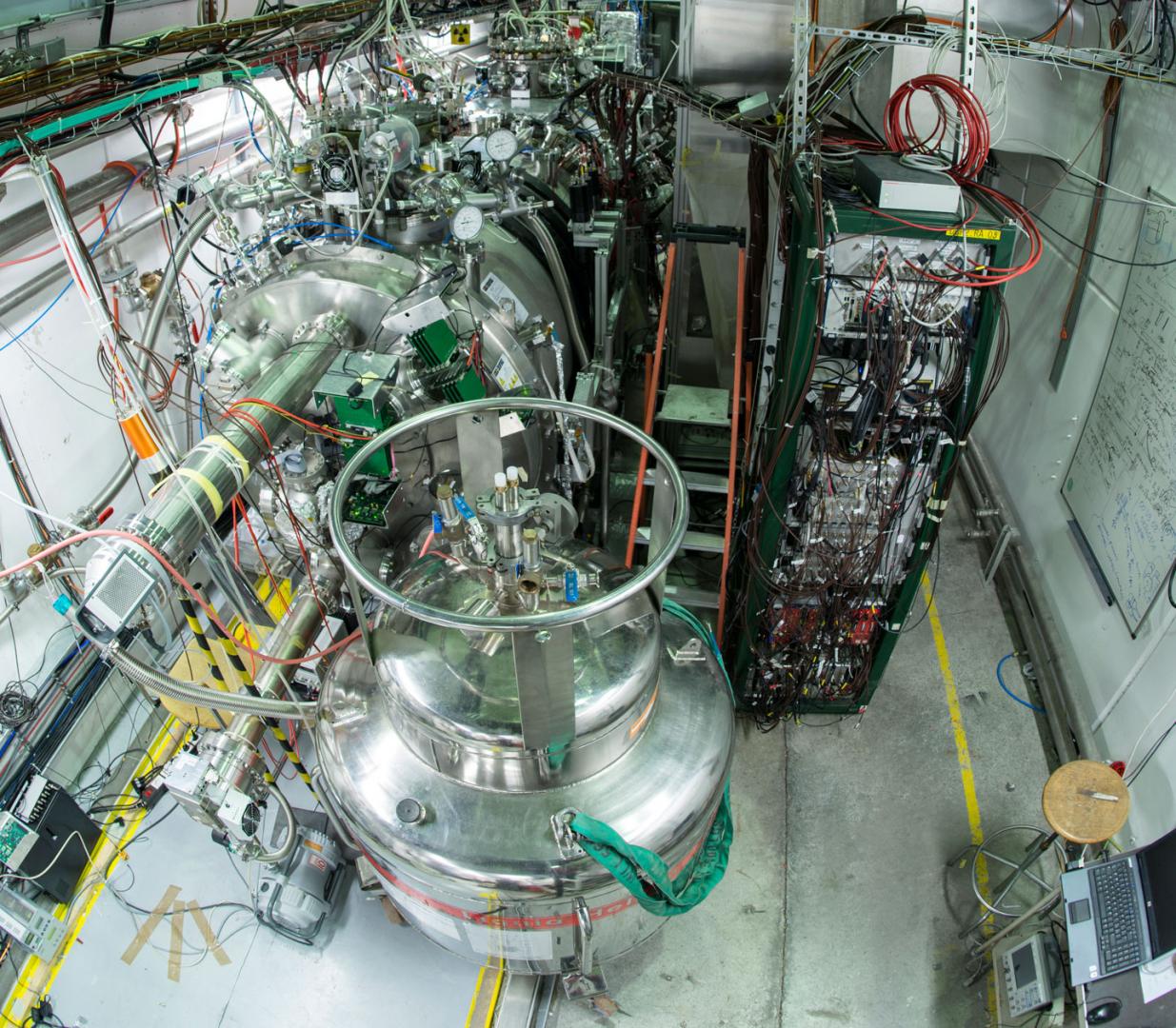 The AEGIS experiment in the antimatter hall at CERN aims to make the first direct measurement of Earth’s gravitational effect on antimatter (Image: CERN)

Imagine being able to 'inflate' an atom with a laser, then slow it down, catch it or bend it around corners. At the AEgIS experiment at the Antiproton Decelerator, Stephen Hogan of University College London and an international team of collaborators are trying to do just that.

AEgIS is designed to test whether antimatter complies with the weak equivalence principle (WEP), a mathematical concept that states that the acceleration experienced by a particle in a gravitational field is independent of its mass and composition. The principle has been tested with very high precision for matter, but never for antimatter. If results from AEgIS show that the gravitational acceleration of antimatter in the Earth’s gravitational field is different to that of matter, this could provide clues to why our universe is now dominated by matter, even though matter and antimatter were created in equal amounts during the big bang.

So far, Hogan has worked with matter. “We use lasers at precisely defined wavelengths to stimulate atoms to highly excited ‘Rydberg’ states where the electron charge is ‘spread’ out around the atom,” says Hogan, “Enrico Fermi called atoms in these states ‘fat atoms’.”

AEgIS will accelerate antihydrogen atoms in excited states to precisely defined velocities to study the internal structure of antiatoms and measure the acceleration of antimatter in the Earth’s gravitational field.

“We know that in our observable universe there is an asymmetry between matter and antimatter, but there is no consensus among the theorists as to why this is," says Hogan. "If gravity is different for antimatter, this might give us a clue. The results of our experiment will help guide us toward an appropriate theory.”