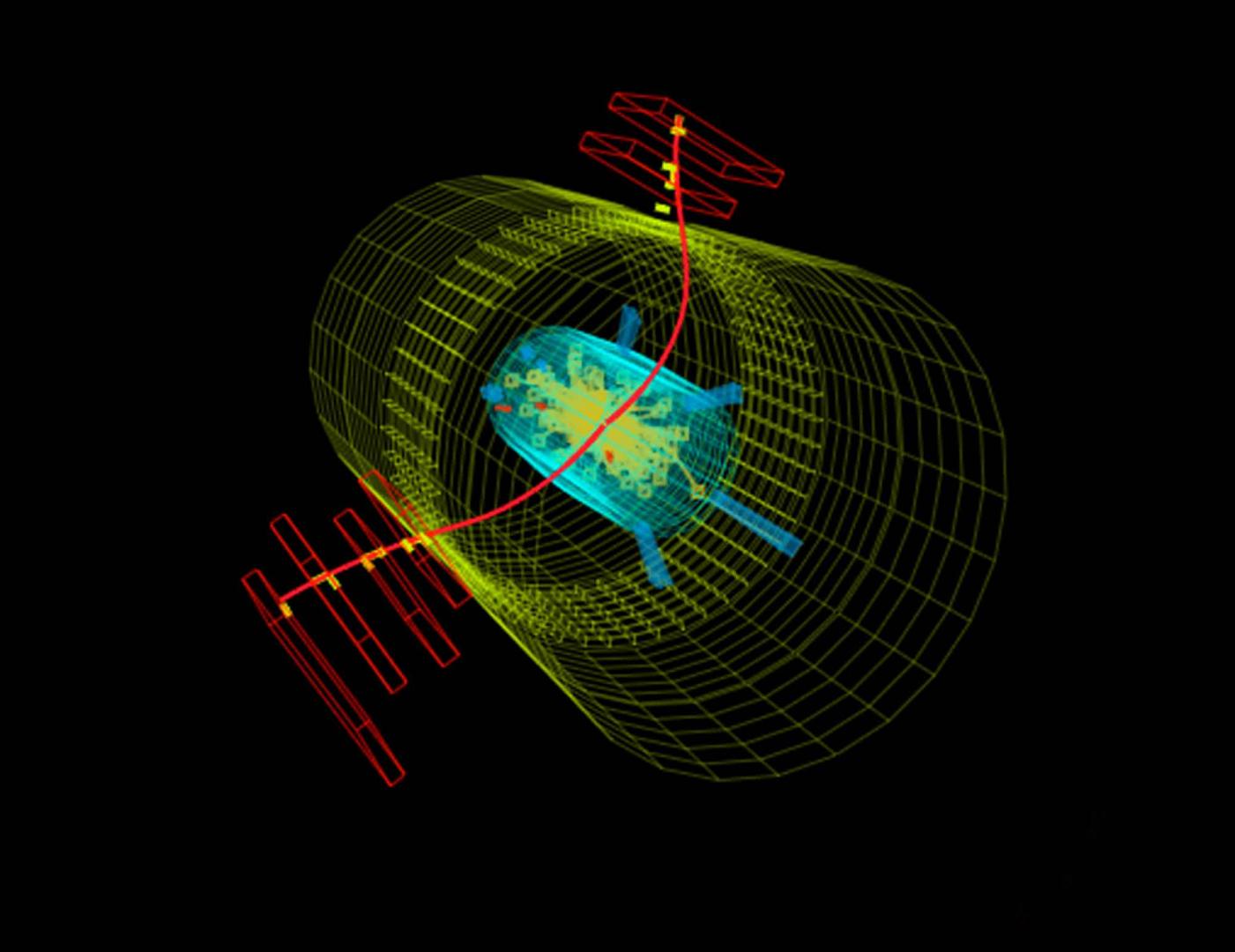 <em>Muons (red lines) fly out from a collision in this event display from the CMS detector (Image: CMS/CERN)</em>

In the past few years, the four main experiments at the Large Hadron Collider (LHC) have made some of their data available to the public. This year, several of the detectors have added a scattering of Higgs-candidate events into the mix.

Physicists from ATLAS, ALICE, CMS and LHCb carefully selected a sampling of their data for use in education and outreach. For instance, CMS has posted more than 100,000 collision events containing electrons, muons, top quarks, W and Z bosons and more.

Although the samples are just a tiny fraction of what the experiments actually produce, they have been popular among students and educators, especially in the International Masterclasses. Running from 26 February to 22 March, International Masterclasses, which are organized at TU-Dresden in the framework of the International Particle Physics Outreach Group, allowed students and teachers from 37 countries to get out of the classroom and spend a day at a university or a research laboratory. Students who came to CERN met with physicists in the morning and had the opportunity to analyze experimental data in the afternoon.

“Students are assigned to look at events, figure out what sort of particles they’re looking at and learn about the physics that goes on here,” says CMS physicist Tom McCauley, who helped to develop the tools. The Higgs-candidate events were a new addition this year—one that the students were excited to see. “We sprinkled just a handful into each group,” says McCauley. “It wasn’t enough to do full analysis, but it was an Easter egg, or a surprise… they were pretty happy with it.”

All four of the main LHC experiments host their own masterclasses and have released event data with varying levels of public access, but all the information allows students, their teachers and members of the general public the unique opportunity to work with real data from the LHC and see some of what the physicists actually saw when they discovered a Higgs boson.

Check out examples of public datasets from CMS and ATLAS