In memory of André Mischke, by the ALICE collaboration 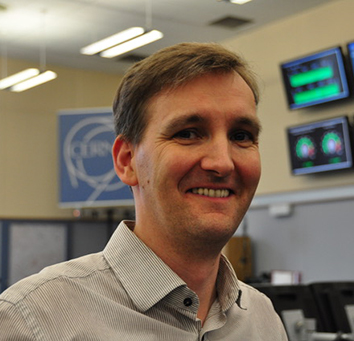 On Thursday, 8 November 2018, André Mischke passed away at the age of 46. He had been fighting a serious illness for more than a year, but had always been upbeat and optimistic about his recovery and the news of his passing came unexpectedly for many of us.

André had been involved in ALICE from before data-taking began and worked in the field of heavy flavour physics. He was one of the first to perform analysis on this topic in the Netherlands, starting with open heavy flavour, in particular D* resonances, and later moving on to heavy flavour leptons and jets. André attracted and supervised a large number of PhD students and postdoc fellows from different countries who took  part in these studies, and many of them are still working with us at ALICE or in the field of heavy ion physics. Besides his research at ALICE, he also had an interest in developing medical applications for detector technology. In his work, André was always looking ahead and was very enthusiastic about new projects and future experimental programmes.

André had a keen sense for making new connections and was very passionate about training a new generation of researchers and stimulating young colleagues to participate in physics discussions. To this end, he co-organised several events in the Hot Quarks workshop series, which specifically targets young researchers, participated in several juries for prizes at conferences and was a founding member of the Young Academy of Europe. In addition, André brought several larger meetings to Utrecht, including the Heavy Flavour Workshop in 2012 and the Strange Quark Matter conference in 2017.

At the university, André was active in teaching at the Bachelor’s and Master’s levels, in shaping the curriculum of the courses and in supervising research projects.

André had an extensive network of colleagues and friends in the field, not only within the ALICE collaboration, but also in other experiments, such as STAR at RHIC, as well as among theoretical physicists. We remember André as an enthusiastic physicist and we will miss his presence at meetings and in discussions. Our thoughts go out to his wife and daughter and the other members of his family.