Two teams of high-school students, one from the International School of Geneva, Campus des Nations, Switzerland, and one from the Werner-von-Siemens-Gymnasium in Berlin, Germany, have won the 2020 Beamline for Schools competition 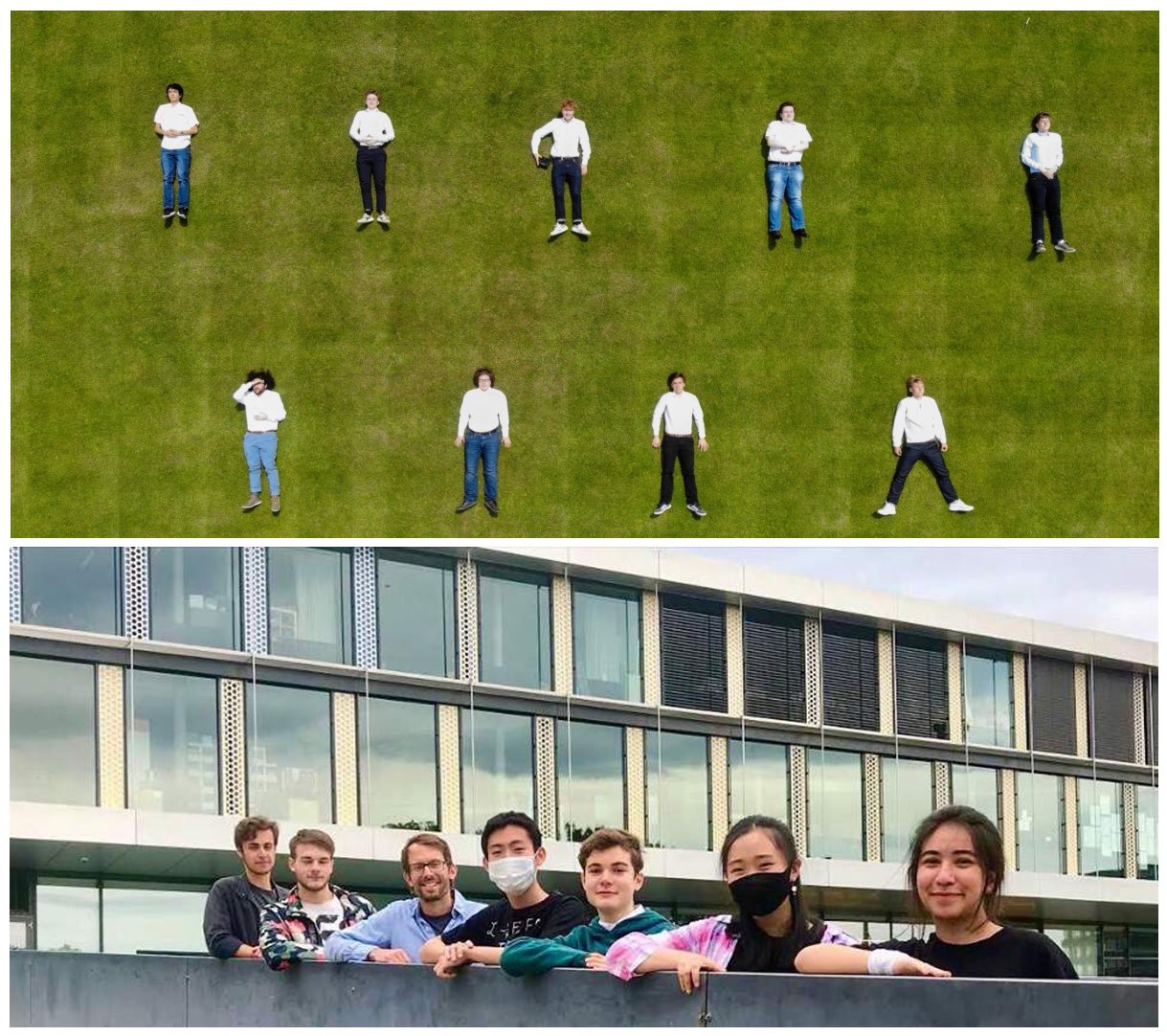 Winners of the CERN Beamline for Schools 2020: Team ChDR Cheese (above) from the Werner-von-Siemens-Gymnasium in Berlin, Germany, and Team Nations' Flying Foxes (below) from the International School of Geneva, Switzerland.

Geneva and Hamburg, 15 June 2020. Two teams of high-school students, one from the International School of Geneva, Campus des Nations, Switzerland, and one from the Werner-von-Siemens-Gymnasium in Berlin, Germany, have won the 2020 Beamline for Schools competition (BL4S). Later this year, the winning teams will be invited to the DESY research centre in Hamburg, Germany, for the opportunity to carry out their proposed experiments together with scientists from CERN and DESY.

Beamline for Schools, an international competition open to high-school students from across the world, invites submission of proposals for an experiment that uses a beamline. Beamlines deliver a stream of subatomic particles to any given set-up, making it possible to study a broad variety of properties and processes in various scientific disciplines. They are operated at laboratories such as CERN and DESY. Due to the second Long Shutdown of CERN’s accelerators for maintenance and upgrade, there is currently no beam at CERN, which has opened up opportunities for partnerships with laboratories such as DESY during this period.

"DESY is very pleased to welcome the BL4S competition for the second time," says Helmut Dosch, Chairman of the DESY Board of Directors. "The preparations must have been even more challenging for the students this year, but the high number of participants proves how popular this competition is. We are looking forward to meeting the next generation of scientists in autumn.”

“We look forward to welcoming this year’s winners to DESY. With the difficult situation worldwide, we are particularly grateful for and overwhelmed by the record number of entries. Students across the globe organised themselves via videoconferences and teamed up even across countries – an undoubtedly extraordinary and experience-rich situation for everyone,” said Sarah Aretz, BL4S project manager.

The two winning teams of 2020 have proposed two very different experiments. This illustrates the wide spectrum of research questions that are possible within the boundary conditions of BL4S. The team Nations' Flying Foxes from Switzerland wants to detect a particle known as Δ+ Baryon. When high energy electrons interact with protons, these protons can be converted into the Δ+ particle. As the particle has a very short lifetime, the team will have to look for indirect signatures pretty much in the same way as short-lived particles are detected in the large experiments at CERN and DESY.

“From the first brainstorming session for ideas two years ago, to finally going to DESY in a few months – this has been an amazing journey. What an incredible moment! This will truly shape our academic careers well into the future,” said Mikhail Slepovskiy from the Nations’ Flying Foxes team.

The team ChDR Cheese from Germany wants to use a physics effect known as Cherenkov Diffraction Radiation (ChDR) as the basis of an innovative technology for the diagnosis of particle beams in accelerators. When particles move along certain materials such as fused silica, photons can be created while the particle beam itself is not disturbed. The properties of these photons, however, provide information about the beam that is valuable for the accelerator control system.

“Hearing that we had won baffled all of us. It was like a dream come true. We are tremendously grateful to DESY and CERN for giving us this incredible opportunity and cheering us up in such trying times,” said Tobias Baumgartner from the ChDR Cheese team.

Beamline for Schools is an Education and Outreach project funded by the CERN & Society Foundation and supported by individual donors, foundations and companies. For 2020, the competition is partly supported by the Wilhelm and Else Heraeus Foundation with additional contributions from the Arconic Foundation as well as from the Ernest Solvay Fund, managed by the King Baudouin Foundation.

CERN, the European Organization for Nuclear Research, is one of the world's leading laboratories for particle physics. The Organization is located on the French-Swiss border, with its headquarters in Geneva. Its Member States are: Austria, Belgium, Bulgaria, Czech Republic, Denmark, Finland, France, Germany, Greece, Hungary, Israel, Italy, Netherlands, Norway, Poland, Portugal, Romania, Serbia, Slovakia, Spain, Sweden, Switzerland and the United Kingdom. Cyprus and Slovenia are Associate Member States in the pre-stage to Membership. Croatia, India, Lithuania, Pakistan, Turkey and Ukraine are Associate Member States. The European Union, Japan, JINR, the Russian Federation, UNESCO and the United States of America currently have Observer status.

About the CERN & Society Foundation:

The CERN & Society Foundation is a charitable foundation established by CERN to fund a programme of projects. These projects, in the areas of education and outreach, innovation and knowledge exchange, and culture and creativity, are inspired or enabled by CERN, but lie outside of its specific research mandate. The Foundation seeks the support of individuals, trusts, international organizations and commercial entities to help make these projects happen, and spread the CERN spirit of scientific curiosity for the inspiration and benefit of society.

DESY is one of the world’s leading particle accelerator centres. Researchers use the large‐scale facilities at DESY to explore the microcosm in all its variety – ranging from the interaction of tiny elementary particles to the behaviour of innovative nanomaterials, the vital processes that take place between biomolecules and the great mysteries of the universe. The accelerators and detectors that DESY develops and builds at its locations in Hamburg and Zeuthen are unique research tools. DESY is a member of the Helmholtz Association, and receives its funding from the German Federal Ministry of Education and Research (BMBF) (90 per cent) and the German federal states of Hamburg and Brandenburg (10 per cent).