The centenary of Bruno Pontecorvo 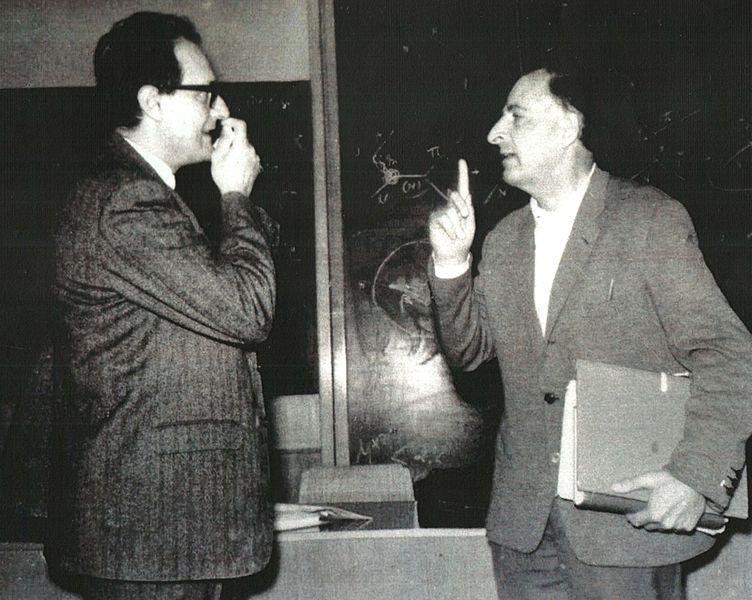 Italian physicist Bruno Pontecorvo is remembered for his far-reaching insights, some of which have represented milestones in modern physics. This year, on the centenary of his birth, a conference in Rome (11-12 September) and a workshop and exhibition in Pisa, Italy (late October to December) will celebrate his life and work.

Pontecorvo was born in Marina di Pisa, Italy, on 22 August 1913. At the age of 16 he began to study engineering at Pisa University, but after two years decided to change to physics at La Sapienza University in Rome. There he obtained his degree in 1933 and became an assistant of the great physicist Enrico Fermi, contributing in 1934 to Fermi’s experiment on slow neutrons that led the way to the discovery of nuclear fission.

In 1936 Pontecorvo moved to Paris to work with Irène and Frédéric Joilot-Curie, but when the Nazis invaded Paris in 1940, he fled for the US. In 1943 he moved to Canada, where he not only worked on the design and operation of the Chalk River nuclear reactor, but also found time for fundamental research on muons. He also realized that it might be possible to detect neutrinos emitted by a nuclear reactor and proposed the technique that was later used by Raymond Davis to detect neutrinos from the Sun.

Pontecorvo later moved to the UK to work at the Harwell Atomic Energy Research Establishment. But in 1950, he left abruptly with his family for the Soviet Union and joined the Institute of Nuclear Problems at Dubna. It was there that he made the contributions to neutrino physics for which he is best remembered.

In 1959 he showed that neutrinos produced in the decays of particles from an accelerator could be observed with big detectors and proposed an experiment to find out if electron and muon neutrinos differ from each other. The successful implementation of such an experiment – independently proposed – at the Brookhaven Laboratory in the US in 1962 marked the beginning of high-energy neutrino physics at accelerators.

Most famously, Pontecorvo suggested in 1957 that neutrinos might "oscillate" - change from one type to another. The eventual discovery of neutrino oscillations by the Super-Kamiokande experiment in Japan was a triumph for Pontecorvo’s idea, but it came nearly a decade after his death. The continuing study of neutrino oscillations – and the necessary small neutrino masses – is a key area of modern particle physics.

Pontecorvo died on 24 September 1993 in Dubna, Russia. The prestigious Pontecorvo Prize was instituted in his memory in 1995. The prize, awarded annually to an individual scientist, recognizes "the most significant investigations in elementary particle physics", as acknowledged by the international scientific community.