Celebrating science for peace and development with the UN

Watch the celebrations, streaming live from the United Nations Headquarters in New York from 10am EDT 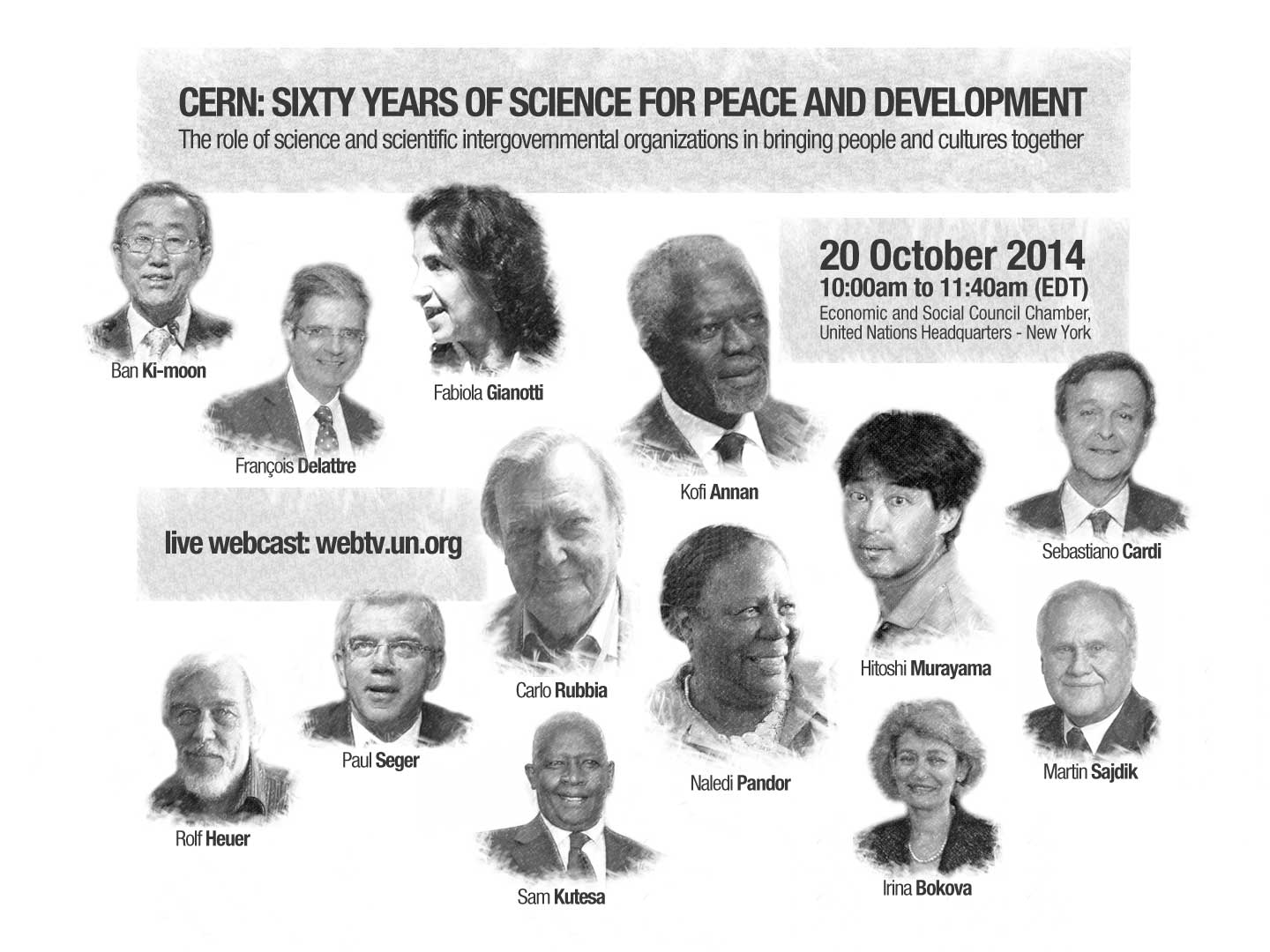 This year CERN has been celebrating its 60th anniversary with a series of events in Geneva, at the UNESCO headquarters in Paris, where the CERN Convention was signed, and in its Member States.

The celebrations will be brought to a close with a special high-level event at the United Nations Headquarters in New York (today from 10.00am to 11.40am EDT), sealing the close relationship between the two Organizations.

“CERN is delighted to celebrate its 60th anniversary at and with the United Nations”, says Rolf Heuer, CERN Director-General. “With this event we wish to promote a more effective dialogue between science and international affairs, and to openly exchange views on how science can be more integrated into global and national decision-making processes for the benefit of all.”

Under the chairmanship of the President of the United Nations Economic and Social Council (ECOSOC), Ambassador Martin Sajdik, the event will host a series of speeches from eminent scientists and world leaders who will highlight, from their very personal point of view, the role that science has played in peaceful collaboration, innovation and development.

Science has the potential to significantly impact all three dimensions of sustainable development – economic, social and environmental,” says Mr Martin Sajdik, President of the United Nations Economic and Social Council (ECOSOC). “The international community must consciously and deliberately work to ensure that advances in science and technology have positive effects towards that end”.

Keynote speakers Prof. Carlo Rubbia, Nobel Physics Laureate, Senator for Life and former CERN Director-General, and Mr Kofi Annan, Nobel Peace Laureate, Chair of the Kofi Annan Foundation and former UN Secretary-General, will talk about the role that science played in the last decades in bringing people together. Hitoshi Murayama, Director of the Kavli Institute for the Physics and Mathematics of the Universe, University of Tokyo, and professor at the University of California, Berkeley and Naledi Pandor, Minister for Science and Technology of the Republic of South Africa will talk about what science can do for contributing to the solution of pressing global issues.

Invited representatives of the world of politics, diplomacy and science will animate an interactive discussion, introduced by Prof. Fabiola Gianotti, CERN senior scientist and Member of the Scientific Advisory Board to the UN Secretary-General.

The event, opened by Mr Sam Kutesa, President of the 69th General Assembly of the United Nations and Mr Ban Ki-moon, UN Secretery-General, is co-sponsored by the Permanent Missions to the UN in New York of the two CERN Host States, Switzerland and France.

This event is the last in a series of CERN60 celebrations organized by CERN. Additional events organized in CERN’s Member States continue, see the CERN60 website for full details.