With Linac2 up and running, the countdown to beam in the LHC has begun: next in line is the PS Booster 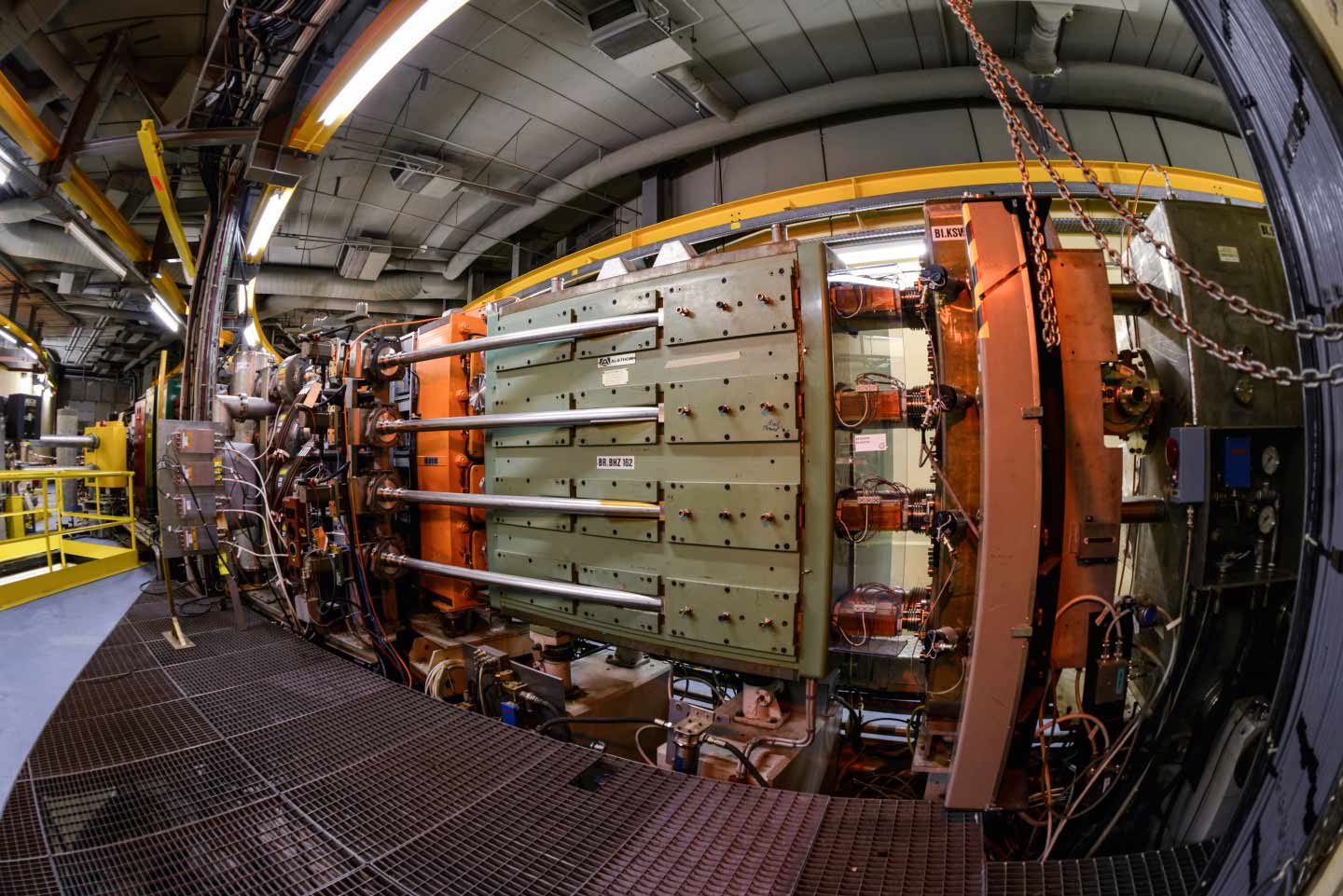 With Linac2 already up and running, the countdown to beam in the LHC has begun! The next in line is the PS Booster, which will close up shop to engineers early next week. The injector will be handed over to the Operations Group who are tasked with getting it ready for active duty.

Over the coming two months, the Operations Group will be putting the Booster's new elements through their paces. "Because of the wide range of upgrades and repairs carried out in the Booster, we have a very full schedule of tests planned for the machine," says Bettina Mikulec, PS Booster Engineer in Charge. "We will begin with cold checks; these are a wide range of tests carried out without beam, including system tests with power on/off and with varying settings, as well as verification of the controls system and timings."

Among the many major improvements, almost 80% of the Booster's Front End Computers were renovated in the framework of the ACCOR project - the largest percentage of changes in any machine during LS1. This resulted in massive changes in the accelerator's controls system, for which the Controls group as well as most of the equipment groups were heavily involved. "Dry runs have been carried out to test the control system modifications, but the cold checks will allow for a detailed verification of the system as a whole," says Mikulec. "During these checks, the Controls group together with the equipment experts will have to be very responsive to any issues we spot, so that we will be ready for beam at the end of the month."

One of the more significant improvements to the injector has been the installation of new power converter controllers, FGC3s. These are the newest generation of CERN power converter controllers, and build on the previous generation used in the LHC. The new generation of FGC is expected to replace the obsolete controllers across the whole injector chain. "We will be learning how to operate the new system with the small corrector magnets and look forward to benefitting from its improved performance," says Mikulec. "As the first injector to receive such an upgrade, these performance tests are vital not just for us, but also for the other accelerators."

The Booster's new alignment will also be under the scrutiny of the Operations Group. "Over the past 40 years, many machine elements have moved and often on purpose," explains Mikulec. "We have the difficult situation of having four rings that often have elements in common, like the main quadrupoles. Previously, when a change of the particle orbit was needed, it would sometimes require us to physically move and titl the quadrupoles. Connecting orbit correctors to the new power converter controllers finally allows us to steer the beams without moving the magnets." However, these many "misalignments" were ingrained in the typical operation of the injector - so the Operations group will need to re-learn how to steer the beam in the four rings.

Beams will be entering the PS Booster on 30 May, and then need to be sent on to the PS by 20 June. While it will be a jam-packed race to the finish line for the Operations group, it is a challenge they are well prepared to face!