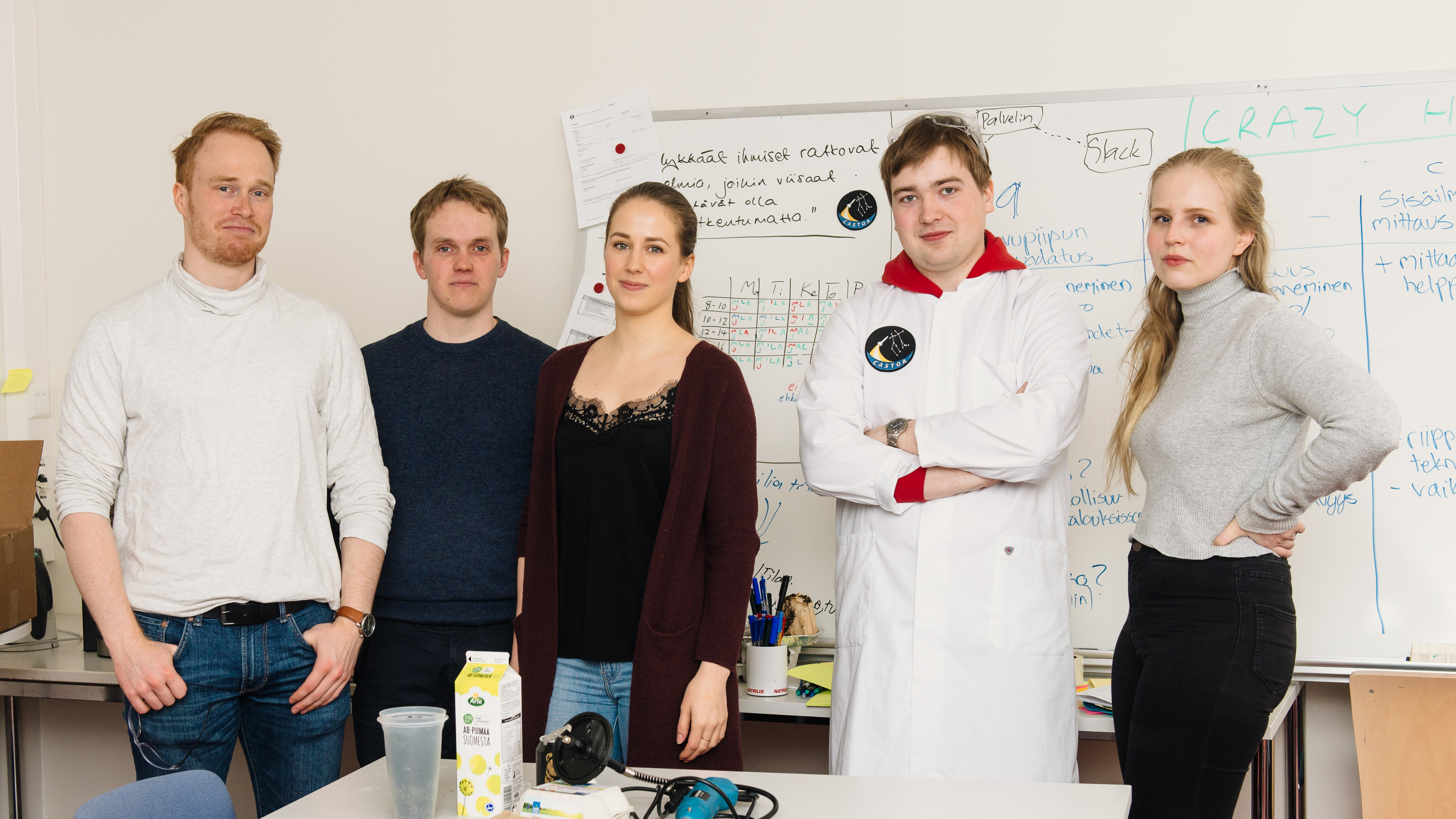 Imagine a university course without the typical classroom and a lecturer speaking in front of a group of students. A course in a collaborative space where teachers and students exchange ideas and work together to create innovative solutions to current global issues. That is what Challenge-Based Innovation (CBI) looks like.

Introduced as a pilot course at IDEAsquare in 2013, CBI progressed into becoming a masters-level student programme, aiming to implement CERN-developed technologies to address societal problems. Each year, the CBI course hosts students from universities worldwide here at CERN. Inspired by its success and to extend its impact locally, the Tampere University of Technology in Finland is the first institution to clone this course into its Masters programmes, involving all of its five faculties.

Last spring semester, when Laura Valtonen learned about the Challenge-Based Innovation pilot course at Tampere University of Technology (TUT), she was intrigued by how it differed from other academic programmes. Studying industrial engineering and management, she signed-up. The CBI@TUT started with a multidisciplinary team with  students from physics, chemistry, bioengineering and IT backgrounds, seven weeks of intense work culminated with the development of a real-world application project. Under the mentorship of five teachers, the team created a memory-foam filter prototype, worn in the nose to protect from air pollution.

“Suddenly we weren’t just a classroom full of students listening to the teacher, we were a team working on a society-oriented project and exchanging not only ideas, but also teaching methods,” says Laura. “The multidisciplinary approach also taught me how to think outside of the engineering thought box.”

Professor Saku Makinen from TUT told us about how, with an enthusiastic team of people, they managed this first pilot CBI course, building the bridges between IDEAsquare and the university’s rectorate. “We visited CERN and IDEAsquare to get guidelines to develop a local version of CBI as it was clear that copying courses would not work. CBI implementations need to have a local flavour to suit the curriculum of the students, faculties’ priorities, and other needs in order to have a real impact”, says Saku. Vice President Jarmo Takala continues that “TUT is actively allocating funding for renewing teaching methods and learning environments, and CBI is an excellent example of this. We look forward to scaling up the CBI approach and working with multinational student teams to increase European collaboration in education.”

Implementing the CBI@TUT pilot came with several challenges such as curricular timetable and content decisions, but communicating openly with the students helped overcome them. The connection with CERN and the possibility to take advantage of its resources allowed for hands-on experimentation and prototyping, which are essential in a CBI course model.

This successful piloting of the CBI course model will be taken further in the coming semester and hopefully inspire other universities to adopt it. For this, Saku and his team are developing a guidebook for future local CBI implementations that promises to help foresee any complications and encourage both educators and students to engage.