CMS experiment delves into the mystery of neutrino masses 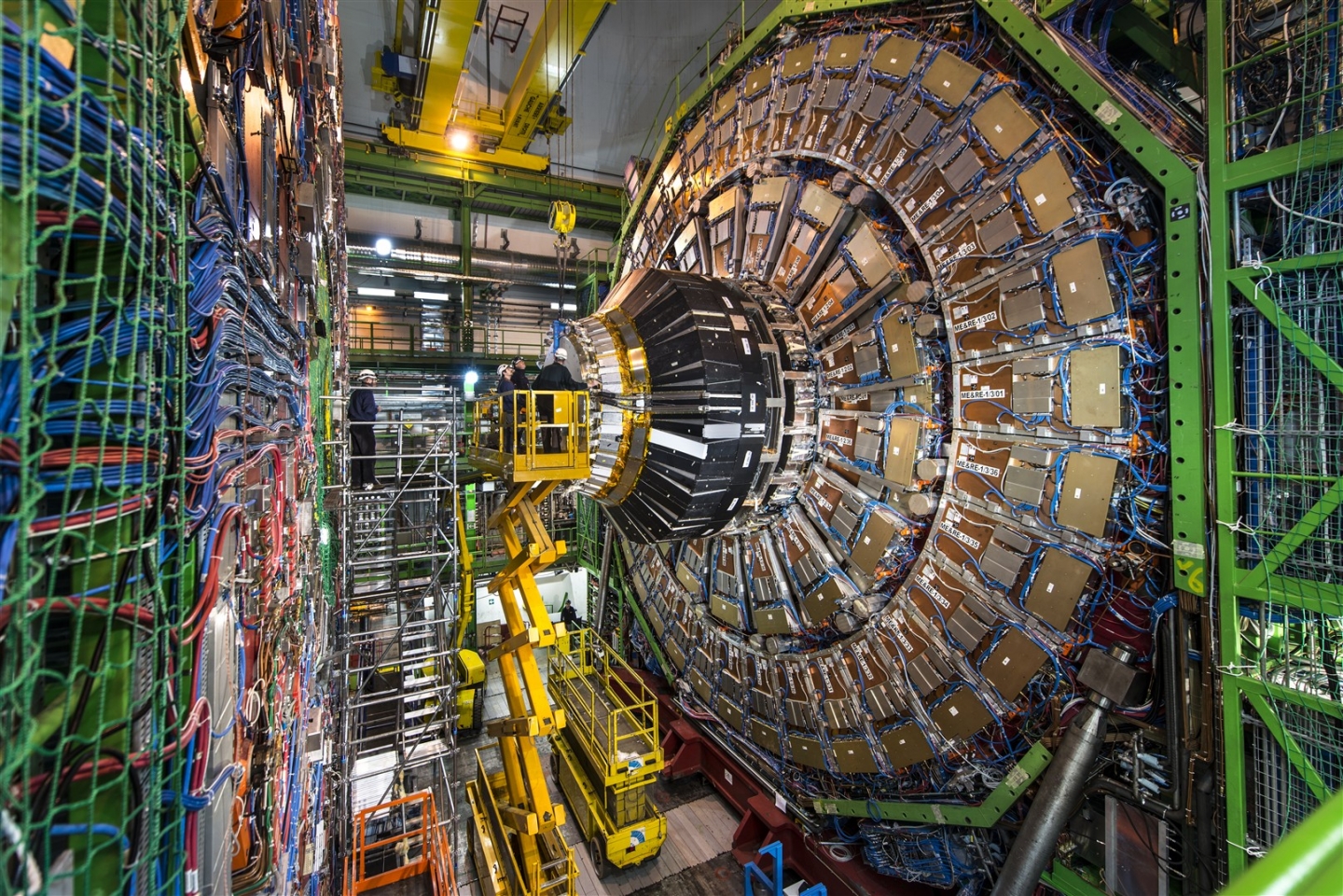 Members of the CMS collaboration removing the preshower from ECAL detector in the CMS cavern. (Image: M Brice/CERN)

For most of us, seesaws are the stuff of childhood memories. For theoretical physicists, they could explain one of the biggest mysteries in the field: why are neutrinos so incredibly light?
Experiments at CERN’s Large Hadron Collider have now put the unlikely sounding “seesaw model” through one of its most stringent tests.

Discovered 60 years ago, the neutrino was long thought to weigh nothing at all. But experiments in the late 1990s showed that neutrinos change type as they travel, implying that they have a small but non-zero mass. The mystery is why their masses are so small and yet not zero, as assumed by the Standard Model of particle physics. Most other elementary particles acquire their masses by interacting with Higgs bosons: the stronger the interaction the heavier the particle. But many physicists think it a stretch – “unnatural” even – that the Higgs boson interacts so feebly with the neutrino as to leave it at least a million times lighter than the already waif-like electron.

The seesaw model, dreamed up in the 1980s, is an abstract ratio that connects normal neutrinos to an unseen breed of super-heavy particles with weird properties: the neutrinos we know on one end are pivoted up by heavier particles on the other end of the “seesaw”. Were these mathematical gymnastics shown to be responsible for the neutrino’s tiny mass, it would lead physicists to a rich landscape of new particles and phenomena beyond the Standard Model, perhaps even a unified theory of the fundamental forces.

Researchers on the CMS experiment have been searching for signs of the neutrino’s weightier partners among billions of proton-proton collisions produced by the LHC at an energy of 13 TeV. Specifically, they tested a version of the seesaw mechanism (called Type-III) that involves a triplet of two heavy charged particles and an additional neutral particle, which would reveal themselves in the CMS detector via their decays into more familiar objects such as Higgs bosons and electrons. Studies at the LHC have also probed the original Type-I seesaw mechanism, which requires a heavy “sterile” neutrino that does not interact at all with known matter.Such particles are the quarry of several dedicated neutrino experiments worldwide.

Building on previous search results obtained by CMS and its sister experiment ATLAS at lower collision energies, CMS reports no sign of heavy charged particles associated with the seesaw model and has ruled out their existence below a mass of 840 GeV. According to the team, these are the strongest constraints to date on the mass of Type-III seesaw particles. “We have now looked at all 27 relevant decay channels in a single multimodal analysis,” explains CMS member Sunil Somalwar from Rutgers University in the US. “With the seesaw, the higher you set the masses of the new particles the smaller the neutrino mass – which is good. We are now getting into seesaw exclusions at the LHC.”

CMS and ATLAS will subject the seesaw, and many other models of physics beyond the Standard Model, to further scrutiny as the LHC continues to amass data at a record-breaking energy of 13 TeV.

Ref: The CMS result is described in a preprint (arXiv:1708.07962) and has been submitted to the journal Physical Review Letters.