So long, Linac2, and thanks for all the protons

After 40 years of service, the linear accelerator has shut down and passed the baton to Linac4, which will take over as the first link in the accelerator chain 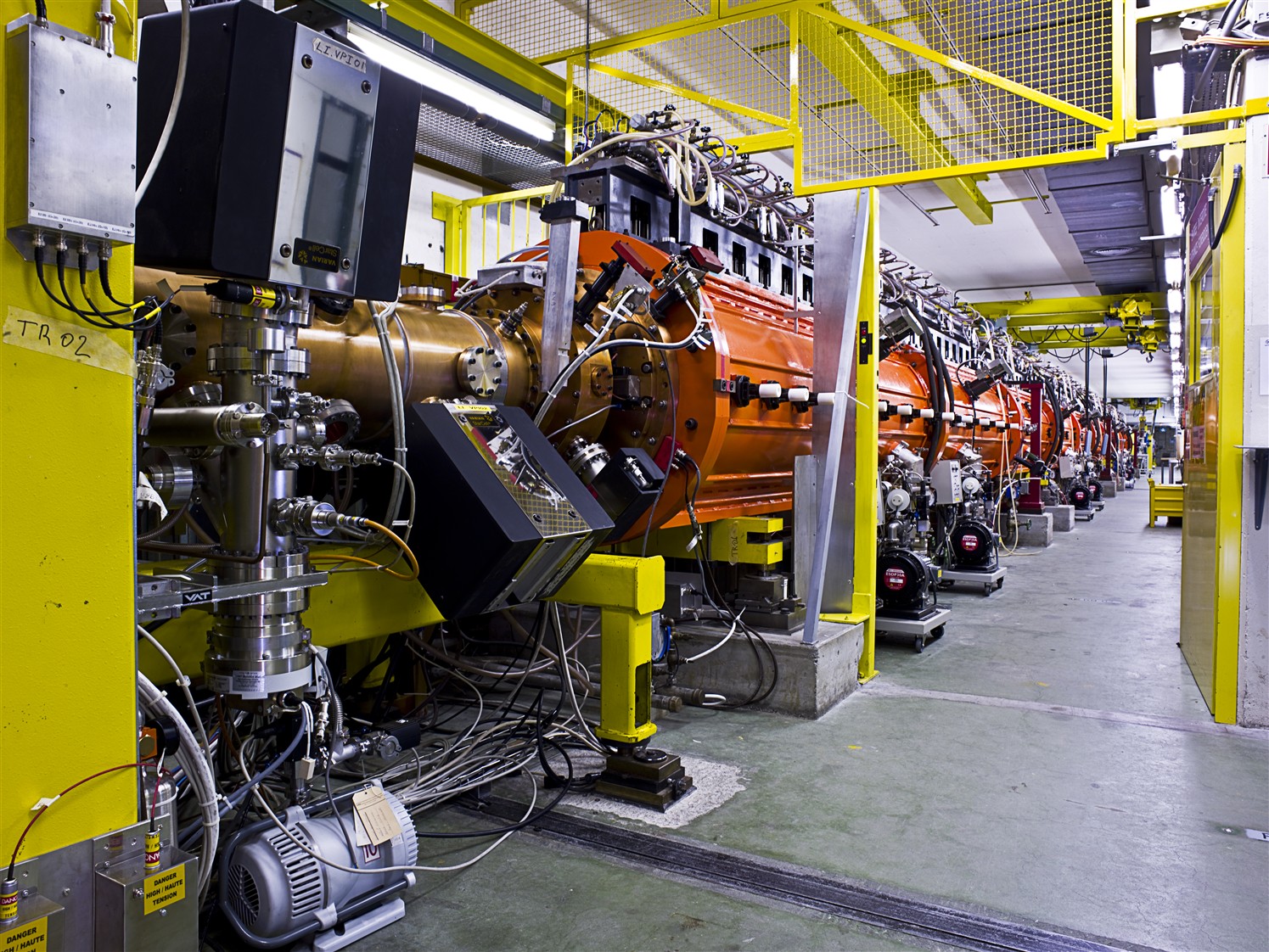 At 3 p.m. on Monday, 12 November, Frédérick Bordry, Director for Accelerators and technology, switched off Linac2 for the last time. The accelerator will not be restarted after Long Shutdown 2 and has passed the baton to Linac4, which will take over as the first accelerator in the proton acceleration chain.

Since 1978, Linac2 has supplied all of the thousands of billions of billions of protons needed for CERN’s experiments. No experiment requiring protons could have run without the 37-metre-long machine, the first link in the accelerator chain. Its availability, which exceeded 98% in recent years, was therefore more crucial than that of any other machine to the operation of the dozens of experiments supplied by the subsequent accelerators in the chain, the PS Booster, the PS, the SPS and the LHC.

As its name suggests, Linac2 replaced Linac1, which had a maximum beam intensity of 70 milliamps. Linac2 came into operation in 1978 and, like its predecessor, accelerated beams up to 50 MeV, but with a much greater intensity, ranging from 50 to 150 milliamps (mA).

The accelerator underwent a major upgrade in 1993, when its first acceleration stage, a Cockcroft-Walton generator, was replaced with a radiofrequency quadrupole (RFQ) in order to increase the beam intensity. The aim of this upgrade was to supply higher intensity beams for the future LHC. From 1998 onwards, the accelerator thus provided beam intensities of 180 mA, the highest ever achieved by a proton linac.

Linac2 also underwent other renovations, including the replacement of its control system. But the heart of the accelerator, the three DTL (drift tube linac) RF cavities and their 120 quadrupoles, remained in place until the very end. Linac2 played a role in CERN’s great triumphs, such as the discoveries of the W and Z bosons in 1984 and the Higgs boson in 2012 and the production of the first antihydrogen atoms in 1996.

Despite Linac2’s performance, its energy was limited and in 2007 the decision was taken to replace it with an accelerator that could meet the needs of the future, particularly those of the High-Luminosity LHC. Linac4, which can accelerate protons to energies of 160 MeV, more than three times higher than Linac2, was designed for that purpose. The new accelerator was inaugurated in 2017 and will be connected to the PS Booster in 2020, during Long Shutdown 2.

A more detailed article will appear in the December issue of the Courier.