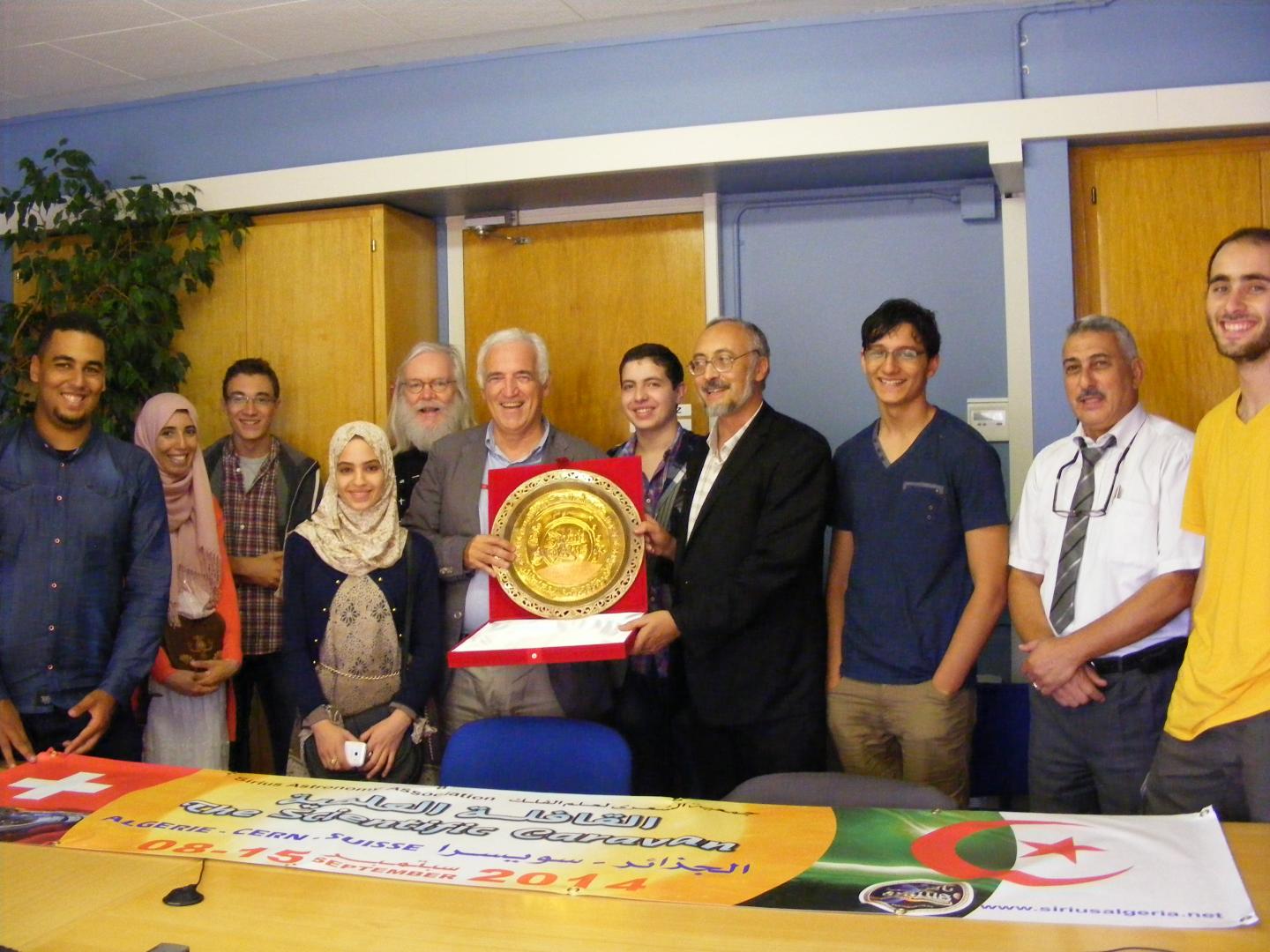 The Cirta-Science competition is open to 51 high schools in the Constantine region of Algeria. This year the prize for the winners was a historic visit to see the place where the Higgs boson was discovered and meet scientists working at CERN, some of whom are from Algeria.

The group was composed of two physics professors from Constantine University and ten students from the Algerian Sirius Astronomy Association, including three laureates of the Cirta-Science scientific competition. Abdelhak Djouadi, a theoretical physicist at CERN from Algeria, was invited to announce the winners of this prestigious competition.

The group of visitors had a very tight schedule, including a number of meetings with CERN scientists and visits to the SC, ATLAS and CMS.

Since 2008 Algeria has had an international cooperation agreement with CERN, and in May 2014 a Protocol was signed which will involve the ATLAS and ISOLDE experiments.

Ubuntu* - a powerful motto for an important e...

The African School of Physics: a springboard ...