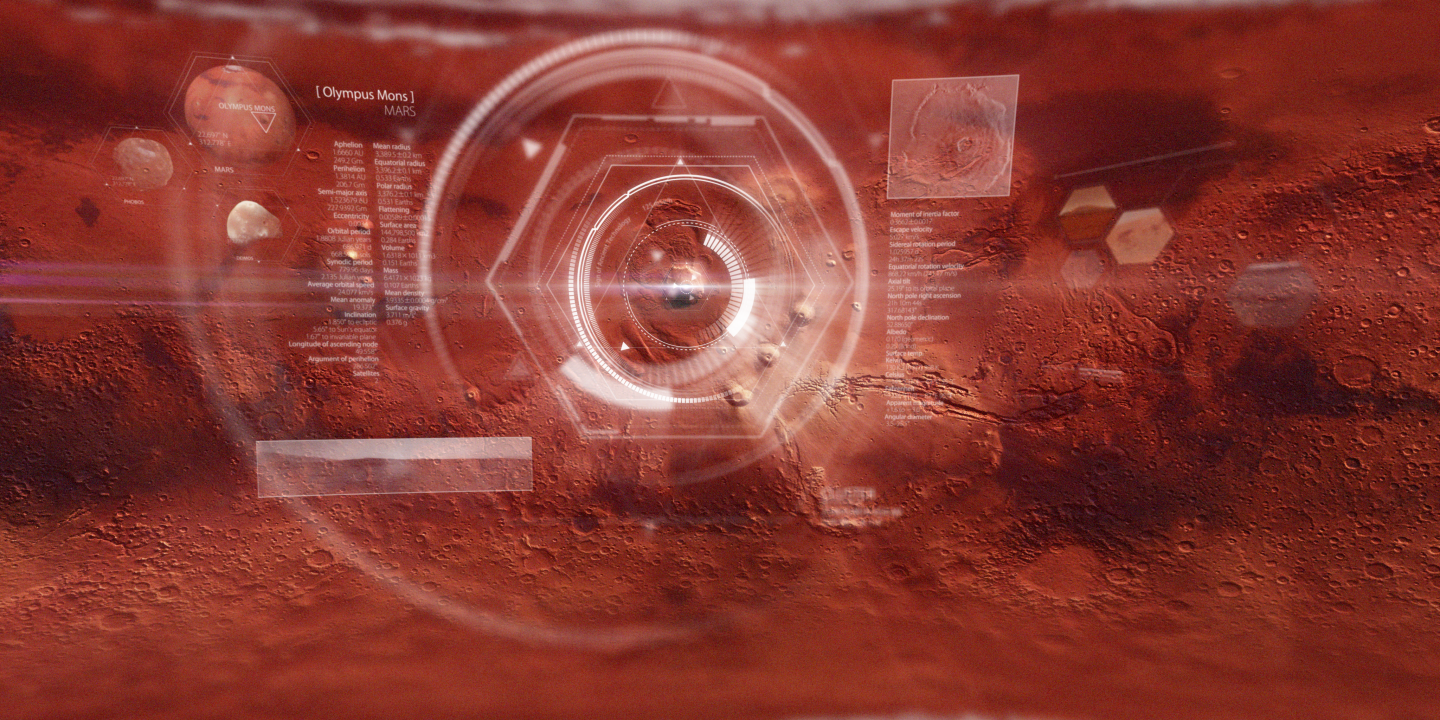 Update 4 April 2017: Did we fool you? We hope you enjoyed our April Fool's Day story. If you want to know what the LHC and CERN's experiments are actually up to at the moment find out about the new experiment Gbar, or new results from LHCb.

The search for water, or even signs of life, on the planet Mars has been ongoing for some time. But with today’s announcement by CERN and NASA scientists, the exploration of the red planet has revealed a major new discovery. New images of the surface of Mars taken by NASA’s Mars Reconnaissance Orbiter probe, analysed by an interdisciplinary team of experts from the fields of geology, archaeology and particle physics, have revealed the presence of the largest particle accelerator ever built. The team has shown that Olympus Mons, previously thought to be the largest volcanic formation in the solar system, is in fact the remains of an ancient particle accelerator thought to have operated several million years ago.

A landslide stretching over several kilometres spotted by the probe’s high-resolution camera, sparked the scientists’ attention. This apparently recent event revealed a number of structures, which intrigued the scientists, as their shapes clearly resembled those of superconducting accelerating cavities such as those used in the Large Hadron Collider (LHC). With a circumference of almost 2000 kilometres, this particle accelerator would have been around 75 times bigger than the LHC, and millions of times more powerful. However, it is not yet known which type of particles might have been accelerated in such a machine.

This major discovery could also help to explain the Egyptian pyramids, one of archaeology’s oldest mysteries. Heavily eroded structures resembling pyramids also appear on the images in the immediate vicinity of Olympus Mons. In addition, ancient Egyptian hieroglyphs, the meaning of which was previously a mystery, seem to corroborate these observations, leading scientists to believe that the pyramids might have served as giant antennae. The pyramids on Earth might therefore have allowed the accelerator to be controlled remotely. “The accelerator control room was probably under the pyramids,” said Friedrich Spader, CERN’s Head of Technical Design.

This particle accelerator – a veritable “stargate” – is thought to have served as a portal into the solar system for a highly technologically advanced civilisation with the aim of colonisation. “The papyrus that was recently deciphered indicates that the powerful magnetic field and the movement of the particles in the accelerator were such that they would create a portal through spacetime,” said Fadela Emmerich, the leader of the team of scientists. “It’s a phenomenon that is completely new to CERN and we can’t wait to study it!” Such a technology could revolutionise space travel and open the way for intergalactic exploration.

Olympus Mons was until now considered to be the biggest volcano in the solar system, with its most recent lava flows estimated to be about 2 million years old. Scientists believe that this dating is quite accurate, on the basis of the latest measurements carried out by NASA’s Mars Odyssey probe. “This would mean that the particle accelerator was last used around 2 million years ago,” suggested Eilert O’Neil, the geologist who led this aspect of the research.

The powerful synchrotron radiation emitted by the particle accelerator generated an intense heat, which explains the volcanic structure and the presence of lava flows. “We have also suspected for a long time that a large quantity of water must have existed on the surface of Mars. We can only assume that this water was used at the time to cool the machines,” revealed Friedrich Spader.