Annual check-up and upgrades for the injectors

Maintenance, upgrades and new equipment for the accelerator complex during the year-end technical stop 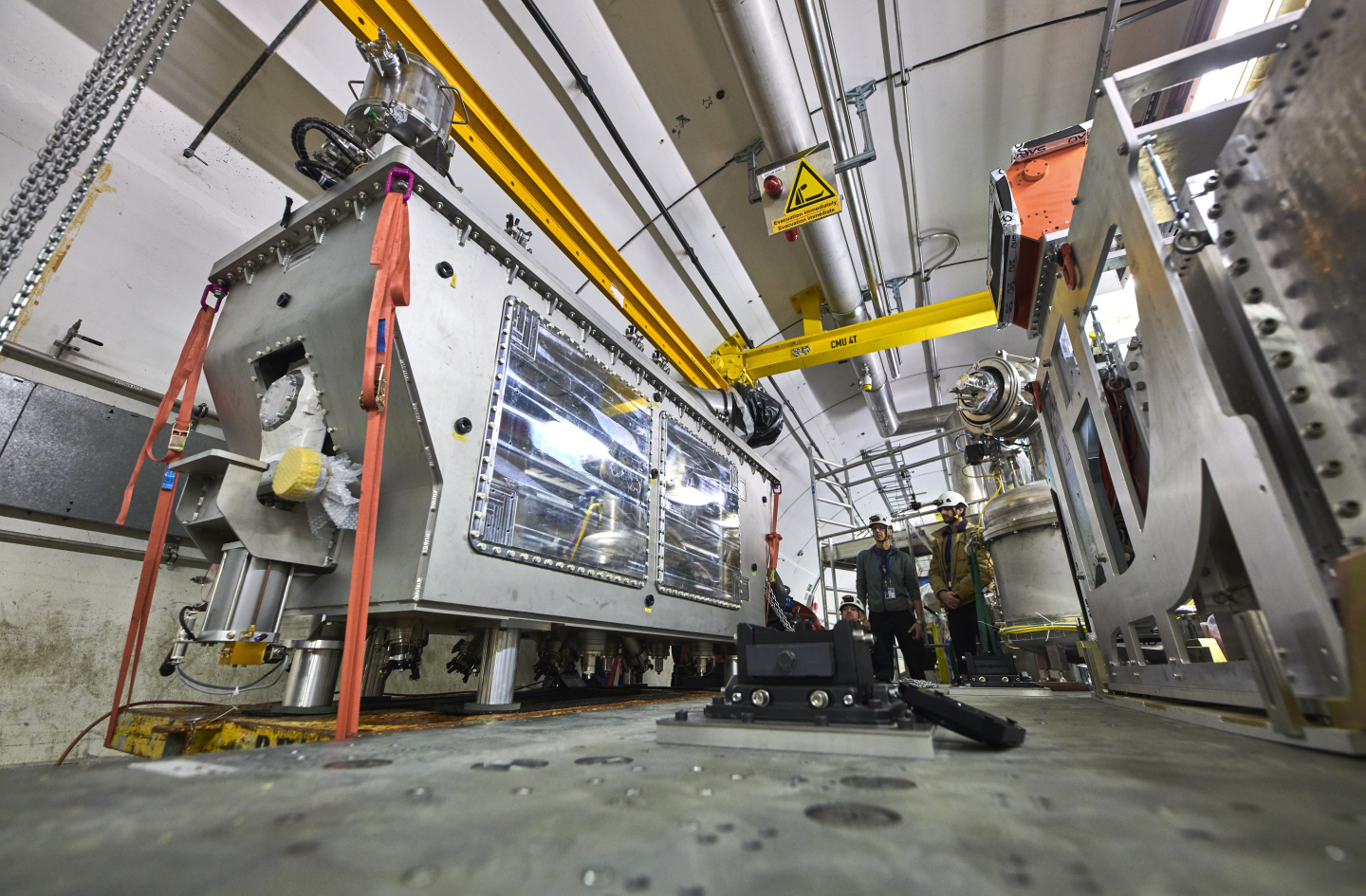 The first two radiofrequency crab cavities were installed in the Super Proton Synchrotron (SPS) to be tested with beam for the first time. (Image: Maximilien Brice, Julien Ordan/CERN)

The LHC isn’t getting all the attention during the year-end technical stop (YETS). The whole injector chain is undergoing its annual check-up. In addition to the maintenance work traditionally done during the YETS, this year a significant amount of the activity is devoted to the LHC Injectors Upgrade (LIU) project. In view of the challenging proton and ion beam parameters that are required for the High-Luminosity LHC (HL-LHC), the LIU project team is charged with planning and executing wide-ranging upgrades to the complex.

In the Proton Synchrotron (PS), a major de-cabling campaign is taking place. Many surface and underground structures are congested with obsolete cables, some of which were installed back in the 1960s or even earlier. They prevent the installation of new cables, particularly those needed for the LIU project. Some 4000 cables with a combined length of 240 km are currently being removed from the PS. Similar de-cabling campaigns took place in the PS Booster and the Super Proton Synchrotron (SPS) during last year’s extended year-end technical stop (EYETS), when 9000 cables were removed.

In the meantime, the TT2 transfer line located between the PS and the SPS is undergoing a major consolidation programme, with all its 43 quadrupole magnets being replaced. These magnets were installed in the 1980s and recently started to show signs of damage. Fifteen of them will be replaced during the YETS, and the rest during the second long shutdown. The new magnets have been taken from the former Intersecting Storage Rings collider, fully renovated and certified to meet the requirements.

On another transfer line, between the PS and LEIR, new instrumentation for beam monitoring is being installed. The beam instrumentation of Linac3, the accelerator that supplies lead ions to the experiments, is being modified and upgraded, and new power converters for the magnets on its transfer lines have been installed. Brand-new emergency lighting and new cables for the GSM network have been installed in the experiment areas of all injectors.

Preparations are continuing for the newest member of CERN’s accelerator family, Linac4. Two permanent laser-based emittance monitors have been installed. Developed specially for the new linear accelerator, their purpose is to non-invasively measure the transverse emittance of the Linac4 H- beam at its operating energy of 160 MeV. The monitors use a pulsed laser beam and diamond detectors to obtain the required H- beam profiles and emittance.

Moving away from the LIU project to the HL-LHC, two radiofrequency crab cavities are being installed in the SPS. This will be their home for a year, during which time they will be tested with beam for the first time. The crab cavities, which were assembled at CERN in 2017, will tilt particle bunches before they collide in the HL-LHC. This will maximise the overlap of the beams and increase the probability of collisions each time they meet, otherwise known as luminosity.

EYETS report: so far, so good