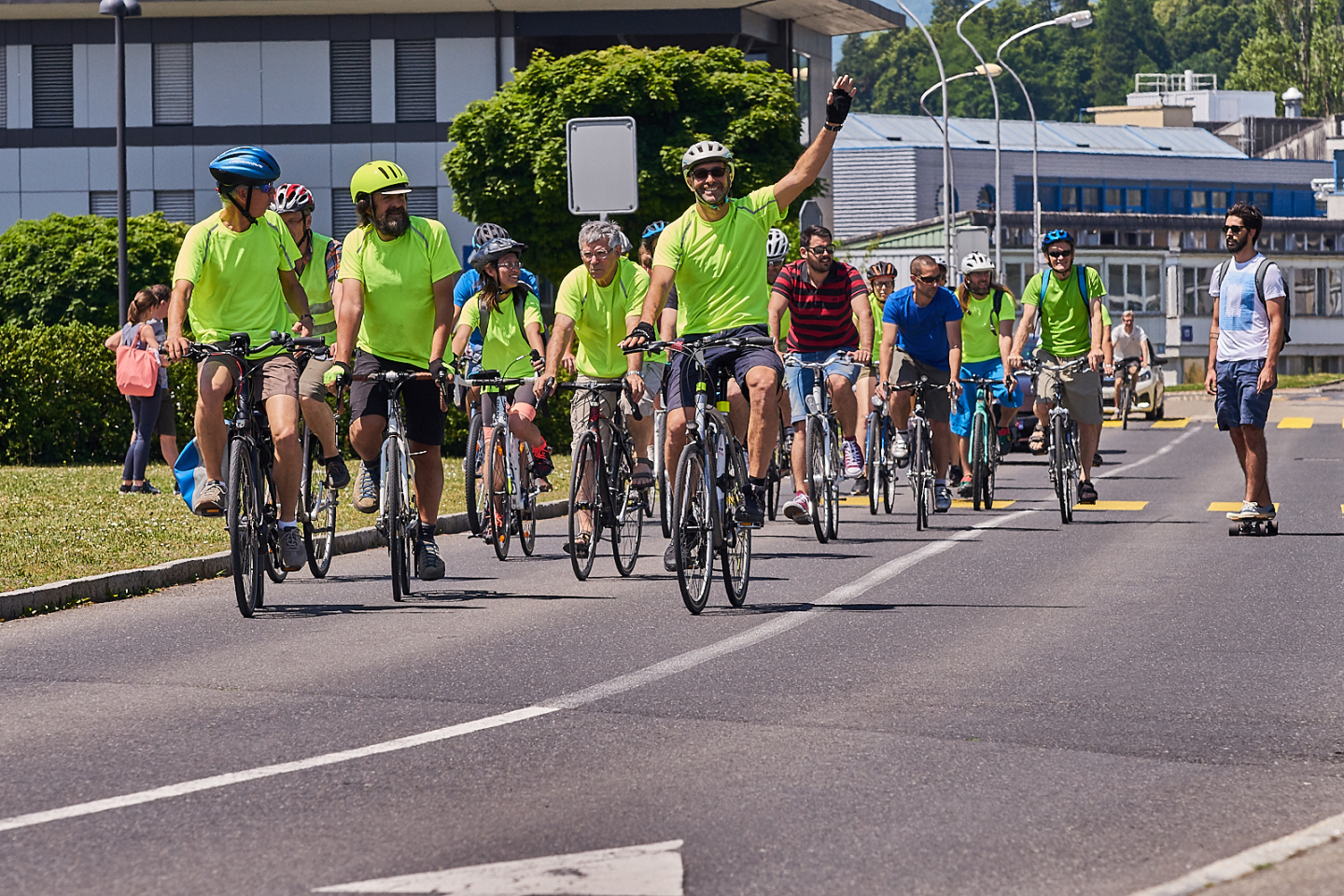 To celebrate the 140 395 kilometres pedalled by the CERN teams taking part in Bike2Work 2017, many of the participants took part in a parade around the CERN site on 16 June. (Image: Max Brice/CERN)

Once again, the Swiss Bike2Work competition brought together a large number of CERN cyclists – no fewer than 214 teams (831 participants), 72 teams more than in 2016! – putting CERN in fourth place in the 2017 competition in terms of the number of teams, behind the MIGROS group (376 teams), the Swiss post office (287) and the City of Zurich (250), but ahead of the ETHZ (212) and EPFL (191) universities in Zurich and Lausanne respectively.

Bike2Work is a healthy living initiative involving companies across Switzerland, and in May and June this year it inspired 54 780 participants from 1 885 companies to take to the saddle for their daily commute, while simultaneously promoting a sustainable approach to transport.

This year, the CERN teams smashed the 2016 record (97 091 km) by cycling 140 395 kilometres (three times the circumference of the earth and the equivalent of 20 217 kg of CO2!). More than 25% of CERN’s employed members of personnel took part, putting the Laboratory in first place among companies comprising between 1 000 and 5 000 employees. Congratulations to the CERN cyclists, who have set the bar very high for next year! Bike2Work 2018 is going to be a real challenge...

And of course, the cycling season at CERN doesn’t end after May and June, but carries on all year round with the Bike to CERN challenge. Sign up now here!

If you have any comments or suggestions about cycling at CERN or mobility in general, contact the CERN mobility working group.

You can find all the results from Bike2Work 2017 here.

Bike2Work: facts and figures for 2017