Celebrating the centenary of Wolfgang Paul 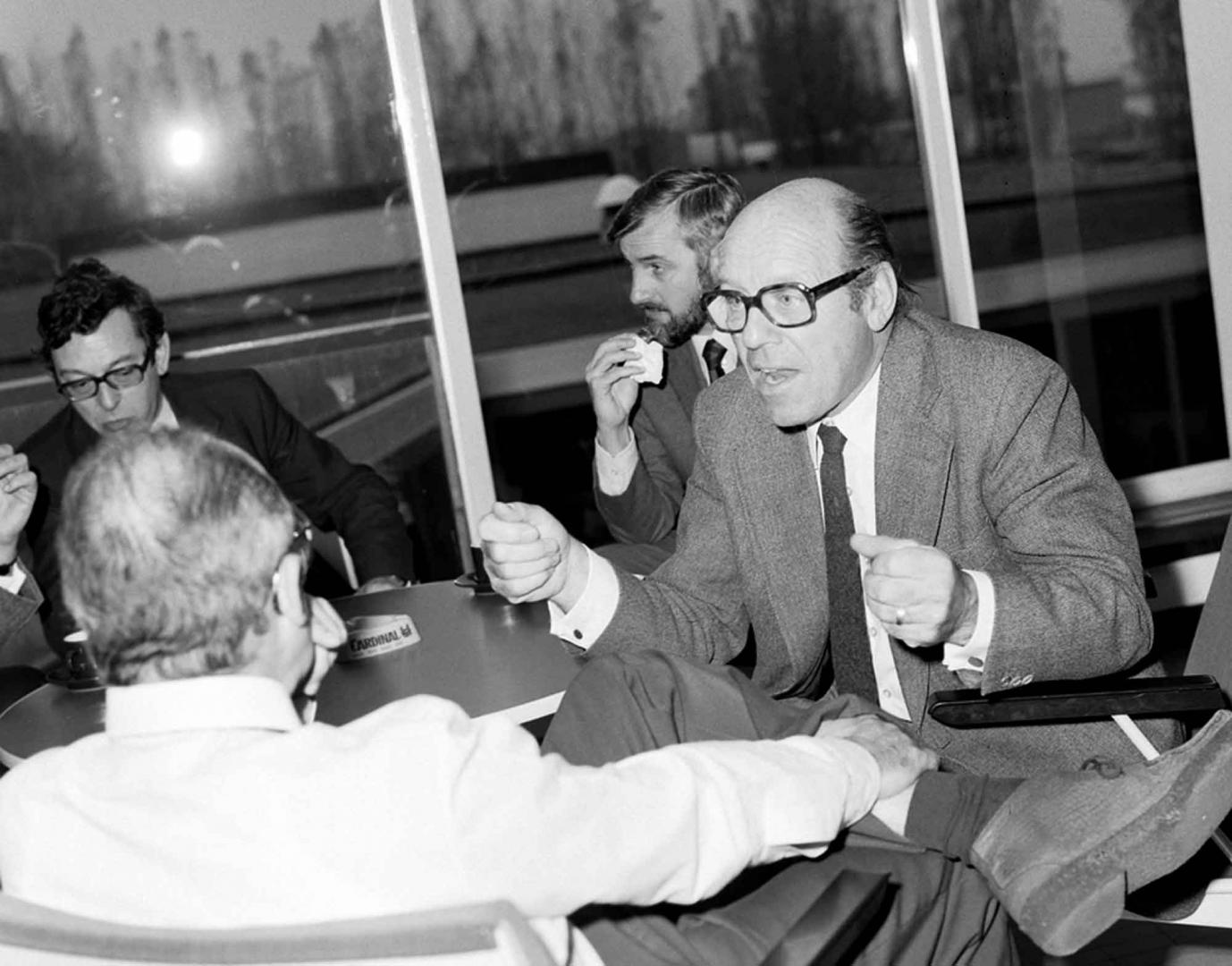 Wolfgang Paul (right, with glasses) in characteristic form outside the Council Chamber at CERN during a Scientific Policy Committee meeting in 1977. He was chair of the committee at the time (1975–1978) and a delegate to Counci (Image: CERN)

A three-day symposium, starting today, marks the centenary of Wolfgang Paul, born 10 August 1913 in Lorenzkirch, Germany. Having spent a year as a guest at CERN in 1959, he became director of the Nuclear Physics Division (1964–67) and later served as chair of the Scientific Policy Committee and as a delegate to Council.

In the latest CERN Courier, Herwig Schopper, former CERN Director-General writes more about the life of Paul. Schopper is one of the speakers at the Wolfgang Paul Symposium this week at the University of Bonn in Germany.

Ghosts in the machine