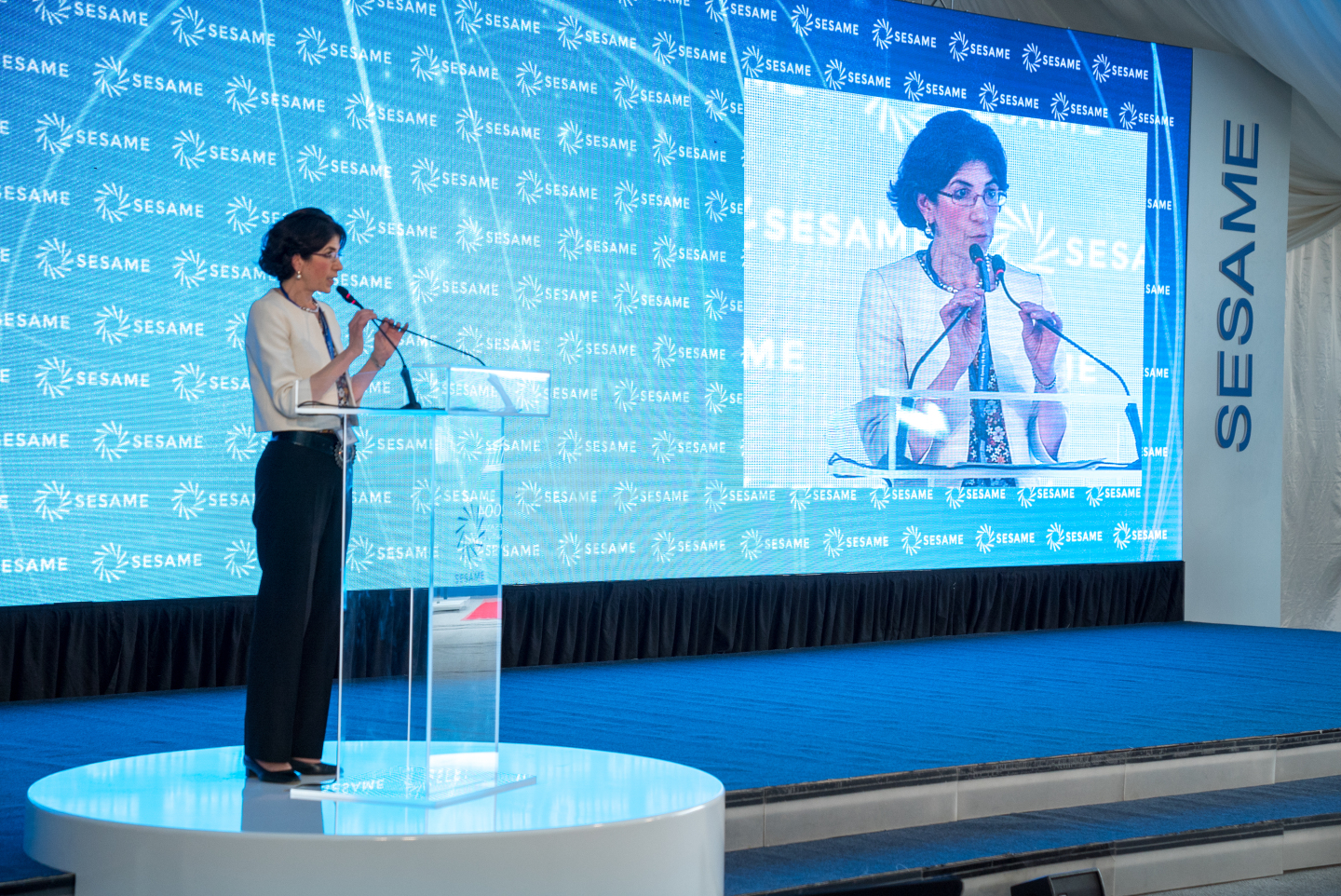 At its last meeting, the CERN Council approved the Management’s proposal for CERN to apply to become an Observer to the SESAME Council.

SESAME is the new synchrotron for the Middle East and neighbouring regions. The machine started operation last January and the first experiments should start in the coming weeks.

What makes SESAME unique is the collaboration it has brought about between scientists from its eight Members in the region: Cyprus, Egypt, Iran, Israel, Jordan, Pakistan, the Palestinian Authority and Turkey.

CERN has been a staunch supporter of SESAME ever since the mid-1990s, when certain discussions in the CERN cafeteria turned to the subject of applying the CERN model to other regions. CERN was established in the aftermath of the Second World War as a place for promoting both excellent science and peaceful collaboration between formerly belligerent nations. Could CERN’s success be emulated elsewhere?

The idea took root in the Middle East, and slowly began to grow. Since then, three former CERN Directors-General have held the position of President of the SESAME Council, and CERN has provided tangible help, with EU support, through the CESSAMag project whereby it supplied the magnet system for SESAME’s main ring. CERN is now contributing to another EU project, Open SESAME, which offers valuable training to SESAME staff and users.

Now, with SESAME about to bear fruit as its experimental programme gets under way, it is a natural next step for CERN to apply to become an Observer.

"CERN has always stood by SESAME and offered its valuable support to help bring SESAME to where it is today,” said SESAME Director Khaled Toukan. “The recent vote by the CERN Council giving CERN the go-ahead to apply for Observer status is indeed another pillar of CERN’s support, helping SESAME fulfill its goals." The proposal will be discussed at the next meeting of the SESAME Council in December.