CERN condolences on the death of Queen Elizabeth II 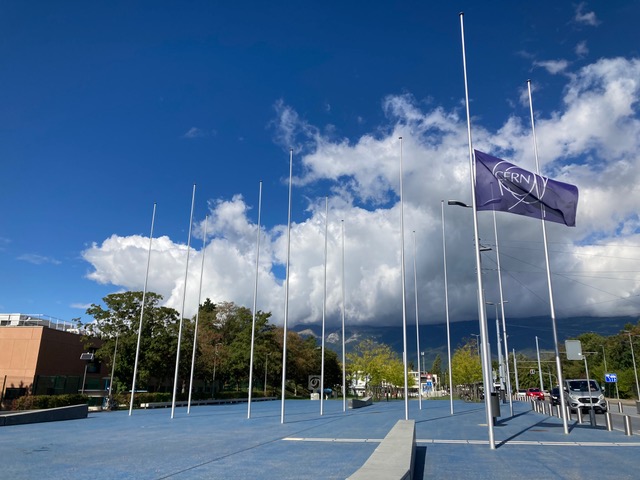 The CERN flag is flying at half-mast on the Esplanade des Particules today, following the death of Queen Elizabeth II yesterday, at the age of 96.

The United Kingdom of Great Britain and Northern Ireland is one of CERN’s 12 founding Member States. Queen Elizabeth II became its Head of State in February 1952, three months before the first meeting of the CERN Council and one year before the signing of the CERN Convention.

CERN extends its condolences to the Queen’s family and to the people and government of the United Kingdom at this sad time.

The President of Croatia visits CERN