Some 70,000 people visited CERN this weekend for the Open Days – and 20,000 of them went underground 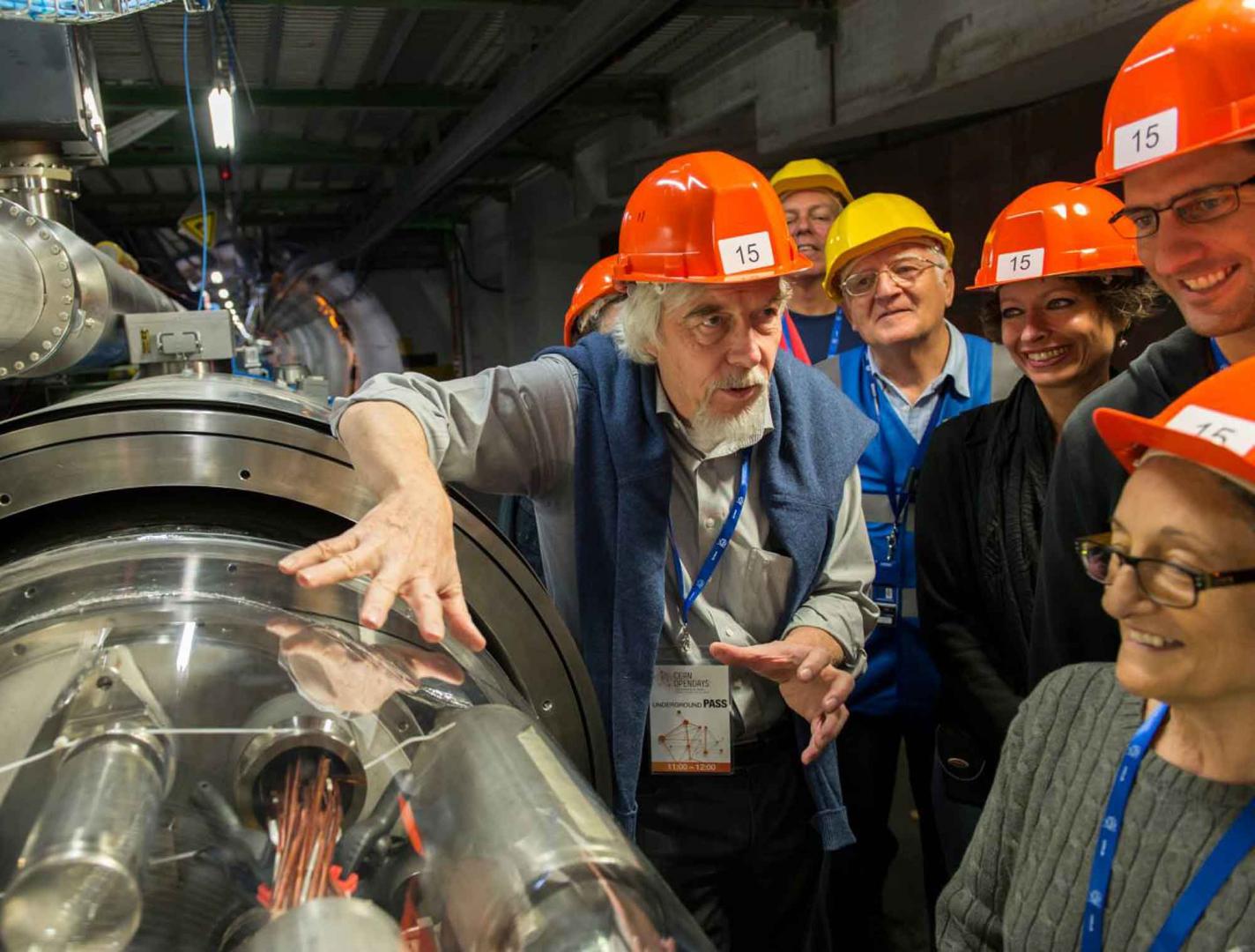 CERN Director-General Rolf Heuer explains the workings of the LHC to visitors at Point 6 during the Open Days (Image: Maximilien Brice/CERN)

Over the weekend, CERN opened its doors to the public in the CERN Open Days 2013. The event saw some 70,000 people visit over 40 activities on the surface across CERN's Meyrin and Prevessin sites, with 20,000 people visiting CERN's underground installations. Highlights for visitors included seeing one of the large detectors on the Large Hadron Collider (LHC) – ALICE, ATLAS, CMS or LHCb; driving robotic arms and forklift trucks; or even making superconducting magnets levitate in the air. Some of the first visitors to the CMS cavern during the CERN Open Days. The massive detector, now open for maintenance, reveals its inner workings (Image: Laurent Egli/CERN)

A strong team of 2300 CERN volunteers acted as guides and helpers, explaining the wide variety of activities at CERN – from particle physics and computing to logistics and firefighting services – to enthusiasts young and old. And some installations were new to even the most seasoned CERN physicists: "I managed to visit just about everywhere, and wherever I went, I saw enthusiastic CERNois engaging with equally enthusiastic visitors," says Director-General Rolf Heuer in this thank you message to CERN staff and volunteers this morning. "It was a truly amazing event, showcasing the great diversity of activity at CERN. Even I discovered aspects that were new." A visitor takes a quick snap of the LHC tunnel during the CERN Open Days (Image: Jan Fiete Grosse-Oetringhaus/CERN)

As well as the visits in person, there was a flurry of activity on social media. Online events began with a CERN tweetup on Friday, when 12 lucky people visited CERN as citizen journalists to share their exclusive preview of the Open Days with the world via Twitter. Web-based activities continued with the Origins night webcast where those onstage took questions both from a live audience in the Globe of Science and Innovation at CERN and online. For the weekend, Twitter exploded with a total of 3500 tweets about #OpenCERN13 reaching an online audience of 5 million.

At the international village, visitors could get all the latest about CERN's relations with International  Organizations. Thirteen international organizations participated (including UNOG, UNESCO, UNCTAD, ESA, ESO, WIPO, ILO, ITU, UNITAR, UNDP, IRENA, SESAME), informing visitors about "International Geneva" with one-to-one talks and a programme of lectures.

For one amazing weekend "Our Universe was Yours". Thanks for stopping by!

CERN invites the public to explore the future...