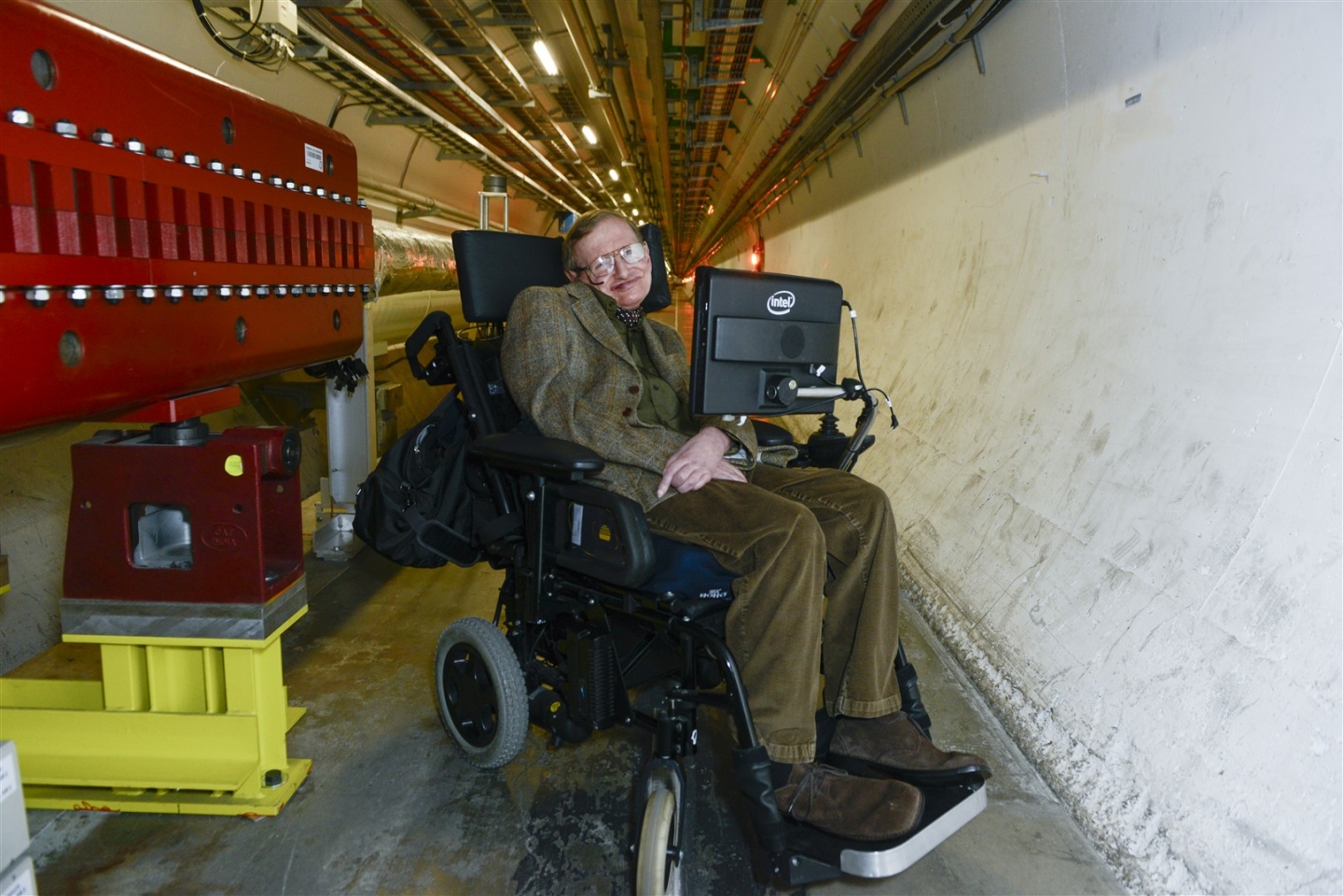 Stephen Hawking during a visit to the Large Hadron Collider (LHC) tunnel in March 2013, prior to the Inaugural Fundamental Physics Prize Ceremony in Geneva. (Image: Laurent Egli/CERN)

“Hawking’s results are a constant source of inspiration for theoretical research done at CERN”, explains Gian Giudice, Head of Theoretical Physics at CERN. “Hawking transformed our understanding of black hole physics and the origin of the universe. His work on thermal radiation of black holes brought together ideas from quantum mechanics and general relativity, two theories that are notoriously difficult to reconcile.”

“Stephen Hawking was one of the giants, and stars, of physics of the past century. He has inspired a whole generation with his ability to present complex science in a popular way,” continues Eckhard Elsen, CERN Director for Research and Computing. “He spurred interest in black holes and the physics related to it, including future gravitational wave experiments.”

“Each time Stephen Hawking visited CERN, we were impressed by his great enthusiasm, vitality and passion for knowledge. He was a brilliant example on how to face disease with courage. He was a warrior.” – Fabiola Gianotti, CERN Director-General.

“A giant of our field has left us, but his immortal contributions will remain forever.” – Gian Giudice, Head of Theoretical Physics at CERN.