CERN speaks at UN about the laboratory’s cooperation model

At the United Nations in Geneva yesterday, CERN representatives discussed their laboratory’s model for international cooperation and science for peace 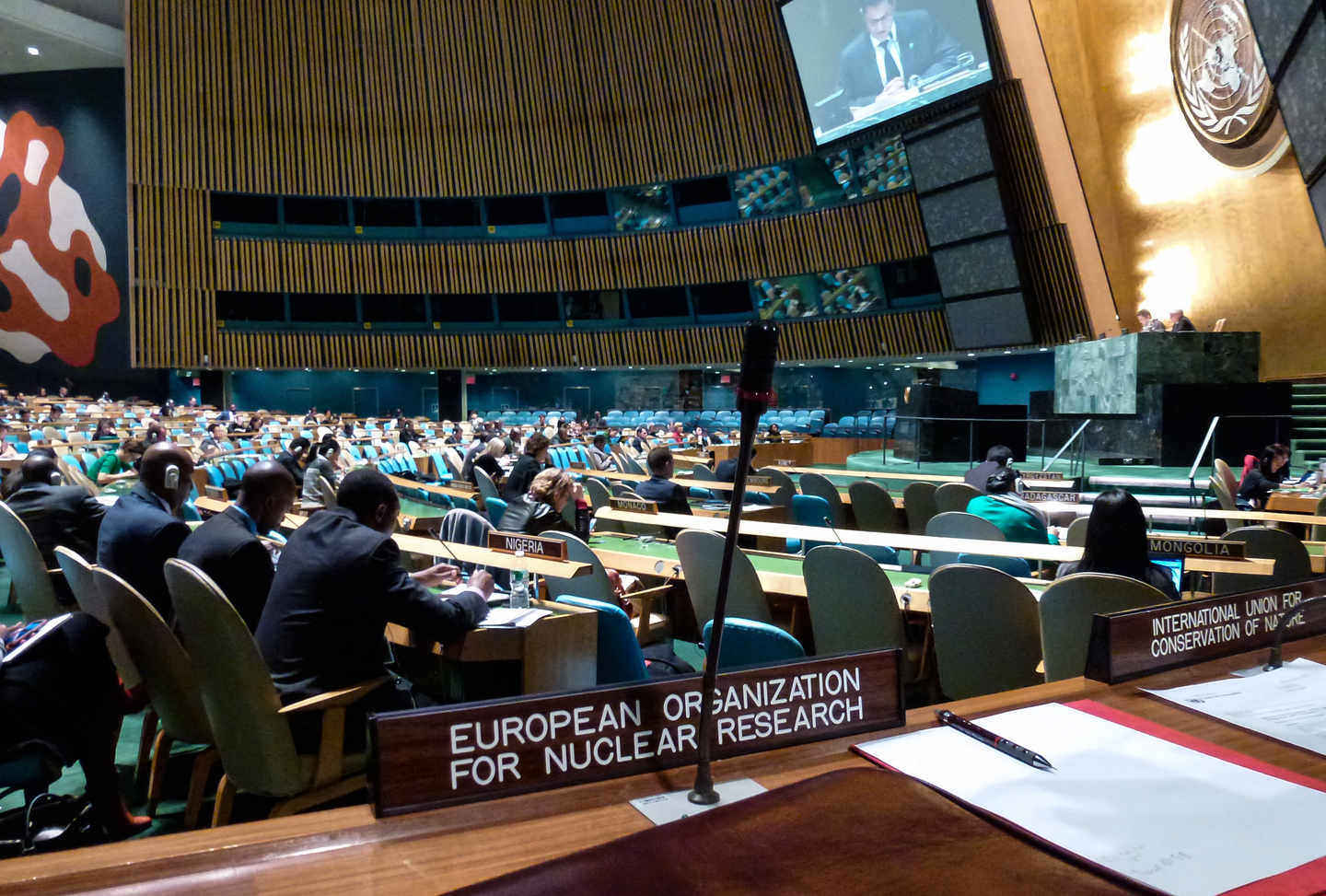 CERN has had observer status at the UN General Assembly since 2012 (Image: CERN)

“At CERN, ideas are the drivers of research,” said Gianotti. “At the laboratory, authority comes from intellectual ability, not hierarchy, so any student can contribute to the scientific discussion … people are animated by a strong common passion for science.”

Former CERN DG Herwig Schopper gave examples of how CERN cooperates in the spirit of science for peace. He mentioned how, at the height of the Cold War, CERN was the first western institute to sign agreements with Soviet scientific institutes; and spoke of the success of the SESAME project, currently under construction in Jordan, which brings together scientists in the Middle East to do fundamental research in physics.

UN delegates took the stage for the second and third panel sessions, examining The United Nations and Public Goods and The United Nations model and Global Development. CERN representatives joined the final panel of the day The CERN Model and Climate related issues.

Former president of the CERN Council, Michel Spiro, opened the session, in which Nobel laureate Carlo Rubbia spoke of building trust in science. To help tackle the problem of climate change, he said, “A coherent energy policy is required relying on truly innovative scientific development”.

Michel Jarraud, Secretary-General of the World Meteorological Organization (WMO), said that coordination and cooperation between countries sharing meteorological observations has allowed concrete scientific data to be collected and analysed. “No country can work alone in this discipline,” he said. “This is where the CERN model is so pertinent.”

CERN has a long history of cooperation with the United Nations. The laboratory was set up under the auspices of UNESCO, and in 2012 was granted observer status at the UN General Assembly. As a UN observer, CERN will continue to push forward its model of international collaboration for advancing knowledge and innovative technologies.