As part of the 2016 European Union Contest for Young Scientists, Vladislav Gadalov was awarded a visit to CERN for his work in the field of computing 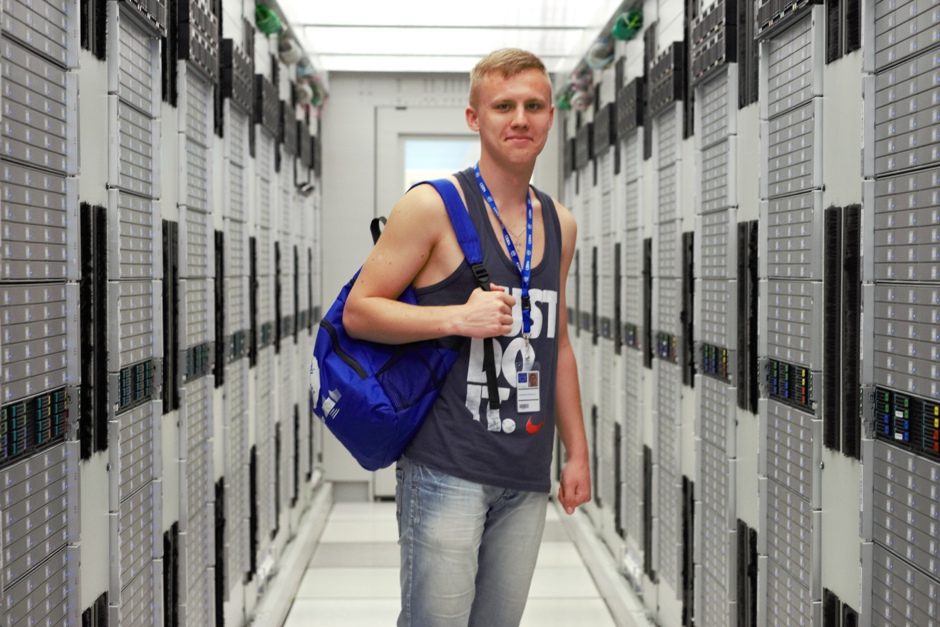 As part of the 2016 European Union Contest for Young Scientists (EUCYS), held in Brussels, Belgium, EIROforum awarded 18-year-old Vladislav Gadalov a visit to CERN for his work in the field of computing.

After succeeding at the national level in Belarus, Vladislav presented his project at the final round of EUCYS in September 2016. The project, entitled “Geneces – a cloud ecosystem”, is a software that aims to provide smartphones with increased computing power via the cloud.

Geneces outsources all the operating processes of a mobile device to a remote server, and the result is transmitted to the phone in the form of an image or sound. As such, smartphones using this software can run powerful applications and operating systems usually only available via computers.

The software can be optimised for different types of hardware for better performance. Indeed, Vladislav has also developed a prototype of the ‘AirPhone’ – a smartphone specifically optimised for use with cloud computing, which allows 5-7 days of moderate use without charge.

Due to its specialised algorithms and optimisation, AirPhone became the fastest Remote Control System to date. The AirPhone can be used with low speed mobile internet and provides a gaming mode with 3G internet connection. AirPhone also won the Grand Award Prize in Computer Science and Special Prize by Oracle Academy at the 2017 Intel International Science and Engineering Fair.

During his stay, Vladislav met with CERN computer scientists and students, and visited the extensive computing facilities and CERN experiments.

Vladislav aims to continue his studies in computing and he would like to return to CERN at some point in his professional career.