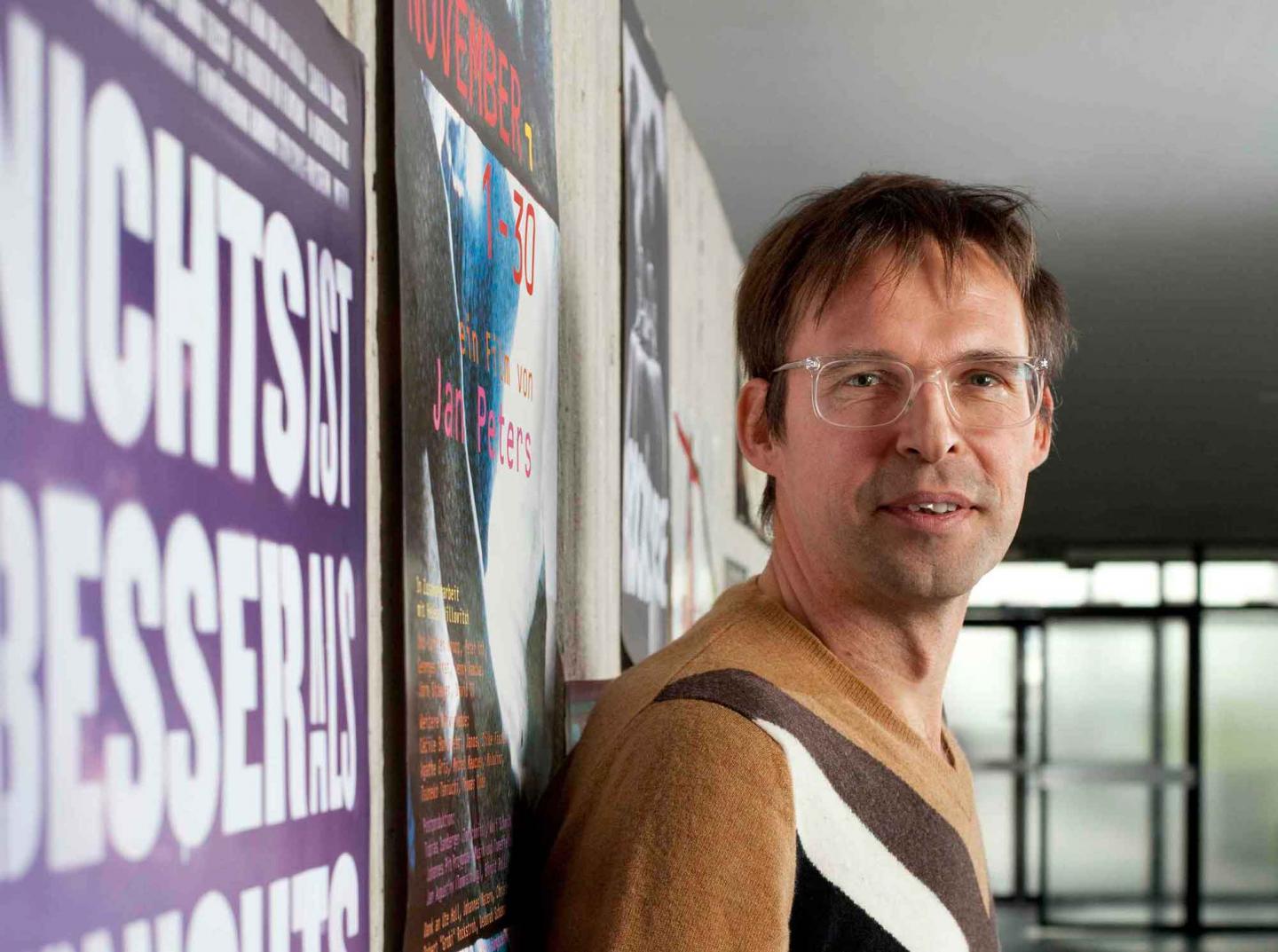 Seeing the invisible and discovering the meaning of life are the twin quests of CERN’s first film maker in residence, Jan Peters the second winner of the Collide @ CERN Geneva prize, which is supported by the Canton and City of Geneva.

Jan Peters is internationally known as a filmmaker who works with modern technology and also specializes in Super 8. He currently lectures at the Art Institut - Kunsthochschule Kassel at University of Kassel and has an active career making films, often with his partner the Swiss filmmaker Marie-Catherine Theiler. His CERN inspiration partner will be engineer Neal Hartman who works on the ATLAS experiment. Hartman studied engineering at the University of Berkeley, USA. He is also the Artistic director of the biannual Cinéglobe festival held at CERN, and will accompany Peters during his three-month residency at the laboratory.

To mark the occasion, Jan Peters and Neal Hartman will give a public presentation in CERN’s Globe of Science and Innovation on Wednesday 16 October about seeing the invisible in physics and film. Doors open at 6.30pm with a 7pm start.

“At CERN we look at how our known world is made of matter and what lies behind it. It will be intriguing to learn how a filmmaker sees what we do here at CERN and how he captures our engagement with the invisible world and our discoveries which are beyond the human eye,” says CERN Director-General Rolf Heuer.

The Collide @ CERN Geneva prize is the second strand in the Collide @ CERN Artists Residency programme launched by CERN in 2011. Peters was given the award by a jury for his proposal to explore the meaning of life at the world's largest particle physics laboratory using his playful documentary approach.

“Almost all of my films are looking for answers to the big question of life, universe and everything. Even before learning about the Collide @ CERN programme, I was always dreaming of the possibility to approach the event horizon and making a film about this journey,” says Peters. “As an artist in residence at CERN it seems to become true. And already in the three introduction days at CERN I discovered plenty of new universes that were outside my sight. Now I will only have to manage to get hold of them and being able to catch them with my camera.”

At the 16 October presentation, Peters and Hartman will make individual presentations of their work and then discuss the potential of their forthcoming creative collisions at CERN. CERN’s cultural specialist Ariane Koek will chair the discussion and take questions from the audience. “Both Jan and Neal have a playfulness and love of film which makes their partnership particularly exciting,” says Koek. “Jan is becoming an apprentice to the ATLAS pixel detector, which finds the particles that the human eye can not see. It will be fascinating to see what happens in this apprenticeship, as well as the reactions of the scientists with some of the wonderful interventions which we have planned at the laboratory.”

During the residency, the public will be able to follow and comment on the experience and interchanges through a blog on the Arts @ CERN website featuring their exchanges.

Members of the public, including CERN personnel, who wish to attend should register their requests for seats with collide.events@cern.ch