Complete makeover of the East Area 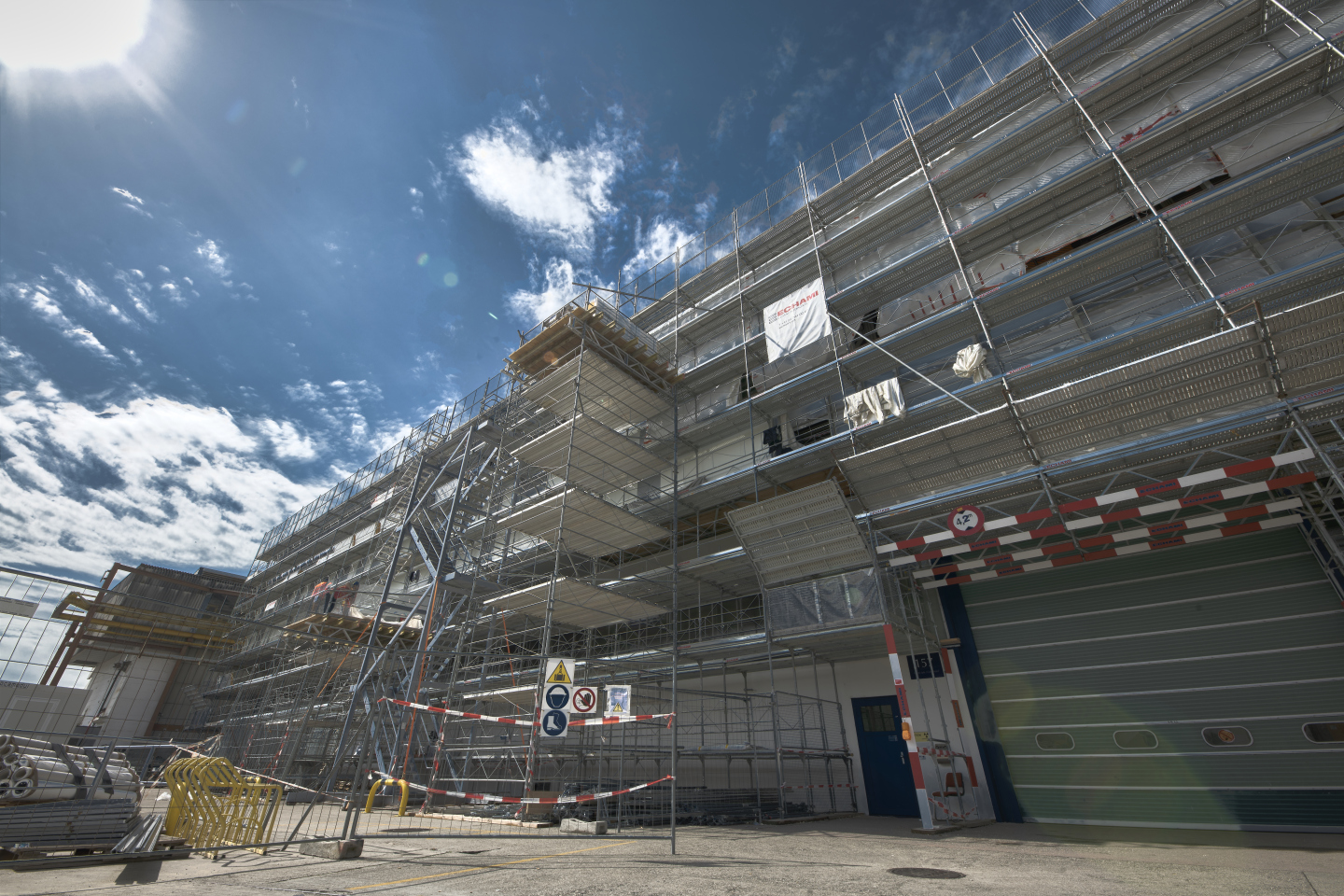 Renovation of the East Experiment Area of the Proton Synchrotron (PS) (Image: CERN)

The East Experiment Area of the Proton Synchrotron (PS) is to be given a complete makeover, ultimately producing energy savings of up to 90% on electricity and gas consumption. The renovation project, approved by the CERN Council in mid-2016, began with the civil engineering work this year.

With a volume of 100 000 m3, Building 157, also known as the PS East Experiment Area, is home to the CLOUD, CHARM and IRRAD experiments and is among the oldest and largest structures at CERN. The East Area houses four beam lines from the PS. Renovation work is urgently needed, due to the ageing of the installations, which date back to the sixties, and several technical failures. The upgrade will enable experiments and beam tests to be performed with vastly improved availability, reliability and safety.

The work will be performed in two major phases. The first, which has already begun, is the complete restoration of the building’s outer shell. The objectives are twofold, namely to provide a safe work environment and to improve energy efficiency. The civil engineering work therefore consists of removing asbestos-based elements and installing sandwich panels to reinforce the building’s thermal insulation. This will considerably reduce heating costs, as the building’s thermal consumption should decrease from 3.5 GWh/year to just 1.2 GWh/year after the renovation.

“The main challenge is to carry out the work while keeping the installation operational this year for its users”, explains Sébastien Evrard, project leader for the PS East Experiment Area renovation.

The second phase, planned for the long shutdown, will involve changing the magnets and their power supply. Power is currently supplied to the magnets on a continuous basis, with only 7% of it actually being used during beam time. Power supply to the new magnets will be on a cyclical basis, with an energy recovery stage between each cycle. The energy returned by the magnets during their de-magnetisation will be stored in capacitor banks connected to the new power converters and immediately reused during the next cycle to re-magnetise the magnets. Electricity consumption should therefore fall from 11 GWh/year to around 0.6 GWh/year.

The improvement of the building’s energy efficiency has won the SMB department and the project a significant grant from the Office cantonal de l’énergie de Genève  (OCEN). This grant is a first for CERN and the department hopes that it will be an example for future renovation projects.

Additional improvements will be undertaken to improve user comfort. When the renovation is complete at the end of Long Shutdown 2 in 2021, the hall will have two new test beam areas in addition to the three existing installations.