Congratulations to the 2016 apprentices 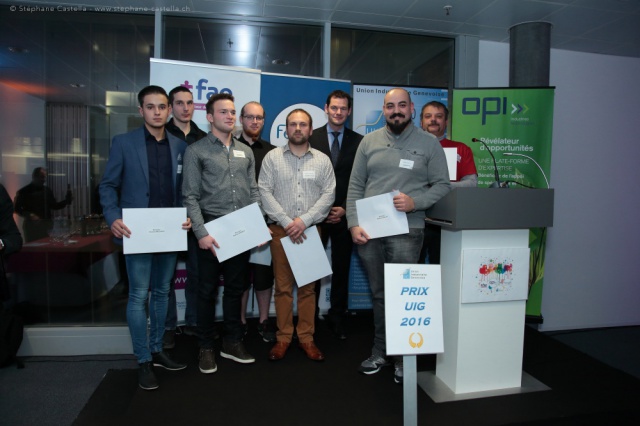 At the end of 2016, CERN’s five technical apprentices from the 2012-2016 year group were awarded their certificat fédéral de capacité (CFC). After four years at CERN, the two physics laboratory technicians, Nikkita Bersan and Roland Hirt, and the three electronics technicians, Ioana Novas, Diego Padin and Yann Anthonnet, left the Laboratory with their heads held high. We congratulate them on their achievements!

In September 2016, four new apprentices – three electronics technicians and one physics laboratory technician – joined the Laboratory. CERN’s apprenticeship programme, which has been running since the 1960s, welcomes new students every year and has already enabled many young apprentices to obtain their CFC in the framework of a sandwich course.