After munching their way around the Globe, the CERN sheep are now dining out next to the ATLAS experiment 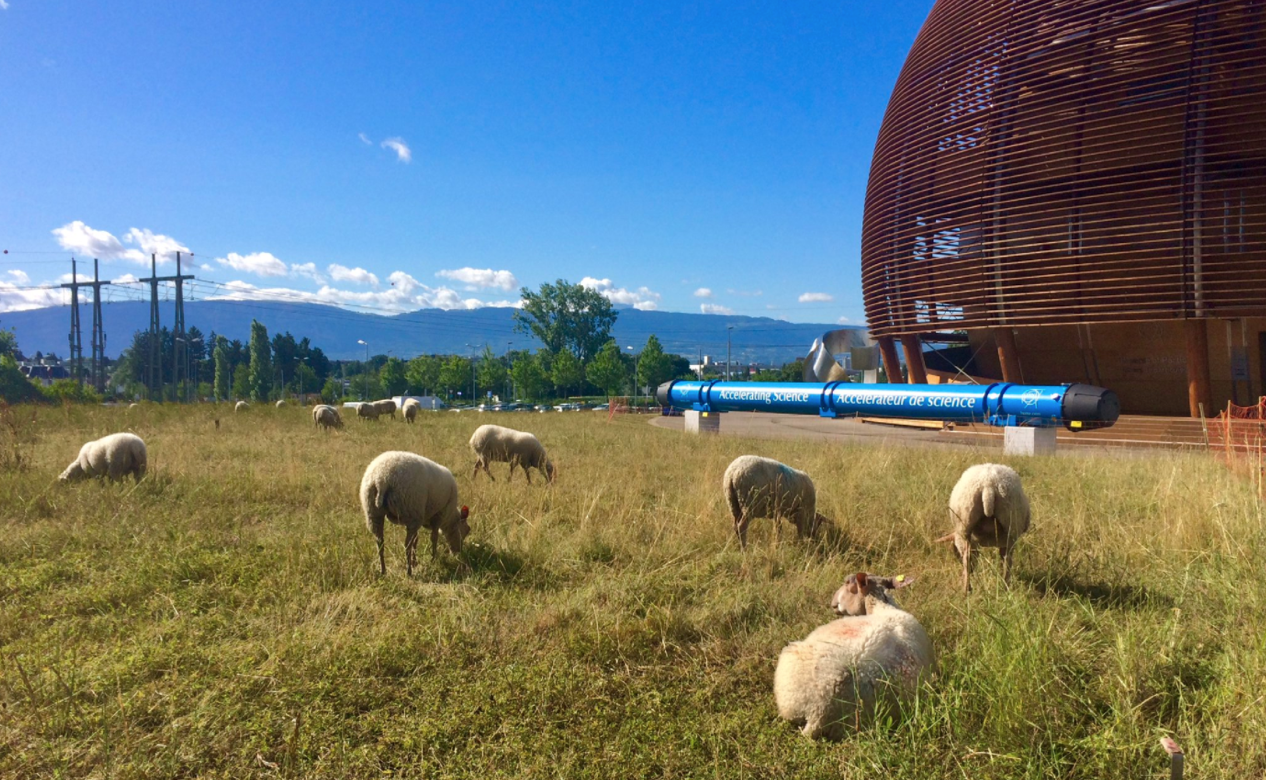 The CERN sheep tuck into their dish of the day. (Image: CERN)

A bucolic atmosphere reigns as 70 sheep and two rams hungrily graze on the land between CERN’s buildings. A few days ago, the flock, which belongs to CERN’s resident shepherd, Enrico D’Ippolito, could be found in front of the Globe of Science and Innovation (photo). Since the start of this week, our woolly friends have been enjoying the grass around the ATLAS experiment. The flock “maintains” 5 hectares of land on the Meyrin site and 20 hectares on the Prévessin site, lending a hand (or rather teeth) to keep the grass under control in an efficient and natural way. Sheep have been present on the CERN site in summer for more than 45 years, since Enrico’s father brought the first flock here in the 1970s.

After ATLAS, the sheep will be sent further afield, first atop the Intersecting Storage Rings (ISR), then to CERN’s second main site, in Prévessin, France.

If you happen to come across a sheep that has strayed from the flock, please contact the Fire Brigade (on 74444) or the Guards Service (on 78878) so that they can get in touch with Enrico D’Ippolito.

And some final advice: please don’t feed (or scare!) the sheep, and avoid approaching the rams... let’s just say they’re not the friendliest of beasts!

To find out more about CERN’s rich biodiversity, see this article, which was published in 2015.

Improving the quality of working life at CERN

Ready to get mould on your walls?