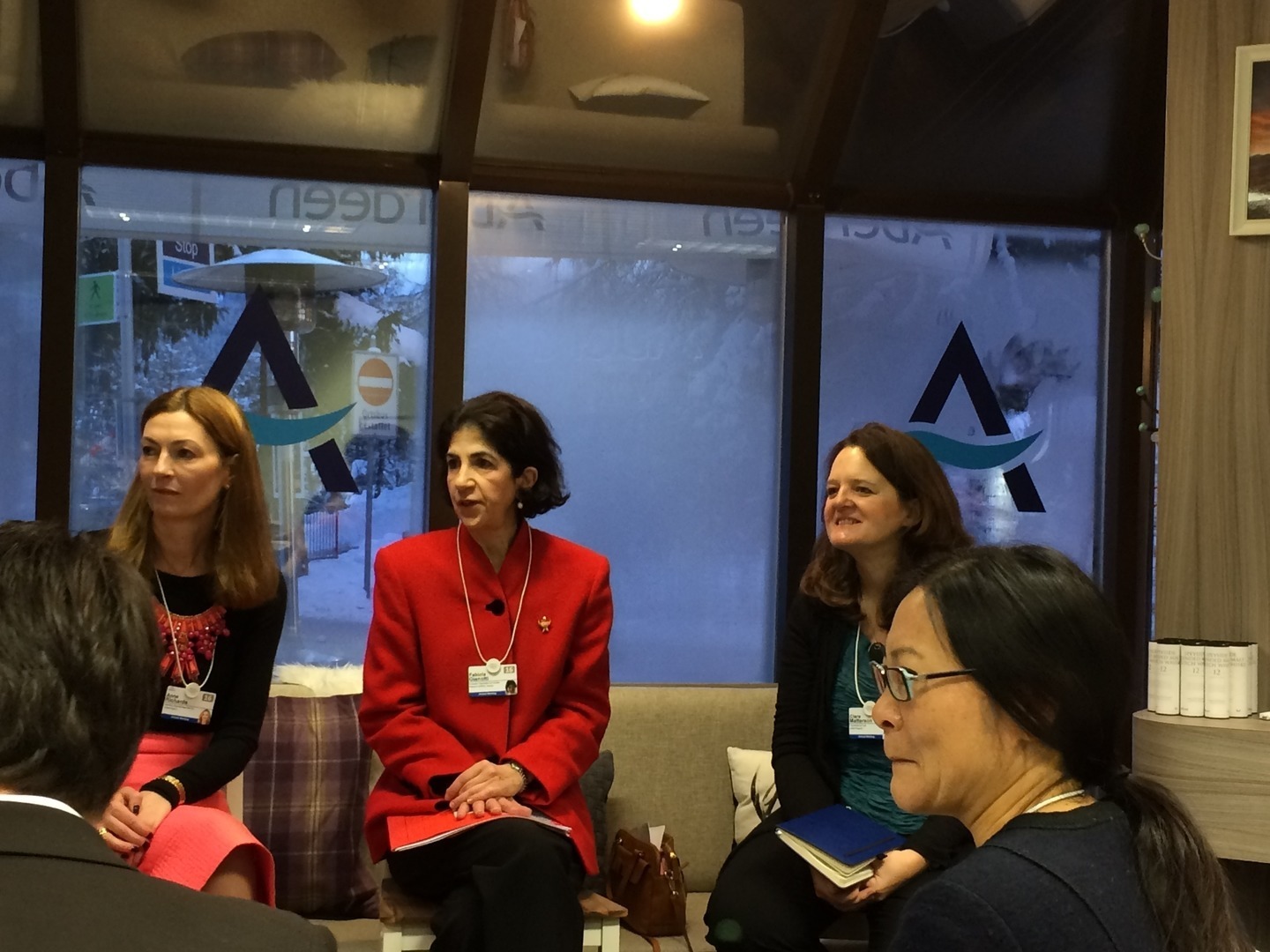 As head of a major intergovernmental organisation, CERN’s Director General has a standing invitation to attend the World Economic Forum’s annual meeting of leaders in politics, business and other walks of life at the Swiss mountain resort of Davos, and it’s an invitation that Fabiola Gianotti accepted this year. The theme for this year’s meeting was ‘mastering the fourth industrial revolution’, expected to be characterised by the rise of new technologies such as robotics and 3D printing. As with any industrial revolution, pundits are predicting this one will be disruptive before bringing wide scale benefits to humanity as a whole.

During one packed day in Davos, Fabiola  had meetings with key players in the scientific establishment, media, business and political worlds, and she took part in a number of discussions on themes of diversity, sustainable development and open innovation. Throughout, her message was one of openness and inclusion. “Diversity,” she said, “means giving the same opportunities to everybody.” On the questions of sustainability and openness, she stressed CERN’s enduring commitment to an open model of research, and the enduring success of the CERN model for long-range international collaboration.