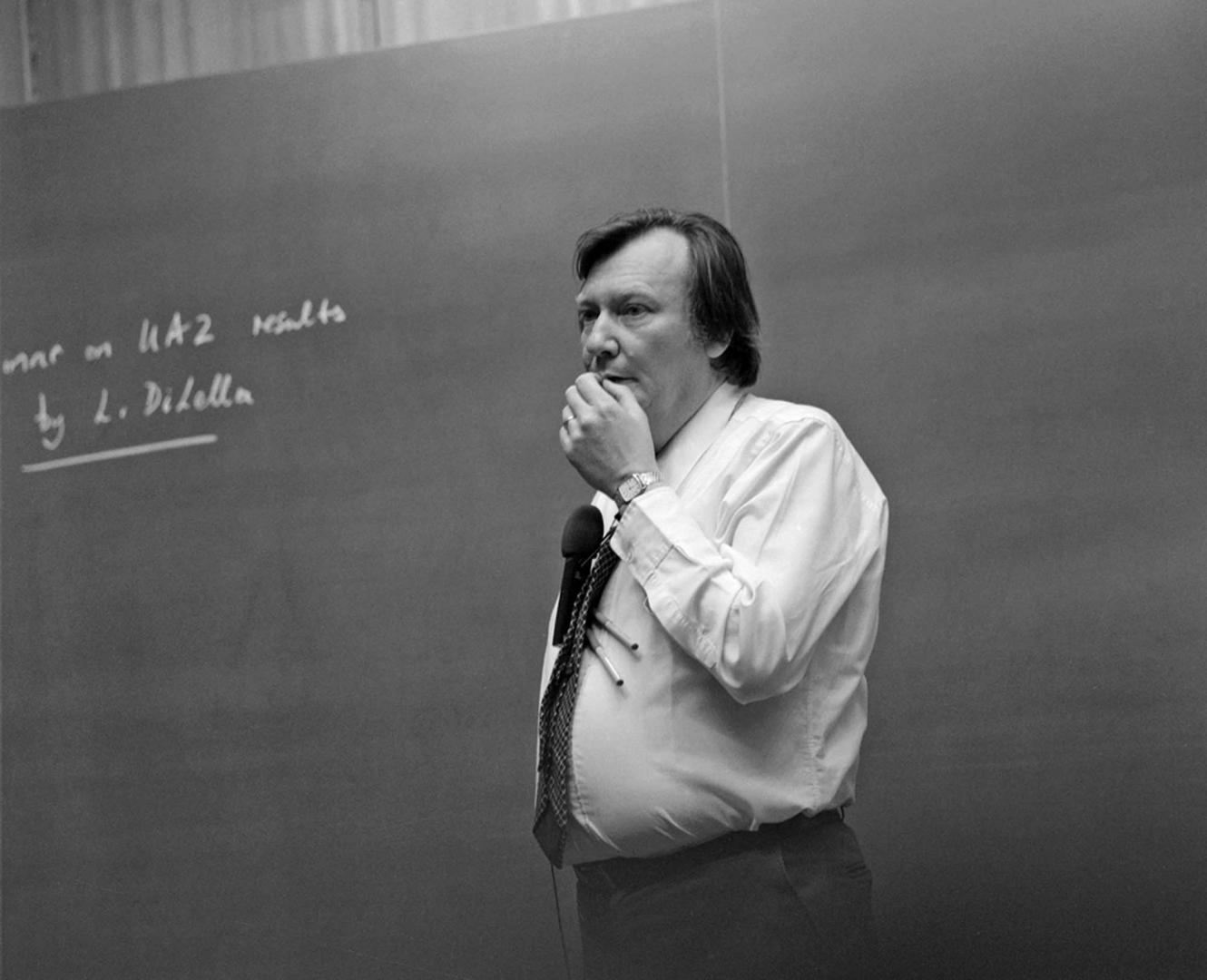 Carlo Rubbia during his talk for the discovery of the W particle in 1983 (Image: CERN)

On Friday the President of the Italian Republic Giorgio Napolitano appointed four new senators for life: the music director and conductor “maestro” Claudio Abbado, the neuroscientist Professor Elena Cattaneo, the renowned architect Renzo Piano and Professor Carlo Rubbia, who was CERN Director-General from 1989 to 1993.

In 1984, Carlo Rubbia, then head of the UA1 collaboration, was awarded the Nobel prize in physics, together with Simon van der Meer, for the discovery of the W and Z particles – at that time two important missing components of the Standard Model. During his term of office as Director-General, the Large Electron Positron collider was inaugurated and the four LEP experiments produced their first results. He also mounted the case for the new Large Hadron Collider, which in 2012 led to the discovery of a Higgs boson. In 1993, the last year of his mandate, the World Wide Web protocol and code were declared “free of charge” for all time.

“We are very proud that such a major appointment has been granted to a former CERN Director-General and eminent scientist, Professor Carlo Rubbia. It is a recognition not only of his contribution to the development of particle physics but also of his role in our laboratory’s history and prestige,” says current Director-General Rolf Heuer.

In Italy, the senators for life have the same power as elected senators, which includes the right to vote; their mandate, as the term suggests, lasts for their whole lifetime. The four new senators for life are worldwide renowned personalities in the fields of music, art and science. “I am sure that the contribution of the new four senators to our democratic institutions, including the senate and the entire parliament, will be extremely valuable in fields that are vital to our country,” says President Giorgio Napolitano in a public announcement. “They will act completely independently of any political constraints.”

Carrying the weak force: Thirty years of the ...