At a time when Hollywood rarely praises female scientists as heroes, an unusual film was released: Hidden Figures 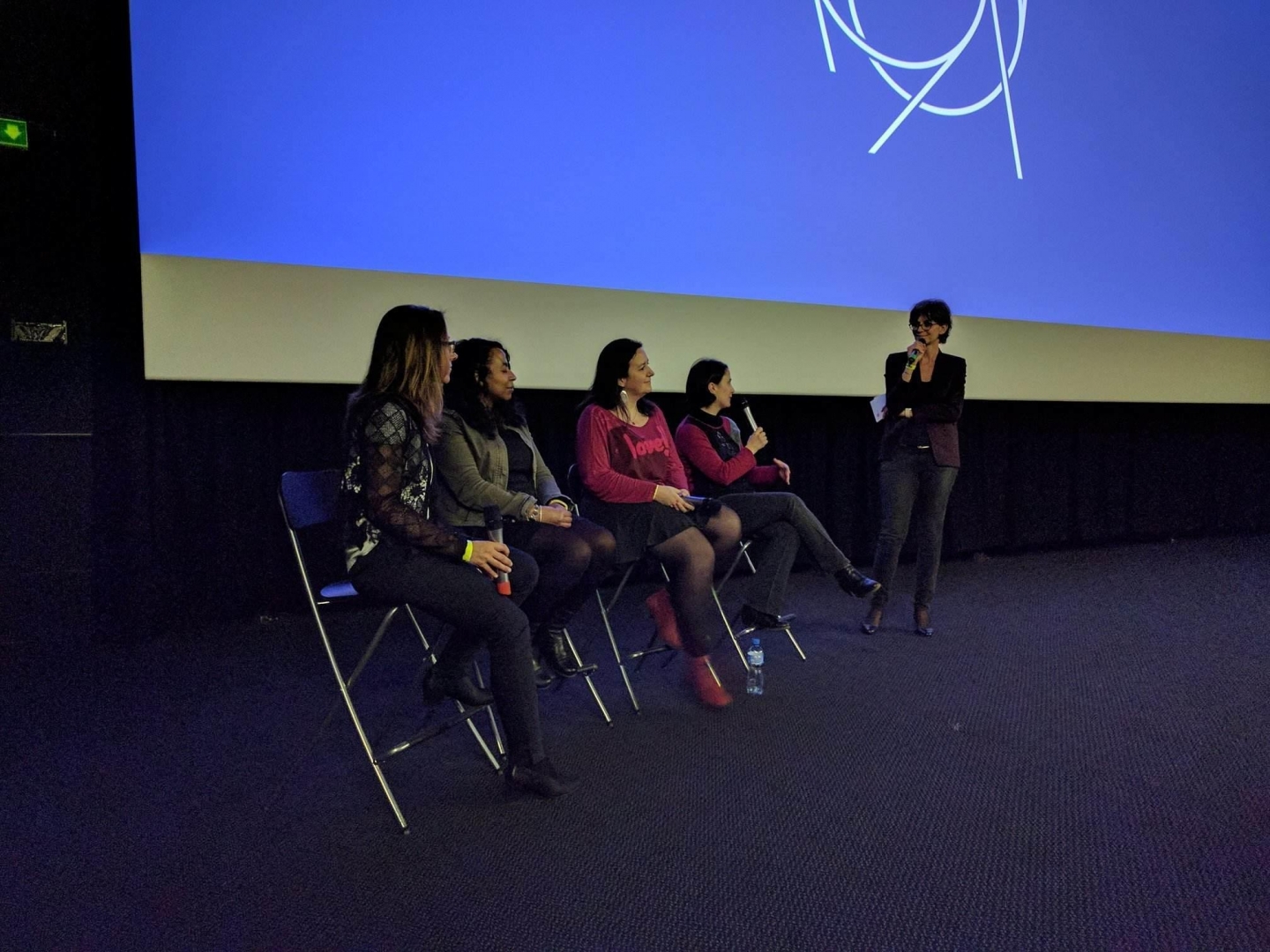 Maite Barroso Lopez, Andry Rakotozafrindrabe, Stéphanie Beauceron and Anne-Marie Magnan (from left to right) shared their experiences in a debate moderated by the science journalist Tania Chytil at the advanced screening of the movie Hidden Figures.

On Thursday, 2 March, Pathé cinema at Balexert, in collaboration with 20th Century Fox and CERN, hosted an advance screening of the movie Hidden Figures, followed by a debate on the position of women in science.

The film tells the story of three African-American female scientists who played key roles in the United States’ space conquest, contributing in particular to the preparations for putting astronaut John Glenn into orbit. African-American Ayana Arce (ATLAS) contributed to the event via a recorded interview that was shown before the film. After the film, Maite Barroso Lopez (IT department), Stéphanie Beauceron (CMS), Anne-Marie Magnan (CMS) and Andry Rakotozafindrabe (ALICE) shared their experiences and their visions with the audience in a debate moderated by science journalist Tania Chytil.

They answered questions about the alleged rivalry amongst women, about whether there is a link between CERN and NASA as pictured in the film, and about their mentors. They also recalled awkward situations in their careers. For example, one day, when visiting CMS with Stéphanie Beauceron, a journalist asked the press officer accompanying them when she would meet the CMS physicist for the interview, even though she had actually been talking to her – yes, her – for the past hour. Another time, a thesis supervisor scrutinised Anne-Marie Magnan and claimed that “being a woman and being short, you will never make it”. Women’s toilets can also be tricky to find, since in some buildings they are on a different level – or not there at all, as experienced by Andry Rakotozafindrabe.  Unsurprisingly, the key conclusion of the evening was that mentors, parents, teachers and thesis supervisors all play a big role in many decisions. Yet in all cases, the members of the panel unanimously agreed that female students should never give up their dream of pursuing a career in science or technology. The good attendance at this event is a sign that the general public is definitely interested in such topics. Approximately half of the audience stayed for the post-film debate.