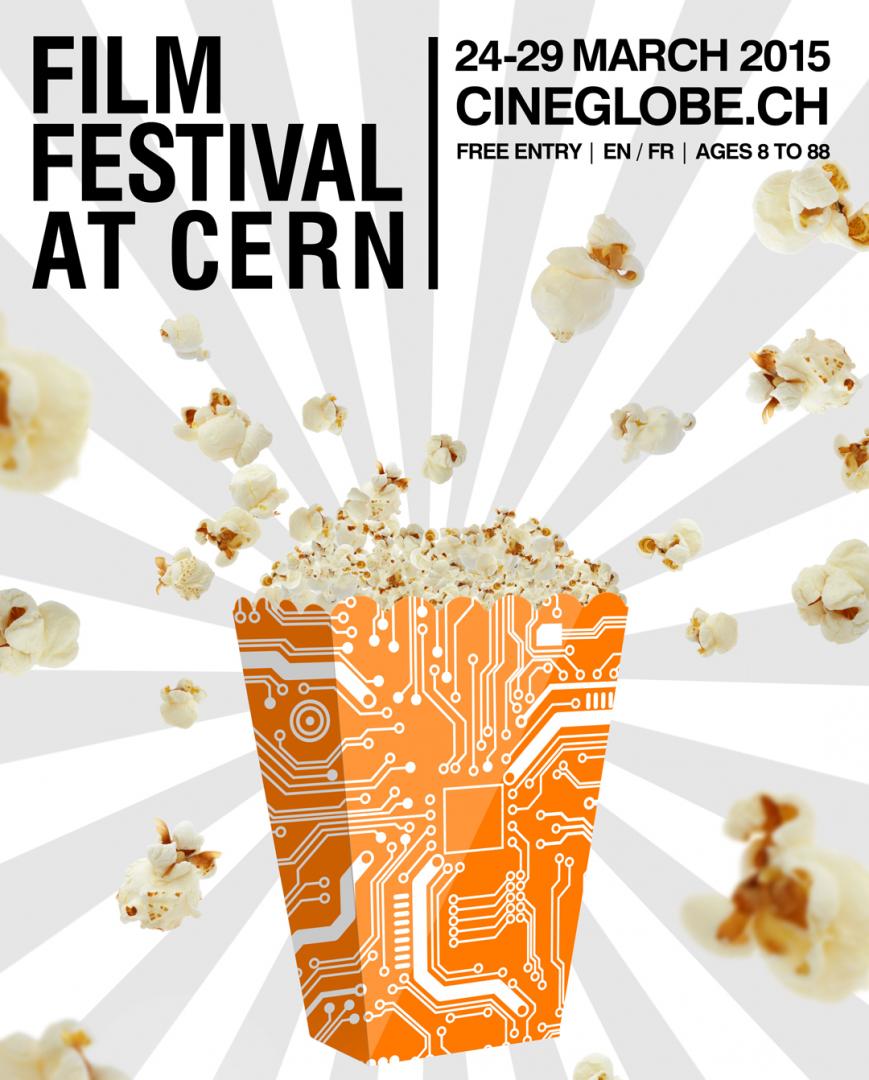 CERN will be hosting the next CineGlobe International Film Festival on 24 – 29 March. For its fifth edition, CineGlobe celebrates the theme of ‘Convergence’. “The festival is about the convergence of art, cinema and science. This year, CineGlobe witnesses how science is changing the way we tell stories in art and cinema”, says Neal Hartmann, the festival’s director.

Selected from more than 900 submissions spanning 5 continents, 58 short films “inspired by science” will compete. A jury composed of scientists, artists and filmmakers will award prizes for the best films screened during the festival.

The festival, which is free and open to all, will also invite the audience to meet the filmmakers, participate in debates and workshops.

A special landmark for this year is the 360-degree projection of films in a geodesic dome. Animated by a local visual artist, the dome will be the venue for evening events and interactions and will feature the avant-première of “Phantom of the Universe”, a half-hour planetarium show created at CERN that examines the mysteries of dark matter and dark energy.

Special evening events will be webcasted including the opening night featuring an opera film shot in the Large Hadron Collider (LHC), the awards ceremony and the closing ceremony which will pay tribute to the people living on top of the LHC through the documentary "The Circle".

The event will take place in French and in English. For the full schedule and all information, consult the Festival website.
More information about the events webcasted, on this Facebook page.