This week the first of the 16 cells of SESAME’s storage ring was installed in the shielding tunnel in the centre’s experimental hall in Allan, Jordan 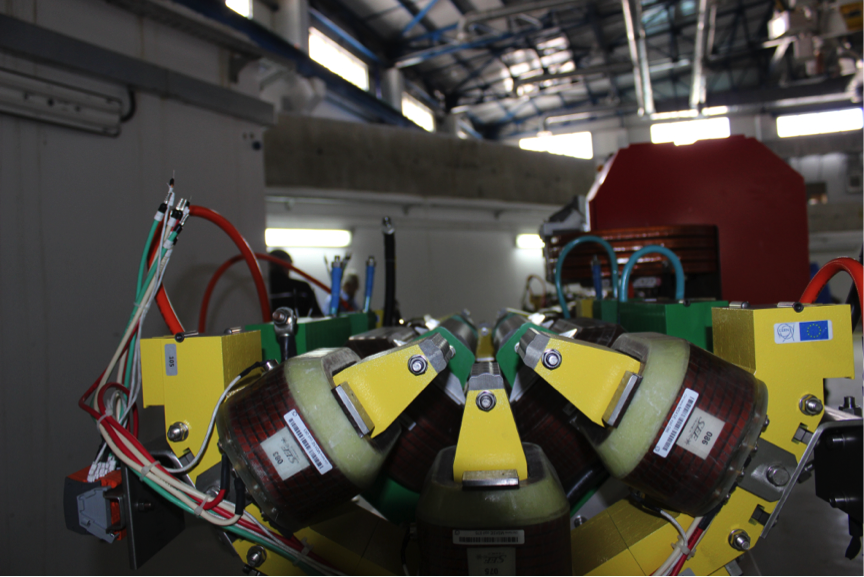 In a historic moment for science in the Middle East on 10 February 2016 the first cell of SESAME’s storage ring was installed in the Centre’s experimental hall in Allan, Jordan. (Image: SESAME)

The first of the 16 cells of SESAME’s storage ring was installed recently in the shielding tunnel in the Centre’s experimental hall in Allan, Jordan.

SESAME will be the Middle East’s first synchrotron light source.

The installation was led by SESAME’s Technical Director, Erhard Huttel, with help from members of CERN forming part of the CESSAMag (CERN-EC Support for SESAME Magnets) team as well as scientists and technicians from the SESAME region.

Each cell consists of magnets (dipole, quadrupoles and sextupoles) and the vacuum chamber, supported by a girder.

After many years in the making, commissioning of SESAME is scheduled to begin in 2016, serving a growing community of some 300 scientists from the region. The initial research programme will cover topics as diverse as the search for new cancer drugs to the exploration of the regions shared cultural heritage. SESAME is also a pioneer in promoting international cooperation in the region.

The laboratory is expected to become operational with two beamlines in 2017.