Kilts, fiddles, and the Higgs boson 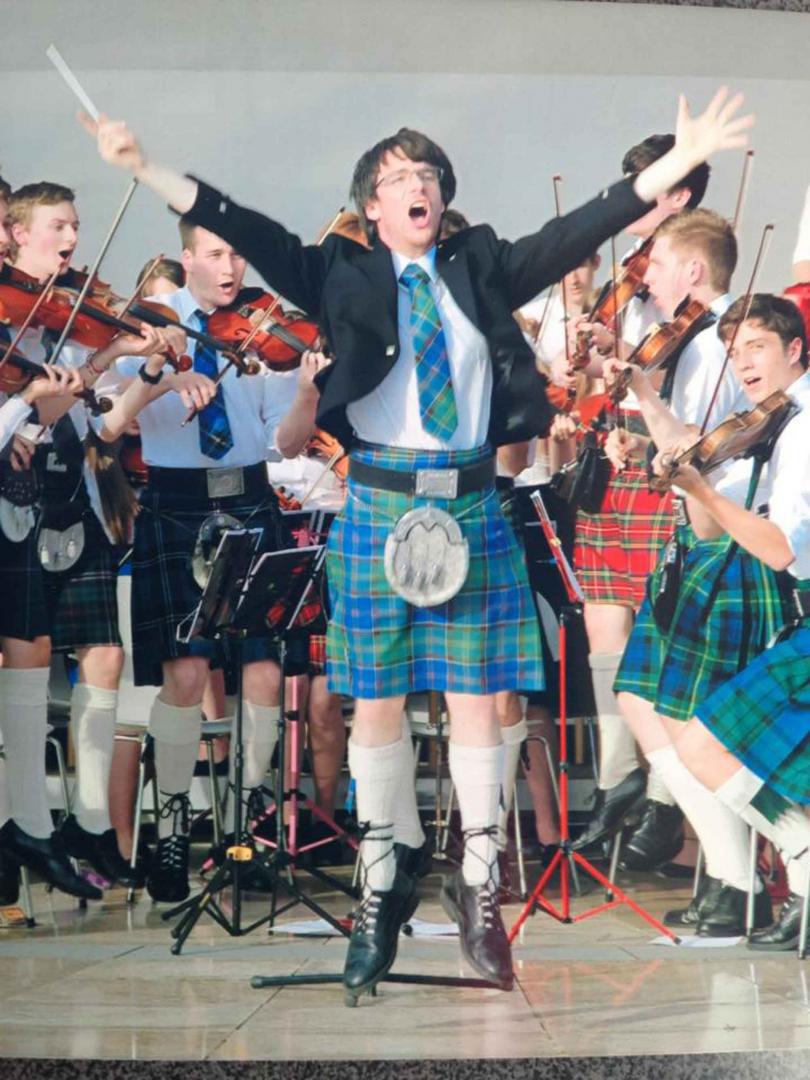 Lunchtime today saw a packed CERN auditorium clapping and stamping along to the sound of reels, jigs and airs played by the talented Ayrshire Fiddle Orchestra from the region near Glasgow in Scotland.

For half an hour, the orchestra, composed of over 100 players aged 10-18 and conducted by musical director David Moore, brought the CERN auditorium to life with violins, cellos, guitars and percussion. Their visit is part of a European tour to celebrate the orchestra's 30th anniversary.

"We were in Geneva and thought that CERN would be a very exciting place to come and share our music," says Moore. "I learnt so many things on the CERN visit this morning – which I hope not to forget!"

A highlight of the concert was the world premiere of The Higgs boson, a fiery tune composed by fiddle player Joe Cherry, 17. A slow melody played on bagpipes outside the auditorium exploded into a lively rhythmic piece complete with furious fiddles and an epic drum solo [see a video of the performance]. Needless to say, The Higgs boson got a standing ovation from the CERN crowd.

Missed the lunchtime concert? The Ayrshire Fiddle Orchestra are playing at the Scots Kirk in Geneva today at 7pm CET. Admission free.