Maximum atmosphere at the Mini Atmoiades 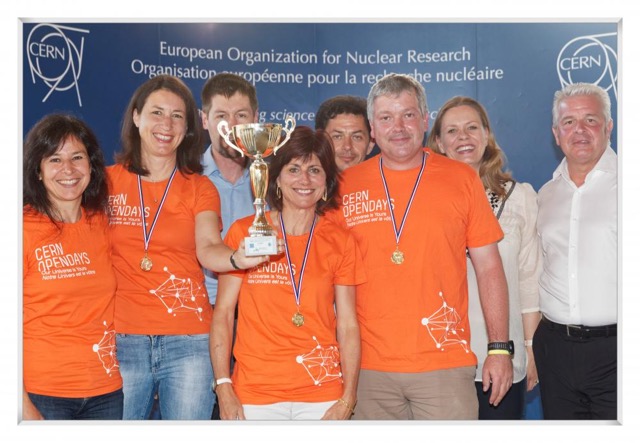 Over 180 participants from 10 different European Scientific Research Institutes came together on the first weekend of June in Divonne-les-Bains to take part in the ASCERI Sport & Science Mini Atomiades. Sports men and women from Belgium, Germany, France, Hungary, Russia and Switzerland battled it out in four different tournaments for medals, cups and, above all, lots of fun.

The four disciplines included football, golf, tennis and a 10km race. CERN was victorious in tennis, golf and the men's and women's 10k, and despite the CERN football team putting up an excellent fight against some very strong teams they came almost last (we cannot win everything, can we?). But CERN were the clear winners for team spirit, community and camaraderie, as confirmed by all the compliments we received from the other institutes following the event.

The Atomiades events are not only an opportunity to compete in the spirit of fair play with our counterparts in other European Scientific Research Institutes, but also to network and build links during the post tournament events, and what better way to do so than over a nice meal and good music. Our CERN colleagues pulled out all the stops to provide our guests with top-notch entertainment, for which we are extremely grateful. Indeed the success of the event was due to all the volunteers who gladly gave up their time to organise the different tournaments, help with the catering, take photographs and welcome our colleagues; again we are very grateful for their invaluable support.

Next week is CERN Clubs week