A new era for CERN-US collaboration in particle physics

Following the signature of an umbrella agreement in May, a series of detailed CERN-US protocols was concluded today in a short ceremony at CERN 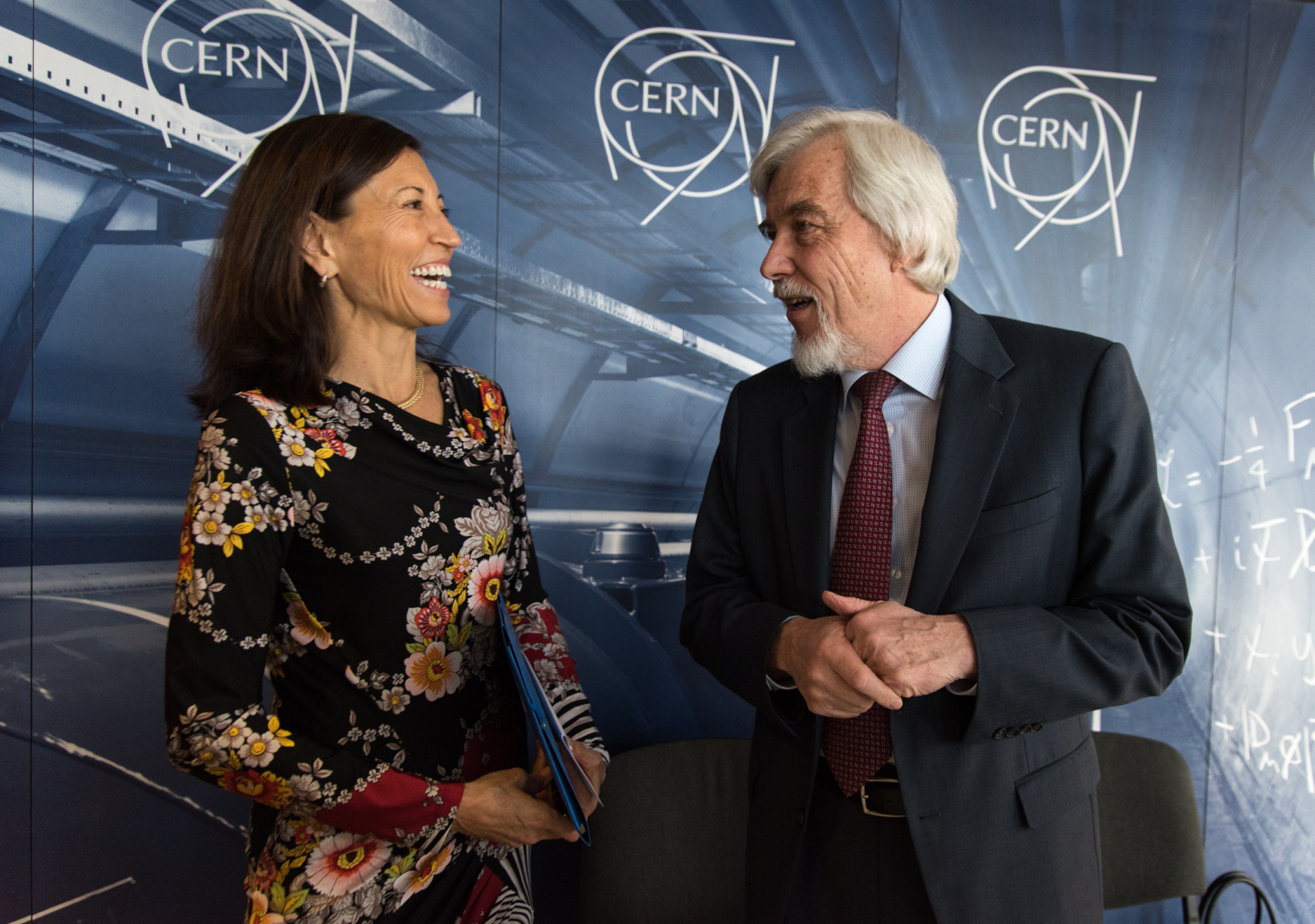 Collaboration between CERN and the US is nothing new. The American Nobel-Prize winner, Isidor Rabi, was among CERN’s founding fathers, and it was not long after the Laboratory was established that close collaboration between CERN and the Brookhaven National Laboratory took root. Since then, the number of US partners for CERN has multiplied, with the arrival of laboratories such as Fermilab and SLAC on the global particle physics scene. Today, the US is a valued partner in the LHC, contributing to the capital investment in the facility, to the running of LHC experiments and to the globally distributed computing infrastructure necessary to process the vast data volumes produced by the experiments.

Today’s agreements herald a new era in CERN-US collaboration in particle physics. They confirm the US’s commitment to the LHC project, and for the first time, they set down in black and white European participation through CERN in pioneering neutrino research in the US. They are a significant step towards a fully connected trans-Atlantic research programme.

In anticipation of today’s agreements, CERN no longer runs its own neutrino beams. Instead, it will serve as a platform for European scientists engaged in neutrino detector R&D who will go on to work at neutrino experiments in the US and elsewhere.

Looking further ahead, today’s protocols codify the on-going collaboration between CERN and the US on future facilities that might succeed the LHC around 2040.

These protocols are a significant step on the way towards a truly integrated trans-Atlantic research programme in particle physics.