The third biennial African School of Fundamental Physics and its Applications (ASP) took place in Dakar, Senegal, on 3-23 August 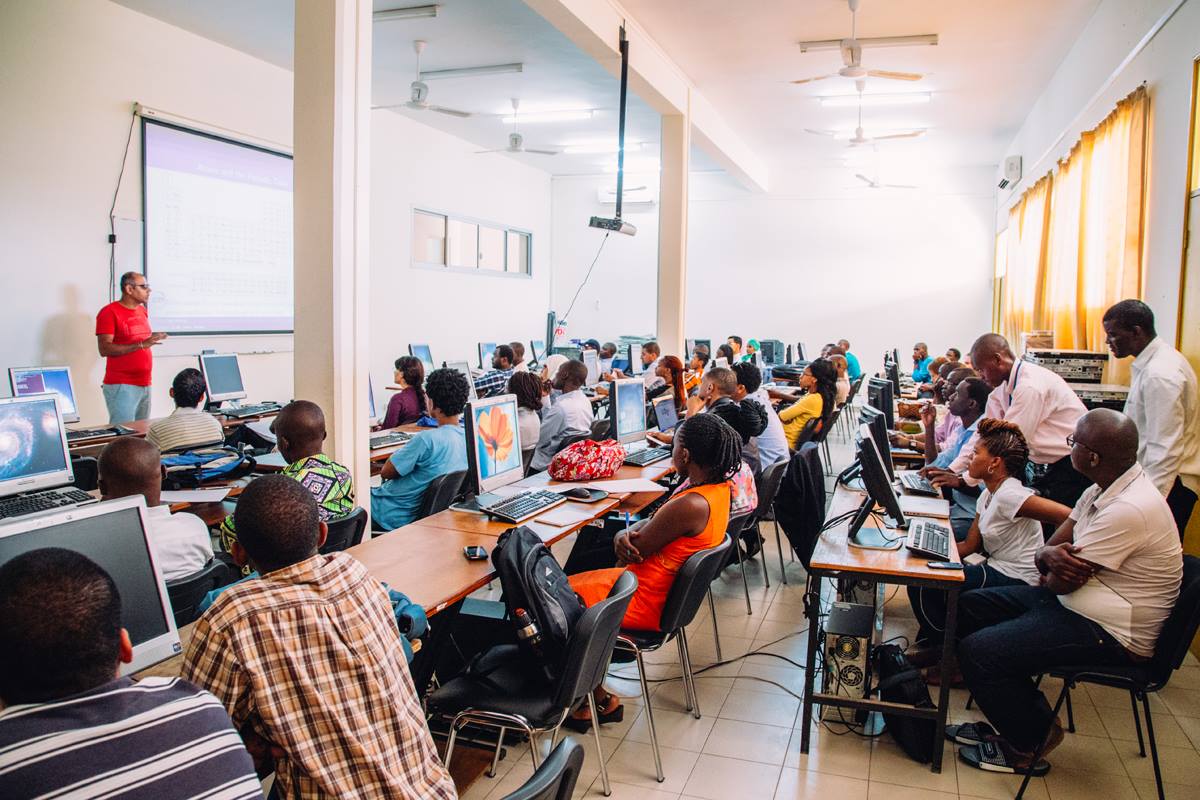 The third biennial African School of Fundamental Physics and its Applications (ASP) took place in Dakar, Senegal, on 3-23 August

The aim of the African School of Fundamental Physics is to build capacity to harvest and interpret the results of current and future physics experiments with particle accelerators and to increase proficiency in related applications, such as in medicine and in information technology. Organized in a Sub-Saharan African country every second year, it is based on a close interplay between theoretical, experimental and applied physics and computing.

This year, ASP2014 attracted 328 applicants, of which 69 were selected, given budget and logistical considerations, and 56 ultimately attended. The selected students came from 21 African countries – the highest number so far – in addition to one student from Iran and another one from the US. As many as 32% of the students were female, which is a significant increase compared to the previous two schools.

ASP2014 also saw a broader sponsorship with the increasing role of the United Nations, offering via the International Telecommunication Union (ITU) scholarships to ten students from the least developed countries, including five female students. The EU-funded Cryogenics, Accelerators and Targets at HIE-ISOLDE (CATHI) Marie Curie Initial Training Network, hosted at CERN, also offered nine scholarships and the participation of two lecturers. All together the school received financial support from 42 institutions in Africa, Europe, Asia and the US, including the International Centre for Theoretical Physics (ICTP), INFN, CERN and other major particle-physics laboratories, as well as governmental institutions in Africa, Europe and the US - all of whom foster the goals of the school. In particular, ICTP provided secretarial assistance for student selection and travel arrangements, as well as financial support for 14 students and one lecturer.

As in previous years, topics included particle physics, particle detectors, astroparticle physics and cosmology, accelerator technologies and some of the applications, such as medical physics and light sources, as well as Grid computing. However, the programme continues to evolve to take account of feedback from the students and there is now more emphasis on, for example, digital libraries, the Grid and using Linux.

An additional "Forum and Outreach" event took place on 16 August, organized with students, lecturers and local policy makers. This year they were honoured to welcome the Secretary-General of the ITU, Hamadoun Touré, who gave a very inspiring speech. The day also served to emphasize the development of the Digital Library thanks to the effort of CERN and UNESCO.

For more about the school visit www.africanschoolofphysics.org. For a longer article about the first school, see "Into Africa – a school in fundamental physics" – CERN Courier

Ubuntu* - a powerful motto for an important e...

The African School of Physics: a springboard ...