On 4 July 2017, the Republic of Slovenia became an Associate Member State of CERN in pre-stage to Membership 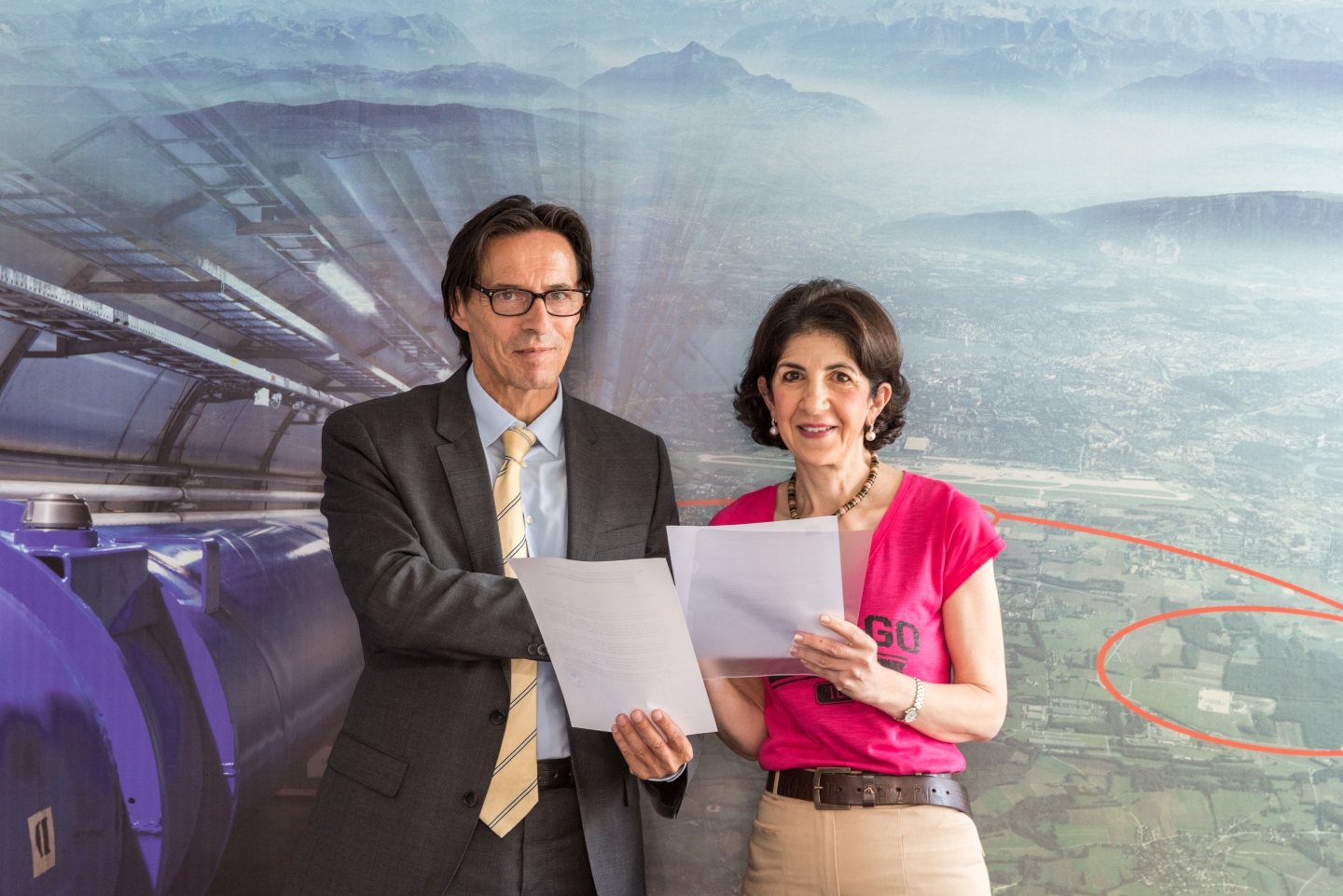 Vojislav Šuc, Ambassador of the Republic of Slovenia to the United Nations Office and other international organisations in Geneva, gives the official letter of notification to Fabiola Gianotti, CERN Director general. (Image: Maximilien Brice/CERN)

Slovenia has a tradition of cooperation of several decades with CERN. Slovenian physicists contributed to the CERN programme long before Slovenia became an independent state in 1991, participating in an experiment at LEAR (the Low Energy Antiproton Ring) and on the DELPHI experiment – part of CERN’s previous large accelerator, the Large Electron Positron collider (LEP). In 1991, CERN and the Executive Council of the Assembly of the Republic of Slovenia concluded a Co-operation Agreement concerning the further development of scientific and technical co-operation in the research projects of CERN. In 2009, Slovenia applied to become a Member State of CERN.

For the past 20 years, Slovenian physicists have been participating in the ATLAS experiment at the Large Hadron Collider, from research and development, through construction and commissioning, to harvesting the physics results. Their focus has been on silicon tracking, protection devices and computing at the Slovenian TIER-2 data centre. They remain committed to the tracker upgrade, making use of the research reactor in Ljubljana for neutron irradiation studies.

Slovenia is joining Cyprus and Serbia as an Associate Member State in the pre-stage to Membership of CERN. After a period of five years, Council will decide on the admission of Slovenia to full Membership.