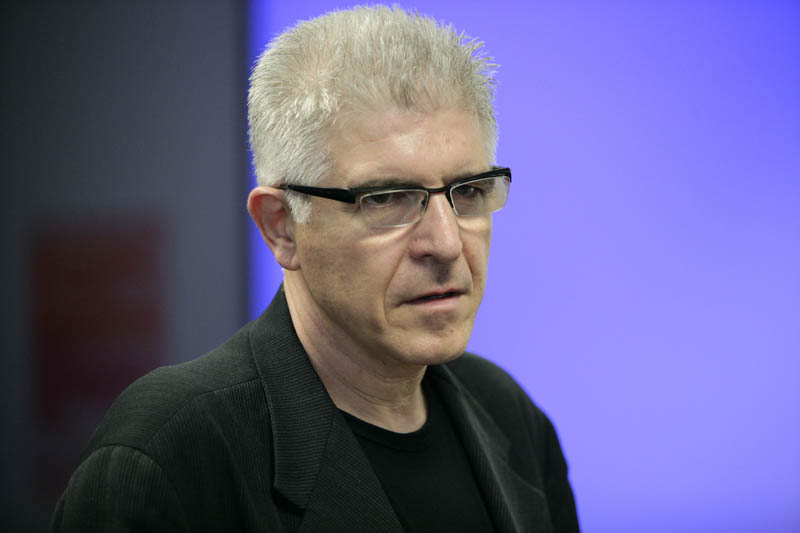 Bill Fontana, American sound sculptor and winner of the second Prix Ars Electronica Collide@CERN, begins his arts residency at CERN 4 July with a lecture at the CERN Globe of Science and Innovation which will be webcast live.

Bill Fontana, whose mantra is “all sound is music” is one of the world’s most renowned sound sculptors. He is internationally known for his pioneering experiments in “sound art” that have featured in some of the world’s leading arts institutions all over the world, including Tate Modern and The Whitney Museum of American Art. He studied with the composer John Cage who transformed his understanding of the world as a universe of sound.

Fontana will work with theorist Subodh Patil, his science inspiration partner during his time at CERN. Fontana will explore the world’s largest and highest-energy particle accelerator, along with other aspects of the CERN site in his project entitled ‘Acoustic Time Travel’.

“The sounds of the Large Hadron Collider and its technology will best be captured and sculpted by one of the world’s leading sound artists,” said CERN Director General Rolf Heuer. “Bill Fontana creates sound pieces out of some of the most iconic buildings and structures in the world, and it is now the turn of the LHC.”

Follow the webcast live from 6.30pm on 4 July. See here if you are in the Geneva area and would like to attend in person.