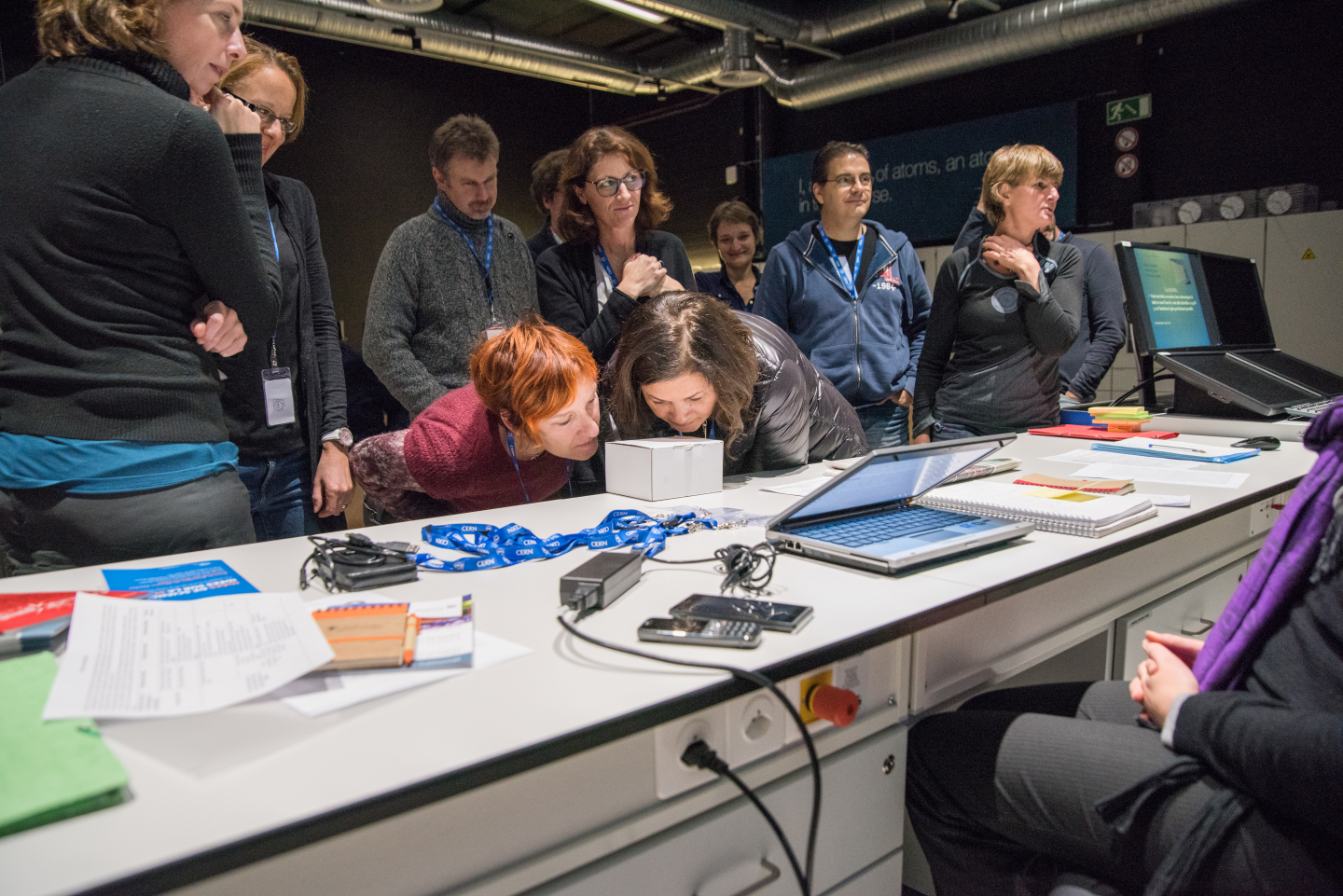 From 8 to 10 December, 18 teachers from all over France attended a three-day training course on matter, organised by the LAMAP Foundation (Fondation La main à la pâte, see here) and hosted by CERN and S'Cool LAB. The LAMAP Foundation, set up by Georges Charpak in 1995, aims to help primary school teachers use the investigative process to instil the scientific spirit in their pupils.

Fired by curiosity and eager to learn, the teachers were introduced to the many and varied activities on offer at CERN, including the cloud chamber experiment, the Masterclass programme and the "Be a physicist" learning scheme. They particularly enjoyed their tours of Microcosm, the Synchrocyclotron and the ATLAS visitor centre, which stimulated many questions. They are eagerly looking forward to passing on their newly found knowledge to their pupils and perhaps even inspiring some to take up a career in physics!

Last but not least, they were treated to a projection of the documentary film Particle Fever, which they all enjoyed immensely!

This was the second course organised in partnership with the LAMAP Foundation. CERN and LAMAP are planning to set up a cross-border pilot centre for teachers in the local region.