UNOSAT joins the fight against Ebola 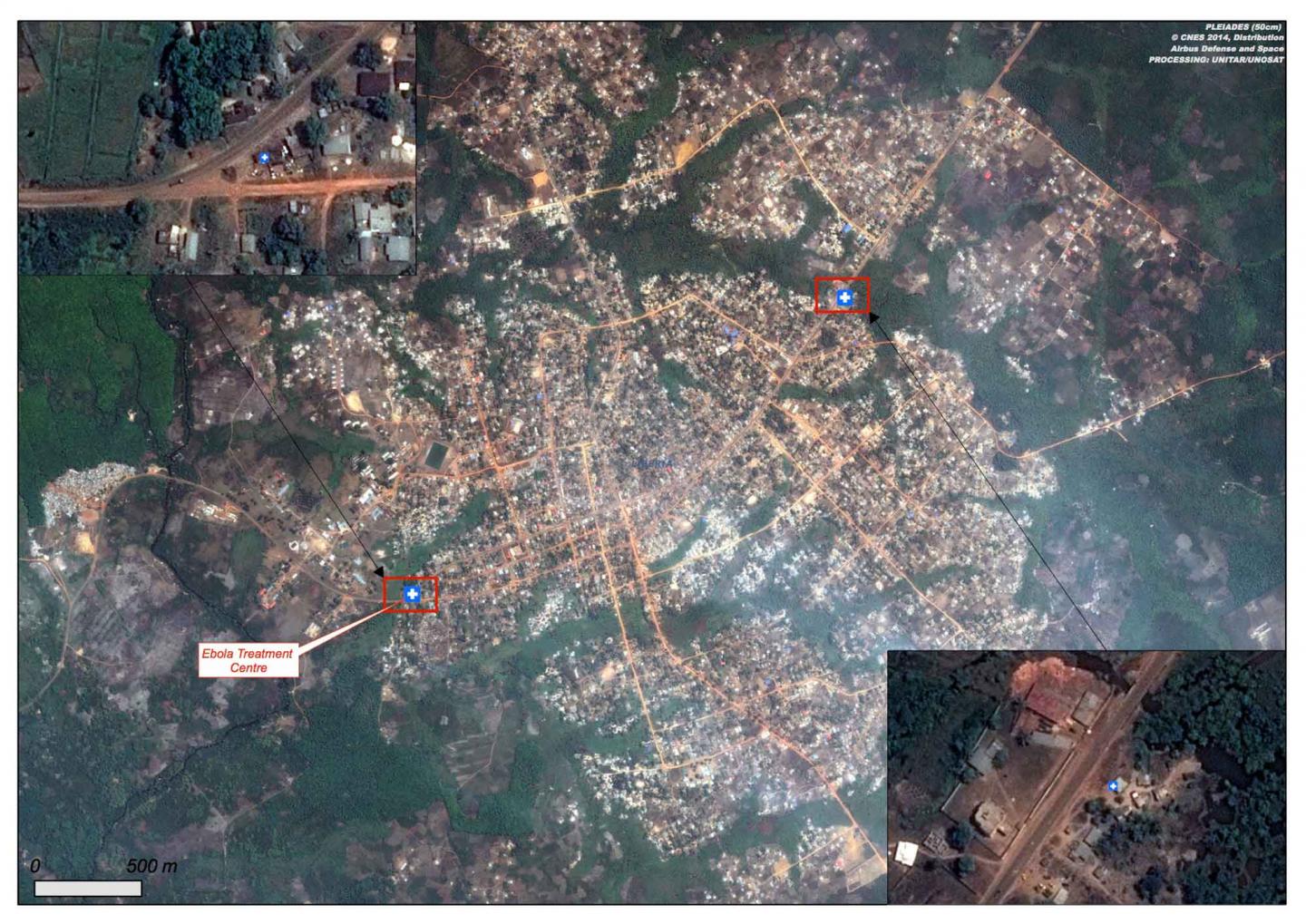 Hosted at CERN, UNITAR’s UNOSAT programme examines global satellite imagery for humanitarian use. Whether they're providing maps for disaster response teams or assessing conflict damage to help reconstruction, their detailed reports are vital tools for aid workers. But how can satellite imagery help during a health crisis like the Ebola outbreak?

UNOSAT unites satellite data from space agencies and commercial operators worldwide in order to provide unbiased, objective maps and reports. Be it a natural disaster in Pakistan or a refugee crisis in Sudan, UNOSAT is - quite literally - an impartial observer of world events. The Ebola outbreak, however, was a special case: "The World Health Organization is mounting a substantial campaign in West Africa, building Ebola Treatment Centres and distributing personnel across the affected countries," says Einar Bjorgo, UNOSAT manager. "However outbreaks are arising in areas that are extremely remote and where information is limited and often outdated... that is where we come in." UNOSAT is providing brand new, high-resolution maps - custom made for the WHO teams - which are directly accessible on their internal information systems.

"This is one of the many advantages of being based at CERN," explains Samir Belabbes, who is working on the UNOSAT Ebola efforts. "We can download all the satellite images here, process them from their raw data format, and then we put them on a CERN server that feeds an interface for WHO workers on the ground. They are able to access specific satellite maps straight off the interface - a great tool especially in areas where computing power and bandwidth are limited."

UNOSAT launched its Ebola efforts by activating the Disasters Charter. "The Charter ensures that UNOSAT receives free satellite imagery from national and international space agencies in the event of a natural or technological disaster," says Einar. "The Ebola outbreak merited the activation of the Charter - a first for such a health emergency - and now satellites from every continent are supporting the fight against Ebola."

After the immediate logistical support has been accomplished, UNOSAT will continue to collaborate with WHO teams in West Africa. "We will be following up on the construction of Ebola Treatment Centres, providing new images of the centres at WHO-requested intervals," explains Einar. "This is a means for us to follow up on the centres once construction resources have been distributed." Without taking a step outside of CERN, the UNOSAT team will be keeping us up-to-date with the most remote parts of the outbreak area.