What happened while the LHC slept over winter? 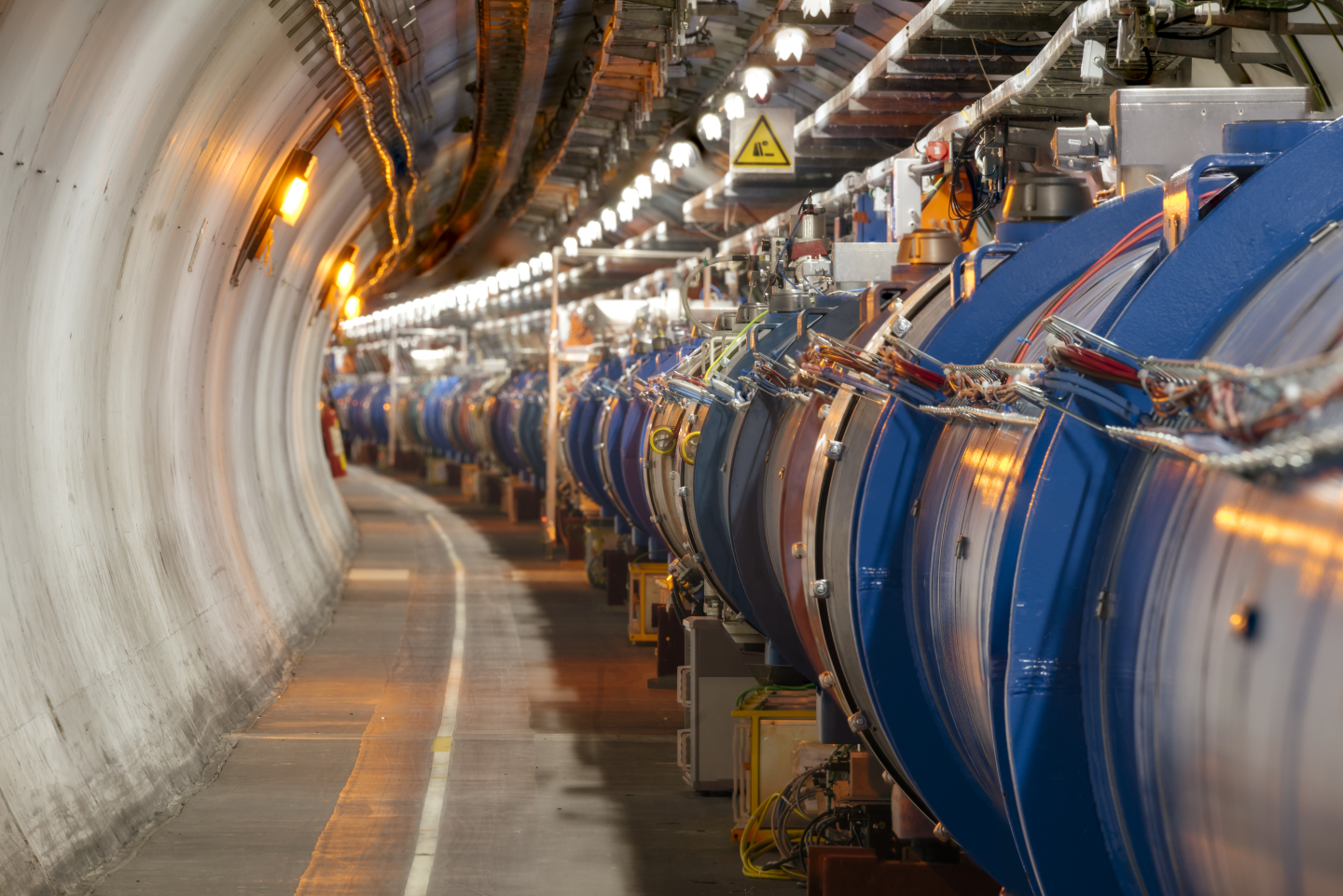 The winter shutdown of the LHC enabled upgrades and maintenance to take place (Image: Maximilien Brice/CERN)

Since the beginning of December, hundreds of people have been busy underground at CERN, working to make important repairs and to upgrade many facilities, across the whole of CERN’s accelerator chain and experiments.

This year the annual shutdown, called the Extended Year End Technical Stop (EYETS) is particularly long, lasting until May 2017, to allow more work to be carried out than in previous years.

At the beginning of the shutdown, the entire machine was drained of its liquid helium to avoid wasting any of the precious element, while important work was done to the LHC’s cryogenics system.

After removing the helium, scientists and engineers were also able to check the cooling and ventilation, vacuum, electrical and other systems, to make sure they were running properly.

Next, the technical team have had to replace one of the 1232 magnets in the LHC’s ring. Once the magnet was replaced, the team had to carry out many tests at room temperature, triple-checking the magnet was connected properly with no leaks, or deformation.

Also, the Super Proton Synchrotron (SPS) beam dump needed replacing. Beam dumps are radiation-shielded blocks, deep underground, where scientists can choose to send beams that have become degraded so that they can be safely absorbed.

Issues with the SPS dump last year had limited the number of particle bunches that could be injected into the Large Hadron Collider (LHC), so it needed to be replaced. A heroic effort was made to re-design and produce a new beam dump, which was finally installed in March and will allow the SPS to reach its full performance again for the 2017 run.

A large part of the shutdown had been identifying and labelling individual cables and removing unnecessary ones in preparation for the many new cables that will be needed for future upgrades.

Over the past few weeks the helium has been re-injected into the system and is being slowly cooled so that the machine can be handed back to the operations teams. From now, the injectors in the accelerator chain are being reawakened.

The experiments also used this time to maintain and improve their machines, including the replacement of the detector’s pixel tracker, at the heart of the experiment. All the experiments are now doing final checks before the caverns close, in time for the LHC to be able to inject the first beam in early May.