At Quark Matter 2014 this week in Germany, the ALICE, ATLAS and CMS experiments are presenting the latest results from the LHC's heavy-ion programme 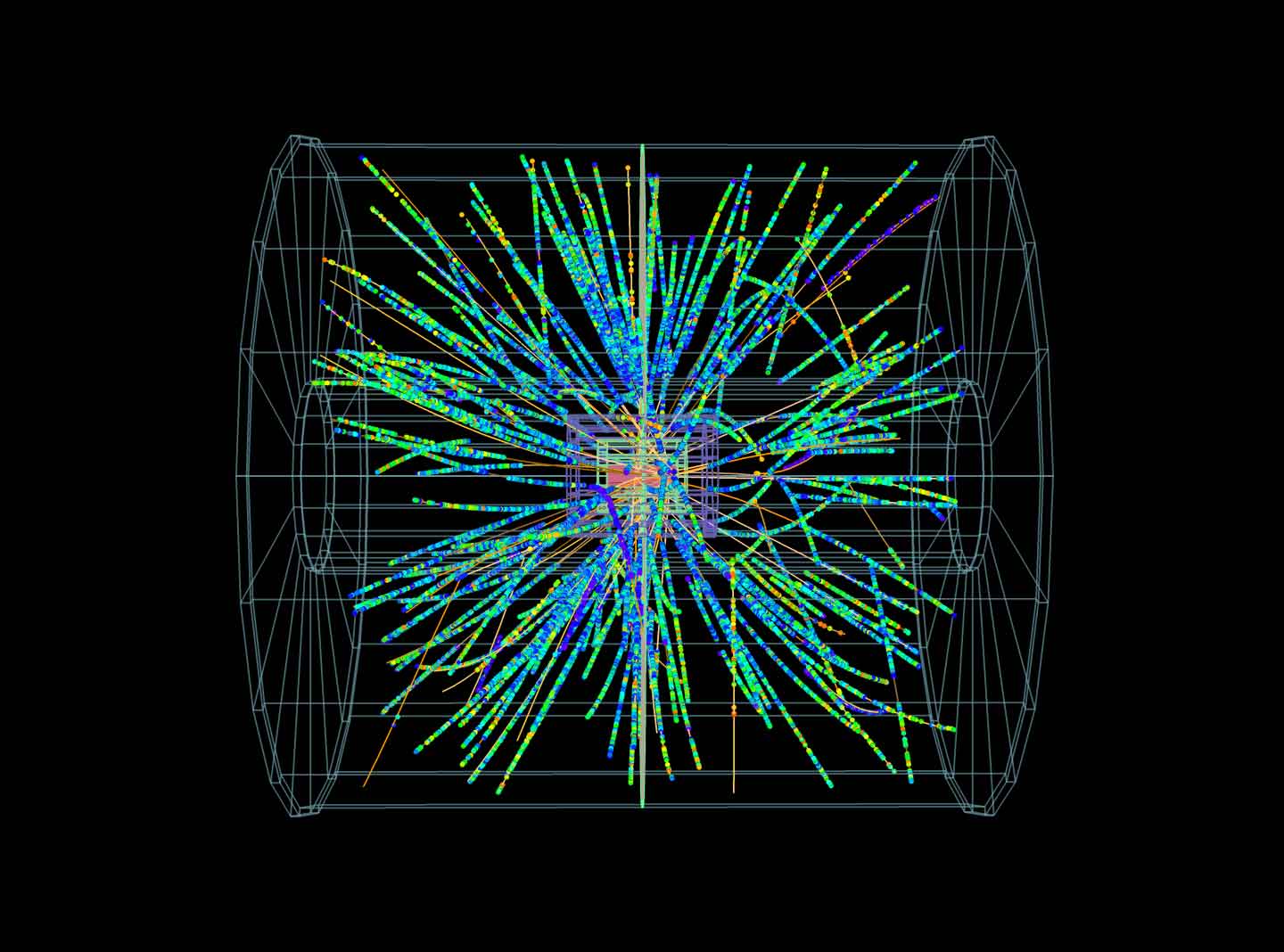 This week the international Quark Matter conference has returned to its original setting in Darmstadt, Germany. Since it began in 1980, the conference has brought together theorists and experimentalists at the forefront of high-energy heavy-ion physics. More than 800 researchers have gathered for this year's Quark Matter and representatives of the ALICE, ATLAS and CMS experiments at CERN are among them to present their latest results.

For part of each year before the first long shutdown of the CERN accelerator complex, the Large Hadron Collider (LHC) collided lead ions. The collision energies were so high that they would briefly recreate conditions thought to be similar to those just microseconds after the big bang. And for the LHC's last run before it closed for maintenance in February 2013, it collided lead ions with protons. Though these proton-lead collisions were not part of the original plan for the LHC, they nevertheless revealed some rather surprising results.

At this week's conference, ALICE researchers are presenting 32 talks and more than 70 posters including detailed studies of the properties of hot, dense, partonic matter created in heavy-ion collisions and new results from the study of proton-lead collisions. "Some of the measurements performed with proton-lead reactions do not only provide new insight into the understanding of the initial stages of heavy-ion collisions, but also reveal effects that were not thought of before," says ALICE physics coordinator Federico Antinori. According to the ALICE team, the proton-lead results – together with a series of improved measurements of lead–lead and proton–proton collisions – allow for an unprecedented insight into the rich physics at play in extended strongly interacting systems. [More on the results from ALICE]

Though the ATLAS and CMS experiments were primarily designed to study proton-proton collisions, in Darmstadt the collaborations are presenting results from their heavy-ion physics programme. The most recent analyses have focused on proton-lead collisions, in particular a "ridge phenomenon" which could be interpreted as hydrodynamic expansion of quark–gluon plasma, a state of matter thought to have existed a few milliseconds after the big bang. [More on the results from CMS]

For a more detailed account of the physics results, check out the June edition of the CERN Courier or see a list of the talks at Quark Matter 2014 [PDF]